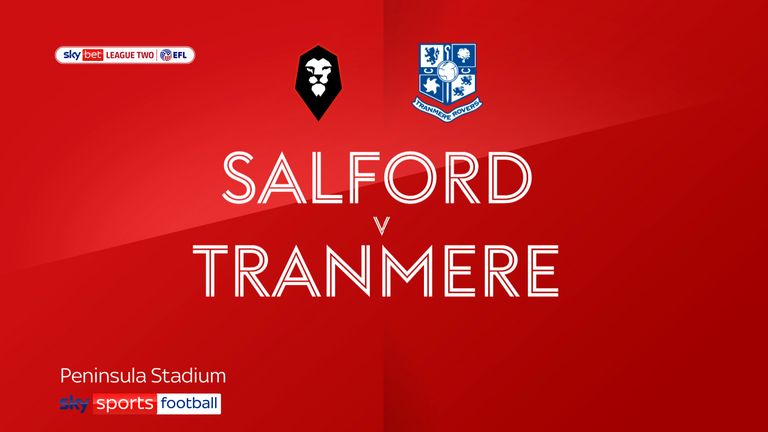 Tranmere produced a stunning late fightback to earn a 2-2 draw at Salford.

Kieran Morris and Paul Lewis scored in the final five minutes as Rovers came from 2-0 down to earn a point after former Manchester United striker James Wilson had helped the hosts establish a healthy first-half advantage.

The 24-year-old Wilson marked his first home start with a venomous left-footed effort into the top corner, having already produced the pass for Richie Towell’s deflected strike that gave Salford a second-minute lead with their first attack of the game.

From 2-0 down, Rovers improved after the break but left it very late.

Morris struck to set up a frantic finish with a terrific drive before the real drama arrived in added time.

With Roy Keane, Paul Scholes and Gary Neville watching on and Salford hanging on, Lewis fired home low with his right foot from 20 yards to give jubilant Rovers an unlikely point.

New top-flight pay-per-view scheme to 'drive fans to illegal streams'
Havertz explains difference between Premier League and the Bundesliga
Best News
Recent Posts
This website uses cookies to improve your user experience and to provide you with advertisements that are relevant to your interests. By continuing to browse the site you are agreeing to our use of cookies.Ok