St Mirren are at the centre of a coronavirus lockdown scare, a week before the scheduled kick-off of the new Scottish Premiership season.

The Scottish Government were informed by the SFA / SPFL Joint Response Group of positive test results within the Paisley club on Thursday morning.

Seven members of the club’s backroom staff have now been sent into quarantine. 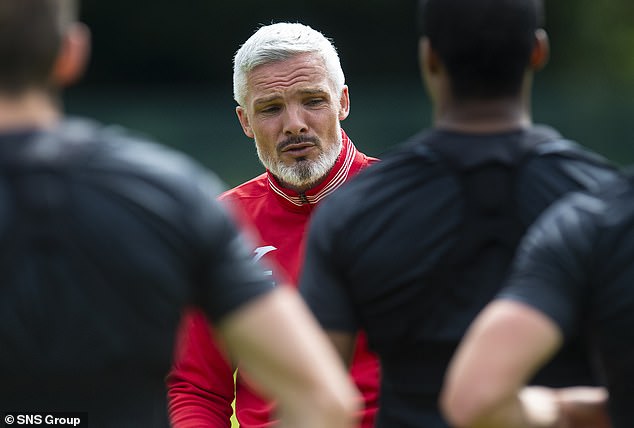 The club’s Simple Digital Arena will now be closed down and deep cleaned in a quest to prevent a damaging spread. And while the Scottish government has given the go ahead for the new Premiership season to start next weekend, the club’s scheduled home game against Livingston behind closed doors is now in doubt.

As part of the Return to Football strategy presented to the Scottish Government by the Joint Response Group (JRG) clubs are required to ensure all players are tested once a week, with any player or member of staff returning a positive result isolated. 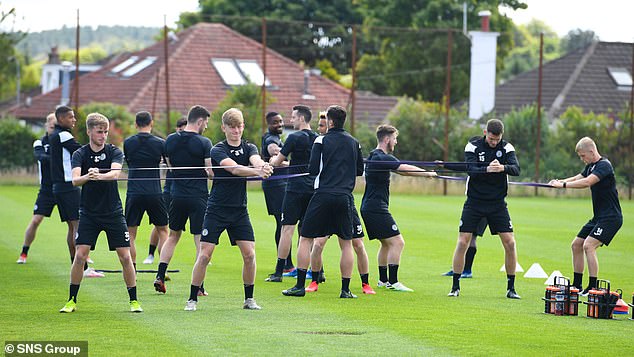 On Thursday night the JRG issued instructions to clubs to go back to testing players and staff twice a week after a statement read: ‘The Joint Response Group has been notified that St Mirren Football Club has today returned seven positive tests for COVID-19.

‘We immediately contacted the Scottish Government and the office of the Clinical Director for Scotland to relay this information.

‘As a consequence, St Mirren’s planned friendly match at home to St Johnstone, scheduled to take place on Saturday 25 July, has been cancelled.

‘In light of this and other recent events, the JRG hereby notifies Scottish Premiership clubs that with immediate effect they must revert to twice-weekly testing protocols until further notice.’

Leeds United are back in the Premier League: How one of England’s biggest clubs returned after 16-year absence

Chelsea and Lampard must get rid of Kepa to hit heights – Carragher
Sarri says Juventus are battling 'mental fatigue' after Udinese loss
Best News
Recent Posts
This website uses cookies to improve your user experience and to provide you with advertisements that are relevant to your interests. By continuing to browse the site you are agreeing to our use of cookies.Ok