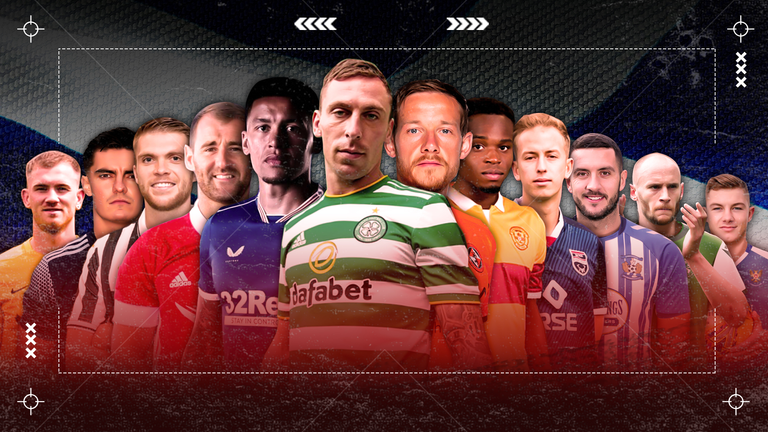 Team news, stats and predictions for the seventh round of the Scottish Premiership, as Rangers host Dundee United and Celtic face Ross County. 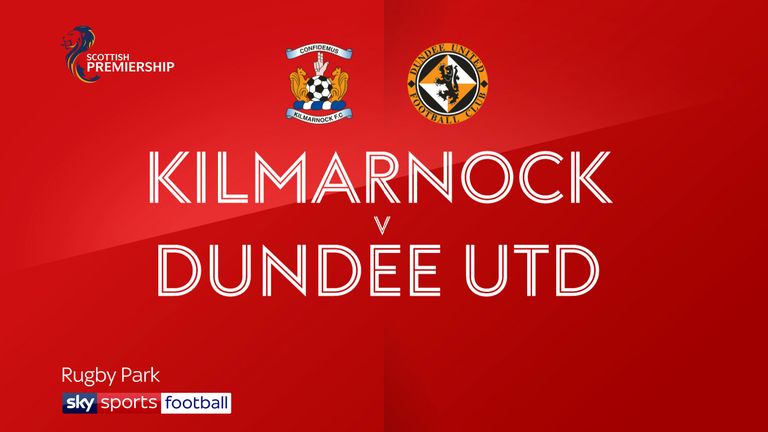 Aberdeen will be without Craig Bryson after the midfielder had his contract cancelled by mutual consent.

Derek McInnes is still without Michael Devlin (hamstring), Sam Cosgrove and Ryan Edmundson, but Cosgrove has been told he does not need surgery on a knee injury picked up in pre-season and could be back within a month, while on-loan Leeds youngster Edmundson is hoping to make his return from an ankle problem in the next fortnight.

Kilmarnock boss Alex Dyer expects Stuart Findlay to be fit for the game at Pittodrie. The Scotland defender went off early after injuring his groin during Killie’s 4-0 romp against Dundee United but Dyer hopes he will be ready to face the Dons.

Key stat: Aberdeen have only lost one of their last 25 league meetings with Kilmarnock (W19 D5), a 0-2 reverse at Pittodrie in September 2018. Recent Livingston signing Anthony Stokes could make his debut on Saturday. He is still short of fitness after six months without a match but is in contention to face Accies.

On-loan Rangers goalkeeper Robby McCrorie has returned safely from his maiden Scotland call-up, but while Steve Lawson and Keaghan Jacobs are both back training after foot injuries, neither will be considered to face Brian Rice’s team.

Hamilton will be without Lee Hodson as the defender is having to self-isolate for 14 days after housemate Jak Alnwick, of St Mirren, tested positive for Covid-19. Scott McMann is suspended and Brian Easton, Lewis Smith and Ronan Hughes are still out injured. Key stat: Livingston have only lost one of their last five league fixtures against Hamilton (1-2 loss in September 2019), winning their most recent such encounter 4-2 in January last season. Motherwell midfielder Liam Donnelly is set to miss the rest of the year following knee surgery, while goalkeeper Scott Fox will have an operation on his knee next week.

Nathan McGinley is fit again after recovering from a groin complaint and Jake Carroll (Achilles) and Charles Dunne (groin) are making progress but will not be available for the visit of St Johnstone.

St Johnstone boss Callum Davidson has no fresh injuries ahead of his side’s trip to Fir Park and he has fresh competition for places after seeing Zander Clarke, Murray Davidson and Chris Kane top up their fitness levels during a behind-closed-doors friendly with Dundee United. The trio will now go into Davidson’s squad for the clash with Stephen Robinson’s men. 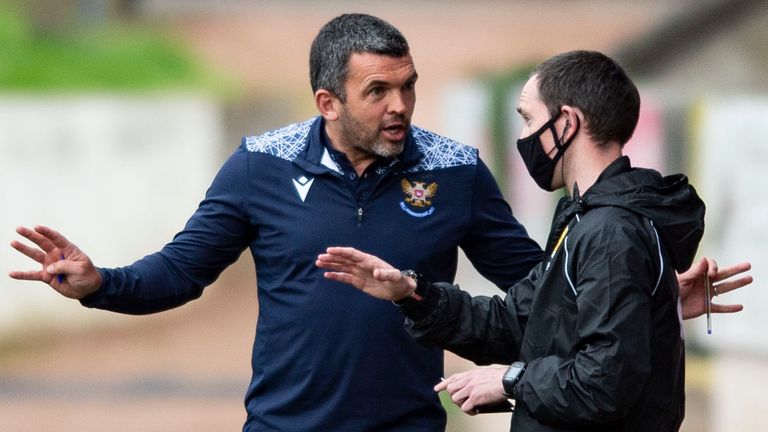 Key stat: Motherwell have won both of their last two home league meetings with St Johnstone by an aggregate 7-0 scoreline. 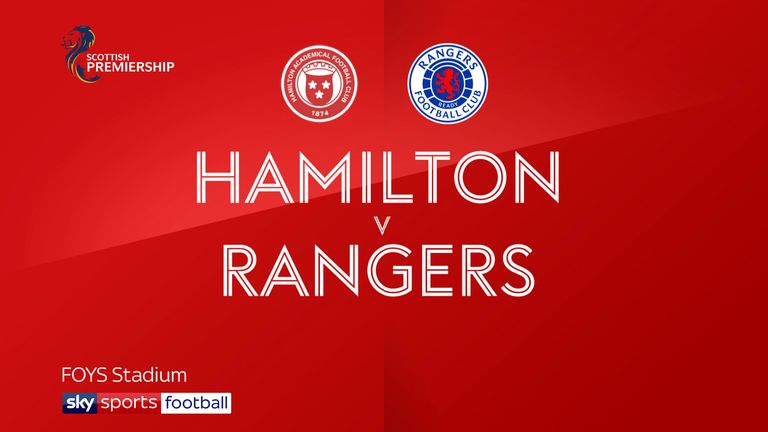 Rangers boss Steven Gerrard has suffered a fresh injury blow ahead of Dundee United’s visit with the news Joe Aribo could miss up to six weeks because of an ankle strain.

Allan McGregor is also out after jarring a knee in training, while Jordan Jones has reported back from Northern Ireland with a quad problem that will keep him sidelined.

But Borna Barisic has shaken off the dead leg he suffered while away with Croatia and returns to the squad along with Jermain Defoe (hamstring) and Cedric Itten (calf). Long-term absentee Nikola Katic is making progress after a positive meeting with his surgeon but a return to action remains months off. Lawrence Shankland returns to the Dundee United side for the trip to Ibrox after recovering from an ankle complaint. The Scotland striker has not played since the opening day of the season in a 1-1 draw with St Johnstone.

Flo Hoti, who signed on Friday, could go into Micky Mellon’s squad but defender Mark Connolly will miss out with an ankle injury.

Key stat: This will be the first top-flight meeting between Rangers and Dundee United since Ally McCoist’s Gers ran out 5-0 winners over Peter Houston’s Tangerines in May 2012. Ross County will be without defender Carl Tremarco for Saturday’s visit of Celtic. The former Inverness full-back was sent off against Livingston before the international break and will sit out the Dingwall showdown with Neil Lennon’s champions.

Tom Grivosti is making progress from a long-term foot injury but remains on the sidelines, while Lee Erwin has joined St Mirren.

Shane Duffy goes straight into the Celtic squad after signing on loan from Brighton. The Republic of Ireland defender will be joined by Odsonne Edouard, who returns after a thigh injury. 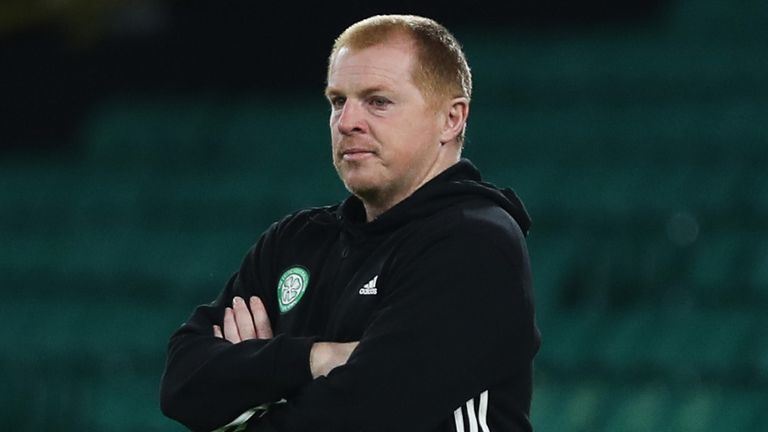 Leigh Griffiths and Tom Rogic could be fit for next Wednesday’s game against St Mirren as they work their way back from respective calf and ankle problems. Nir Bitton will have a knee problem assessed while Mikey Johnston remains out following calf surgery. St Mirren’s match against Hibernian on Saturday will go ahead despite Covid-19 issues ruling out the Buddies’ three main goalkeepers.

The Paisley club confirmed earlier in the week that number one Jak Alnwick had tested positive for coronavirus before confirming on Thursday night that a second unnamed player had also contracted the virus.

A statement from The Joint Response Group confirmed that a second ‘keeper – either Dean Lyness or Peter Urminsky – had also tested positive.

While the third ‘keeper had tested negative he will also have to sit out the match as a precautionary measure, leaving Saints boss Jim Goodwin attempting to bring in a ‘keeper on an emergency loan. Scott Allan will miss Hibernian’s trip with a knock but Jack Ross has been boosted by the return of Kevin Nisbet and Alex Gogic.

Sean Mackie has suffered a minor setback as he recovers from a foot injury but is not far from a return.

Key stat: St. Mirren are winless in six Scottish Premiership meetings with Hibernian (D2 L4) since a 2-0 triumph in April 2014 under Danny Lennon.

Bergkamp open to Arsenal return 'when the time is right'

Arkadiusz Milik: Tottenham unlikely to sign Napoli striker due to £32.5m asking price
Arsenal table bid for Alexandre Lacazette replacement which could aid Thomas Partey plot
Best News
Recent Posts
This website uses cookies to improve your user experience and to provide you with advertisements that are relevant to your interests. By continuing to browse the site you are agreeing to our use of cookies.Ok