Serie A round-up: Atalanta win ninth consecutive game to move up to third 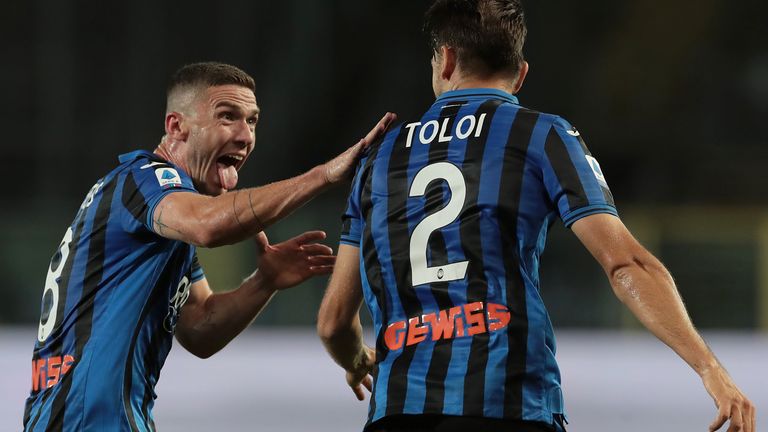 Atalanta continued their remarkable season by beating Sampdoria 2-0 on Wednesday to extend their winning run to nine Serie A games and climb to third in the table, although they left it late against stubborn opponents.

Substitute Luis Muriel fired the second 10 minutes later, his ninth goal of the season scored from the bench, although the Colombian did not celebrate against his former club.

Sampdoria’s veteran coach Claudio Ranieri had been sent off just before the first goal, the referee losing patience with him after persistent dissent.

Atalanta have 66 points from 31 games, two ahead of Inter Milan, who visit Verona on Thursday, and only two behind second-placed Lazio.

Elsewhere, Bologna, who won 2-1 at Inter on Sunday, were brought back to earth with a 2-1 home defeat by Sassuolo.

Domenico Berardi put Sassuolo ahead with a solo goal and Lukas Haraslin snapped up a rebound.

Musa Barrow pulled one back for Bologna, who had coach Sinisa Mihajlovic sent off on 81 minutes.

Hirving Lozano scored the winner in a 2-1 victory for Napoil at relegation-threatened Genoa.

Carragher: Liverpool could sign Sancho next year if Man Utd miss out

Williams shows first Premier League start for will not be his last
Tottenham 'confident of sealing £25m deal for Chelsea defender Zouma'
Best News
Recent Posts
This website uses cookies to improve your user experience and to provide you with advertisements that are relevant to your interests. By continuing to browse the site you are agreeing to our use of cookies.Ok