An animated Slaven Bilic insisted West Brom must “live for every minute of every game” as he called for greater commitment from his side to boost their hopes of retaining their Premier League place.

The Baggies were automatically promoted from the Sky Bet Championship despite failing to win any of their final four matches and the hangover has continued into this season with three draws and four defeats in the league so far.

While he did not call into question the dedication his players have shown, a fired-up Bilic wants even more from them in a bid to prove wrong the doubters, who tipped his side for an immediate return to the second tier.

Ahead of high-flying Tottenham’s visit to the Hawthorns, Bilic, whose side sit 18th, said: “The pressure is always there and the expectations are always high. My expectations are high, I thought we were going to do better.

“But there are many reasons why this is real for us. Everybody predicted us to be rock bottom. Are we rock bottom? No we are not, we are one point below the (relegation) zone. Am I happy with that? No.

“But are we going to panic now and lose confidence and belief? No. We have to be ready for a gunfight. We are in a gunfight with a few other teams at the moment. Let’s not be desperate that we are there.

“We aren’t going to win as many games as we won last season, nobody expected us to do that. Our aim is not top or midtable, our aim this season is to stay up in the league which nobody is expecting us to do.

“Staying up means never giving up, staying up means being over-committed. The guys are giving everything but that is not enough. We have to live for every minute of every game and then we have a genuine chance to stay up.”

As West Brom bid to bounce back from Monday’s 2-0 defeat at fellow strugglers Fulham, Bilic was able to provide some upbeat news on player availability.

Defender Dara O’Shea is in contention this weekend after his recovery from ankle trouble while the only absentees are midfielder Sam Field (knee) and forward Hal Robson-Kanu (broken arm), both of who have been sidelined for a while.

Bilic said: “That department we look really good and positive.”

Tottenham travel to the Midlands on Sunday afternoon, who are unbeaten in the top flight since the opening weekend of the season and with Harry Kane and Heung-min Son in excellent form. 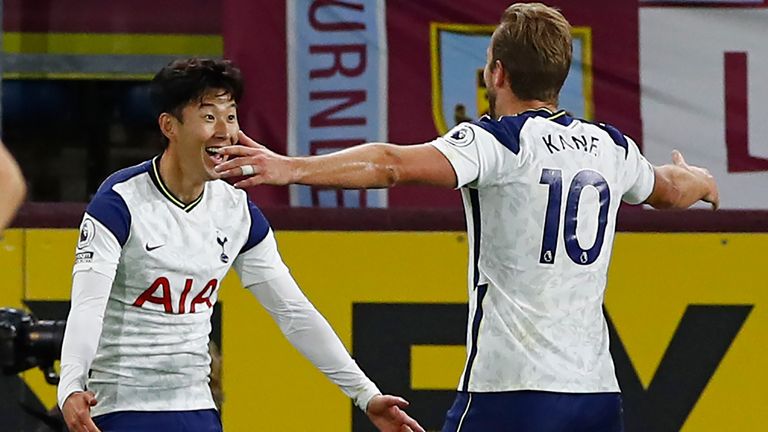 The forward pair have contributed 14 goals and 10 assists between them already in this campaign, earning Bilic’s praise.

The Croatian added: “Although they don’t play like the partnerships of 4-4-2, when you had (Dwight) Yorke and (Andy) Cole, (Alan) Shearer and (Chris) Sutton, it’s freer for them.

“But the numbers and how they communicate without talking is quite impressive. It’s the reason why their start to the season has been good and promising.

“(Tottenham) are very physical, very organised, very committed and they have talent and pace up front that is making them score a lot of goals.”

Jose Mourinho takes aim at Arsenal coach over Gareth Bale
Jose Mourinho ‘not comfortable’ with Gareth Bale training under Arsenal coach on Wales duty
Best News
Recent Posts
This website uses cookies to improve your user experience and to provide you with advertisements that are relevant to your interests. By continuing to browse the site you are agreeing to our use of cookies.Ok