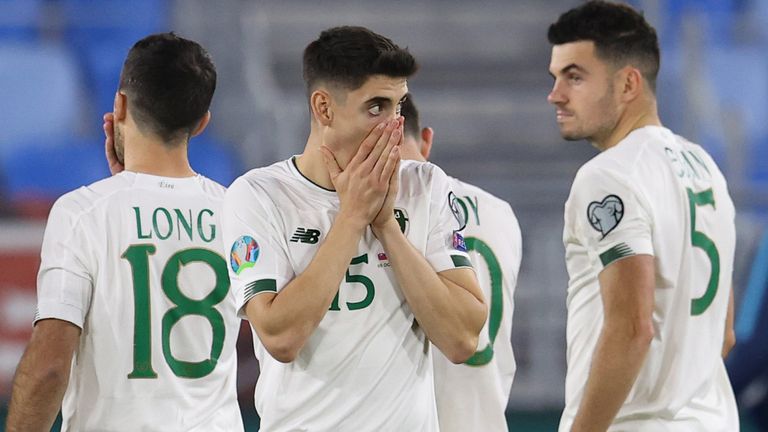 Republic of Ireland’s hopes of reaching next summer’s European Championships were cruelly ended on penalties as Slovakia progressed to the play-off final after a 0-0 draw in Bratislava.

Alan Browne had golden chances to win it for the visitors in open play, but the Preston midfielder and Matt Doherty missed the crucial penalties as the hosts prevailed 4-2 in the shootout.

It means Slovakia will progress to face Northern Ireland for a place in next summer’s tournament after they beat Bosnia & Herzegovina on penalties during a dramatic night of European Qualifying play-offs.

Republic of Ireland will have to lick their wounds and renew their Nations League campaign this Sunday when they face Wales, but this is a defeat that may well linger for some time. Man of the match: Marek Rodak.

Shootout despair for Boys in Green

But Stephen Kenny, still searching for his first win as Republic of Ireland manager in only his third competitive match, would have been encouraged by the opening 45 minutes as his side restricted the industry of Marek Hamsik and carved out a few chances of their own.

Republic of Ireland boss Stephen Kenny turned to experience. David McGoldrick and James McClean were drafted in alongside Callum Robinson in attack as Kenny teamed up James McCarthy, Conor Hourihane and Jeff Hendrick in midfield for a must-win game in Bratislava.

Opposite number Pavel Hapal was able to include returning skipper Marek Hamsik in his starting line-up at the Narodny Stadium, but was without Milan Skriniar and Stanislav Lobotka because of coronavirus restrictions and David Hancko through injury.

The best fell to James McClean after 37 minutes but after Conor Hourihane laid off Doherty’s deep cross, the Stoke winger’s goalbound shot was well blocked by Martin Valjent.

Slovakia didn’t threaten until first-half stoppage time when Darren Randolph saved well low down from Ondrej Duda, and from the ensuing corner, the Cologne midfielder’s overhead kick flashed a yard wide of the post. 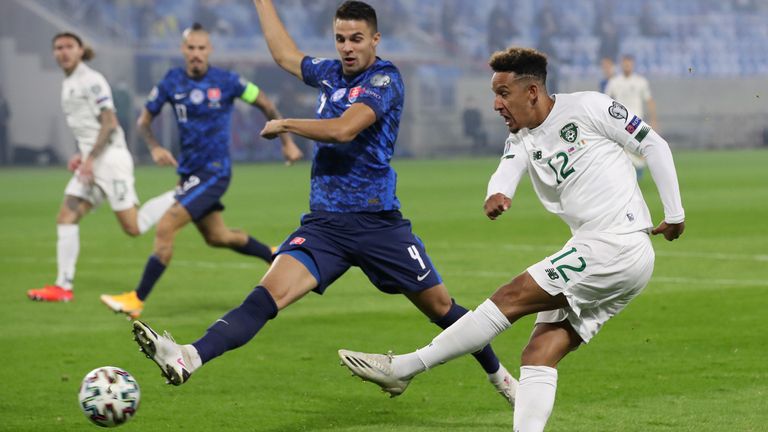 Browne was introduced in the second period, and the Preston midfielder made an instant impact as he collected David McGoldrick’s pass and forced Marek Rodak into a smart save at his near post.

Slovakia manager Pavel Hapal looked for a similar impact off the bench and Lukas Haraslin very nearly had the desired effect as the substitute took Hamsik’s pass, cut inside Doherty but his shot was brilliantly cleared off the line by Shane Duffy.

With the contest heading for extra time, the visitors ought to have won it when McGoldrick sent Callum Robinson clear of the last defender. Having unselfishly teed up Brady for the cross, Hourihane was unable to direct the ball over the line from close range as his shot was blocked by Juraj Kucka. 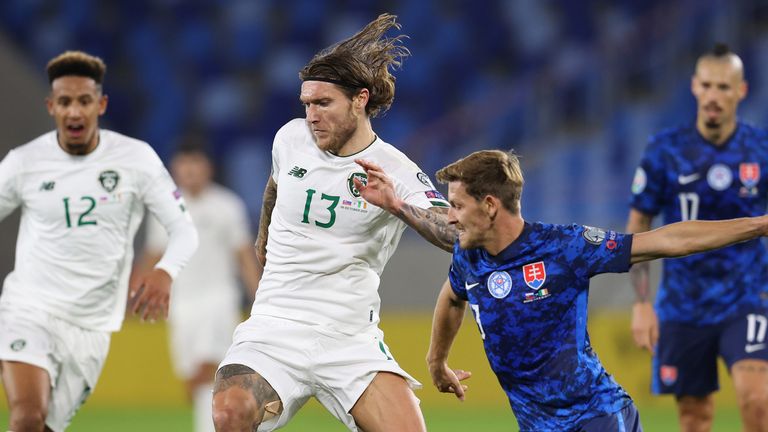 With the stalemate still not broken, the game hurtled into an additional 30 minutes, but again Republic of Ireland came within inches of the breakthrough as Browne was then denied by a goal-line clearance after good work from Doherty to keep alive Hourihane’s corner.

Further agony was to come on the stroke of half-time in extra time as Robbie Brady and Callum O’Dowda combined down the left before Browne’s near-post shot cannoned off the foot of the post.

It didn’t look like being Browne’s night, and so it transpired in the inevitable shootout. Hamsik made no mistake before Hourihane levelled it up. Patrik Hrosovsky and Brady both found the net before Haraslin kept Slovakia in front. 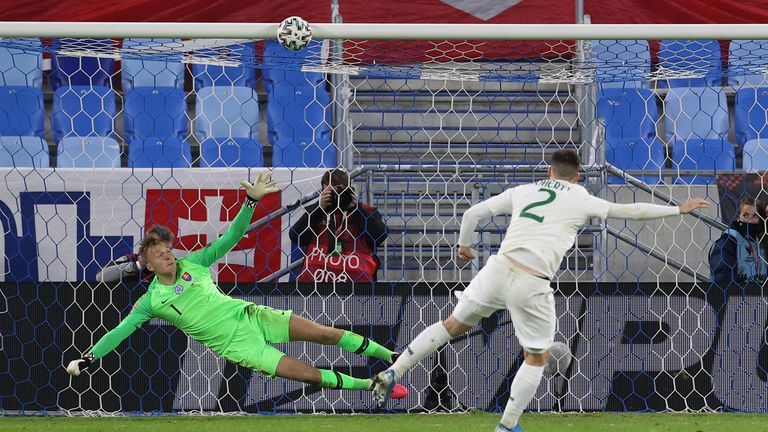 But then up stepped Browne, and Fulham stopper Rodak guessed correctly to his right. Jan Gregus turned the screw with a Panenka finish to heap the pressure on Doherty. Rodak wasn’t required again as the full-back fired onto the crossbar to end Republic of Ireland’s dreams of playing at the tournament they will help host next summer. 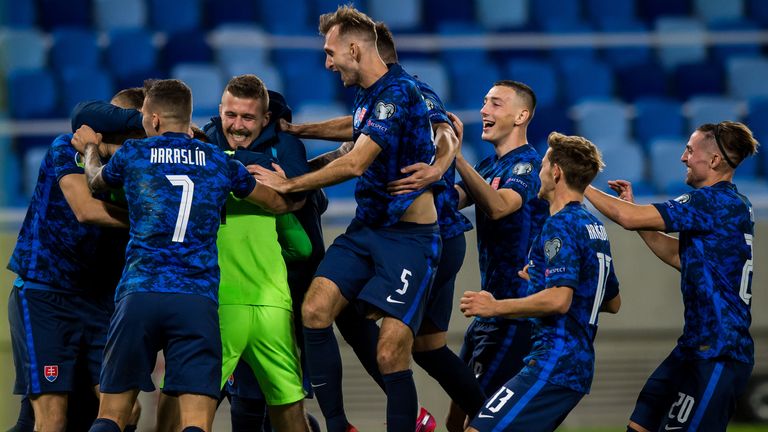 The winners of each of Thursday’s semi-final ties in the pathways face each other in the European Qualifying play-off finals on November 12 for a spot at Euro 2020.

Republic of Ireland resume their Nations League campaign against Wales at the Aviva Stadium at 2pm on Sunday, live on Sky Sports. The Irish then travel to face Finland on Wednesday at 5pm, also on Sky Sports.

England vs Wales result: Jack Grealish offers reason to watch game barely worth playing
Bosnia 1-1 (3-4 pens) Northern Ireland: Green and White Army through
Best News
Recent Posts
This website uses cookies to improve your user experience and to provide you with advertisements that are relevant to your interests. By continuing to browse the site you are agreeing to our use of cookies.Ok