‘I don’t want egos’: Manchester United boss Ole Gunnar Solskjaer fires warning to Marcus Rashford and Anthony Martial ahead of race to finish as top scorer at Europa League finals, ‘If anyone is playing for themselves, they’re out of the team’

Individual awards such as the Golden Boot and the Ballon d’Or seem increasingly important to modern players. But not at Old Trafford — where Ole Gunnar Solskjaer warns anyone putting self-interest first will find themselves out of the Manchester United team.

As United head to the eight-team Europa League finals in Germany this week attempting to win their first trophy since 2017, the competition to finish their leading scorer this season has attracted interest with Anthony Martial leading Marcus Rashford by a goal (23-22).

The rivalry between Mo Salah and Sadio Mane at Liverpool has sometimes spilled over, while Tottenham’s Harry Kane took a goal from team-mate Christian Eriksen in April 2018 in his effort to win the Golden Boot. 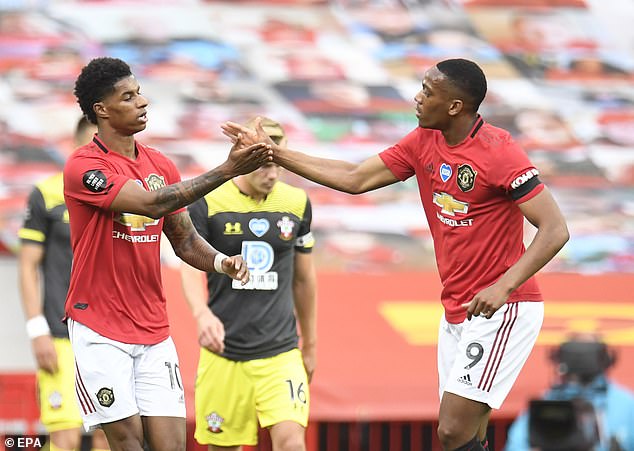 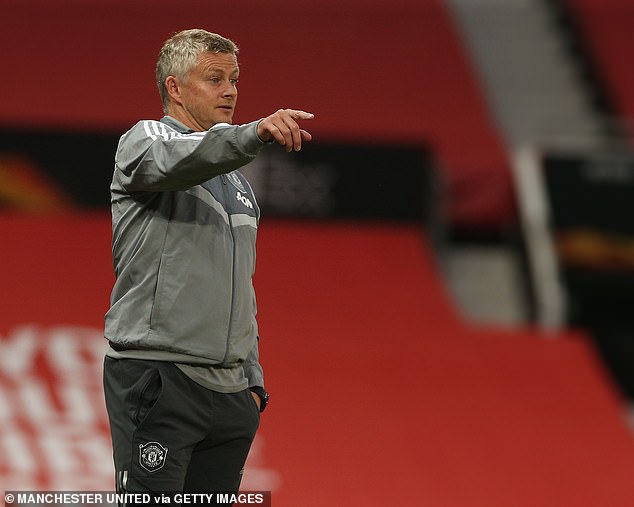 However, Solskjaer — whose greatest success as a player came sharing goals with Andy Cole, Dwight Yorke and Teddy Sheringham — is an unashamed believer in the old-school adage of having no ‘I’ in ‘team’.

‘There’s no battle between them,’ insists Solskjaer about his two young and in-form forwards. ‘You see how Anthony and Marcus play together — they are always willing to give each other the gift of an open goal.

‘For me, there can never be a battle between players within a team. We have one common cause: to win. If I ever sense players playing for themselves, their own accolades and personal awards, I won’t have them in the team. It’s simple. 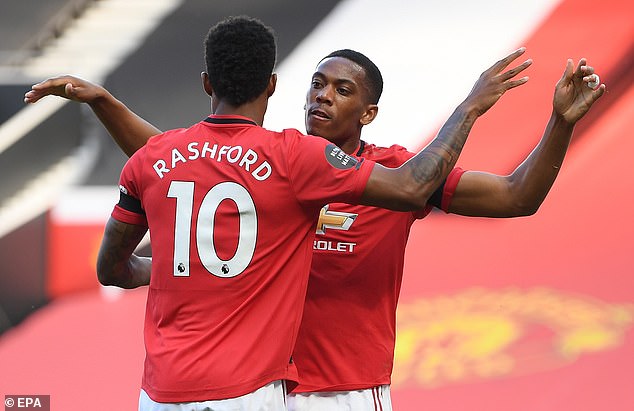 ‘I don’t want egos. It can’t be about one player thinking he is going to score more goals than someone else. If you win as a team, it doesn’t matter if you have scored 15 goals or 30. It only matters that you have contributed. 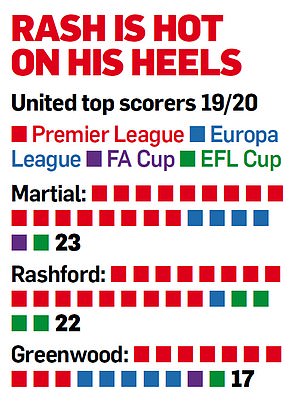 ‘Ruud van Nistelrooy was very focused on his goals. He’d come off miserable after a 4-0 win if he hadn’t scored. But he was a team player. You never saw Ruud take a shot when he should have passed.’

Solskjaer is hoping United’s unity will allow them to finish a season full of twists with a happy ending.

Victory against FC Copenhagen in Cologne on Monday could set up a one-off semi-final with Wolves next weekend. Intriguingly, a potential final awaits against Inter Milan and their three United old boys: Romelu Lukaku, Ashley Young and Alexis Sanchez.

A first trophy as United manager would be sweet for Solskjaer, who was criticised when the team struggled in the first half of the season.

The January signing of Bruno Fernandes sparked a remarkable upturn in fortunes with the team unbeaten in the league since January to finish third and qualify for the Champions League.

And Solskjaer claims lifting a trophy as United boss to top off the season would better the nine he won as a player that famously included the Treble in 1999.

‘I owe my career to this club, so winning something as manager would be the proudest moment of my football life,’ he says. ‘It would be the biggest achievement.

‘As a player, I was part of a fantastic team and, sometimes, you just ride a wave. Roy Keane would say his back was sore because he carried me and he is probably right! 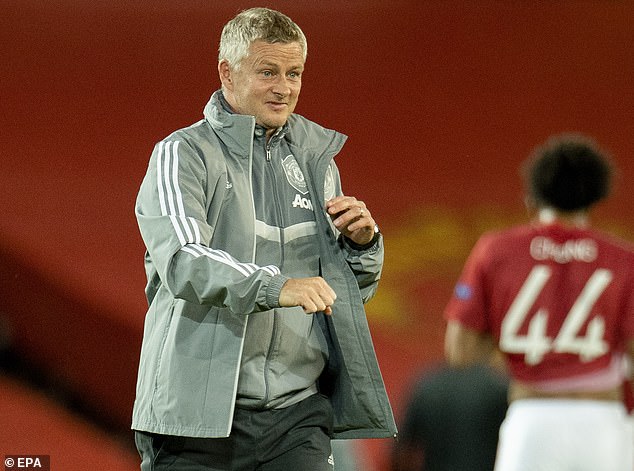 ‘I contributed as well as I could, I was always ready. To lift a trophy now would be the best moment of my career,’ he added.

The first knockout tie with FC Copenhagen in Cologne reunites Solskjaer with their boss Stale Solbakken, his Norway team-mate from the 1998 World Cup.

The pressure is off United, having already booked their Champions League place. But failure to win the Europa League would still represent their longest period without a trophy since Sir Alex Ferguson ended a five-year drought in 1990.

Several United players — including Harry Maguire, Aaron Wan-Bissaka, Scott McTominay and Mason Greenwood — have not been winners before and Solskjaer hopes success will trigger further trophies.

‘Looking at this group, I think they’d say, “I want more of this”,’ assesses Solskjaer. 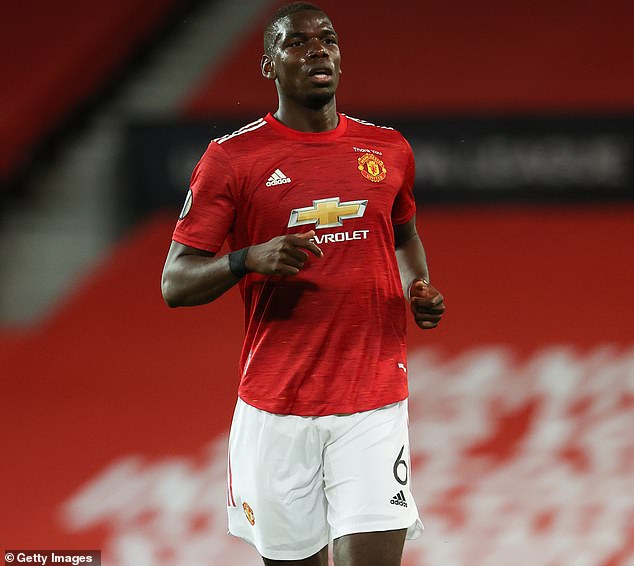 ‘They know they’re at Man United. They know we have the resources to build. We put a plan together as a club 18 months ago. We want to build. We have been in two semi-finals in the EFL Cup and FA Cup and the next step is to get past that.’

Solskjaer could rotate his goalkeepers if United go far in Germany with David de Gea still the club’s No 1 but Sergio Romero the Europa League regular.

‘I am looking forward to working with him, getting back on the scoresheet, scoring more goals. Of course we want to see him gallop into the box and get those goals we have seen him do so many times before,’ he said.

Djorkaeff: Plan is for Mbappe to lift Champions League before leaving

Referees’ calls cause storm in Barca-Napoli: ‘VAR is a disgrace!’
Chelsea boss Frank Lampard issues defiant response to Bayern Munich hammering
Best News
Recent Posts
This website uses cookies to improve your user experience and to provide you with advertisements that are relevant to your interests. By continuing to browse the site you are agreeing to our use of cookies.Ok