‘You could have given them the title at Christmas… their consistency levels are off the chart’: Graeme Souness piles praise on ‘sensational’ Liverpool as Jamie Redknapp hails Jurgen Klopp’s ‘brilliant machine’ after champions-elect thrash Crystal Palace

Graeme Souness claimed Liverpool deserved to be named champions by Christmas after they put themselves on the brink of the Premier League title with a demolition of Crystal Palace.

Trent Alexander-Arnold, Mohamed Salah, Fabinho and Sadio Mane were all on target as the Reds inched ever closer to a first league title in 30 years.

The win came after a disappointing draw in the Merseyside derby at the weekend as Jurgen Klopp’s men made their return to action following the three-month hiatus due to the coronavirus pandemic. 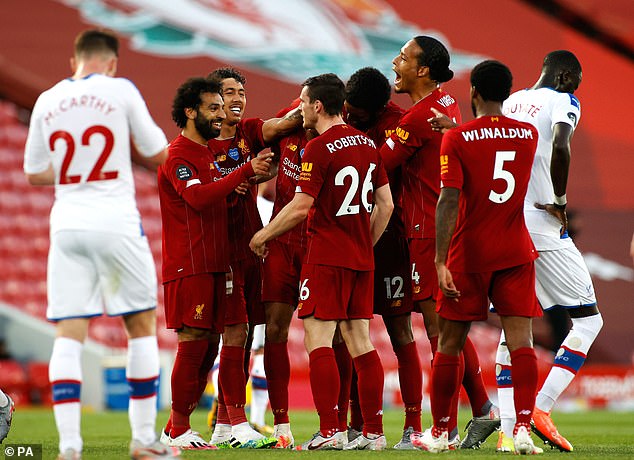 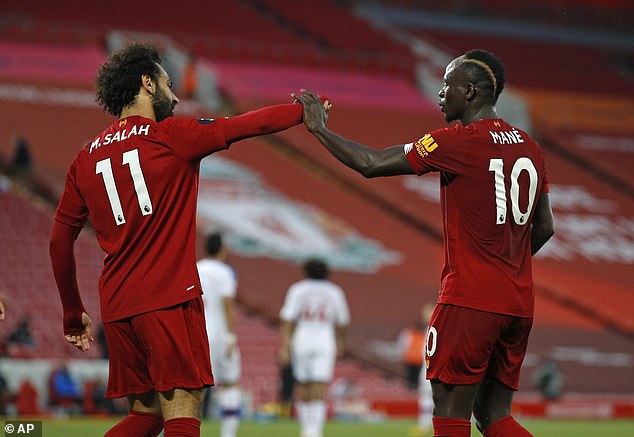 But former Liverpool player and manager Souness believes the destination of the title has been known since the back end of 2019 and has praised German Klopp for their in-game intensity.

‘They deserve to be champions, you could have given it to them at Christmas. Week in week out, they play with such a high tempo and such aggression. 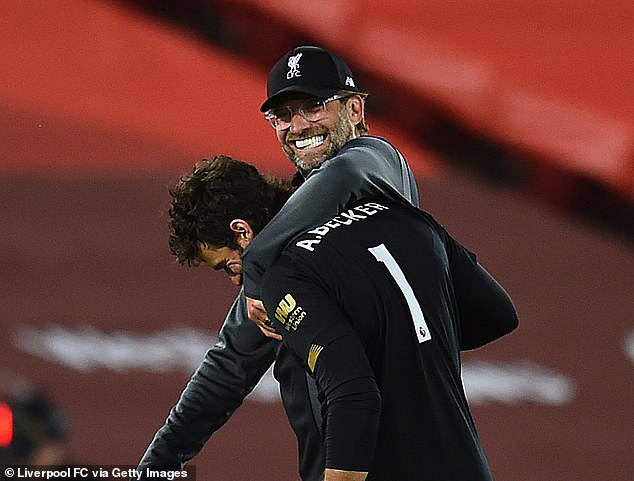 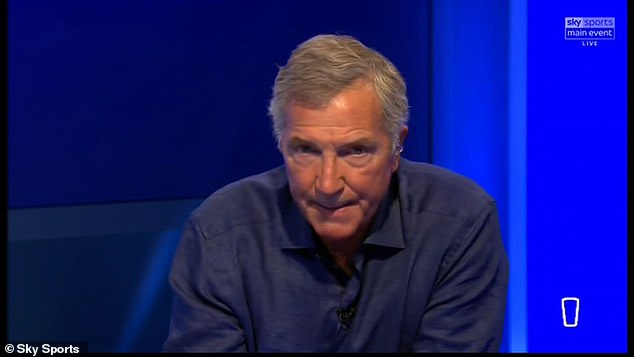 ‘For the manager to get that out of them, they’ve been sensational. Liverpool to a man tonight were determined to show the derby game was a hiccup.

‘Tonight they were bang at it, so professional, they were never going to do anything tonight other than be convincing.’

The Sky Sports pundit also reserved special praise for goalscorers Alexander-Arnold and Fabinho, with the right-back scoring an incredible free-kick prior to the Brazilian notching a goal himself. He then brilliantly set up Salah.

‘He’s [Alexander-Arnold] a fine young man, he says the right things and is so composed when he talks and when he plays football,’ Redknapp said. 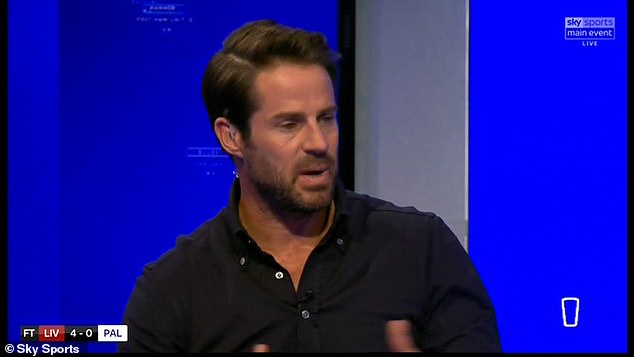 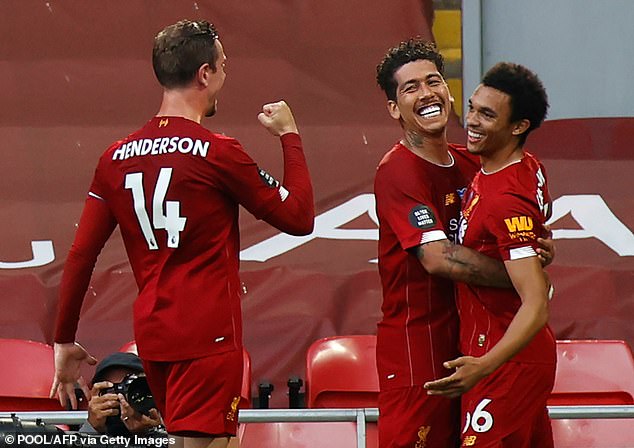 ‘At his age taking free kicks and corners, he’s an exceptional footballer. He just gets better all the time.

‘The fact Robertson and Salah didn’t play against Everton, you see the difference they make.

Fabinho was the best player today, his goal, his assist for Salah, there were so many positives. When I think about Fabinho, he’s great at shielding the ball.

‘But that pass was exceptional, the way he lifts it over the defence. It just shows you he’s got a lot more than what you see in his game.

‘It’s what you expect from Liverpool, they don’t let you have a second, they’re just a brilliant machine.’ 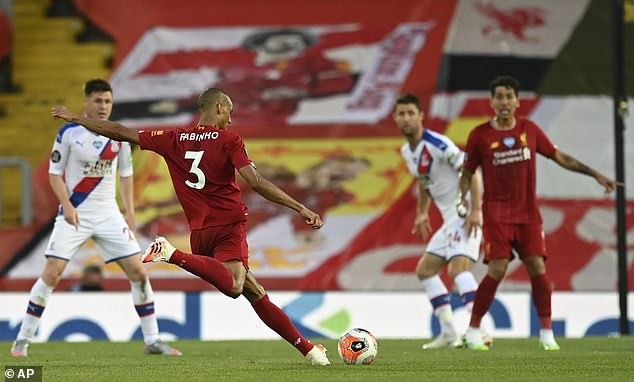 Liverpool’s title victory will be confirmed on Thursday if Manchester City fail to beat Chelsea at Stamford Bridge.

But Souness believes that despite their two contrasting styles, Klopp and Pep Guardiola’s men could be set to dominate not only domestic football but the European game too in the years to come.

‘He [Klopp] wants to play a certain way, high tempo, aggressive football. He’s got players he’s getting the very best out of,’ Souness continued.

‘They’re both great to watch. If you’re playing Liverpool you have to be ready to go to war, they’re going to get in your face. They’re not silky midfielders, they’re all warrior types. 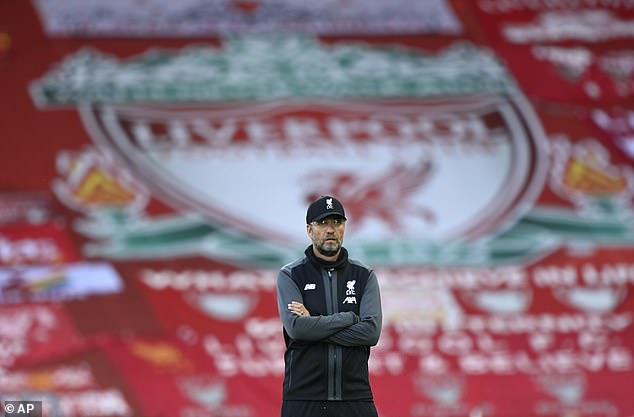 ‘They’ll want to bully you from the start. City will want to play triangles and pass around you. Liverpool today were fantastic. Because there’s so much good football from Liverpool, you forget how hard they work.

‘Pressing is not just about being willing to run around and sprint around, it’s about anticipating.

‘We’re enjoying a purple patch, these are two special teams in Premier League history, they could dominate European football.’

Phil Neville sends message to Jamie Vardy over Arsenal transfer
Klopp responds to claim Guardiola will rest players for Chelsea title-decider
Best News
Recent Posts
This website uses cookies to improve your user experience and to provide you with advertisements that are relevant to your interests. By continuing to browse the site you are agreeing to our use of cookies.Ok