On the hottest day of 2020, Arsenal were made to sweat but finally their Project Restart campaign has lift off.

This wasn’t pretty – Eddie Nketiah’s freak first-half winner illustrative of this cluttered game played out in the sweltering June heat.

Not that Mikel Arteta gave a damn. After two successive defeats this victory was a necessity – the manner of it was secondary. 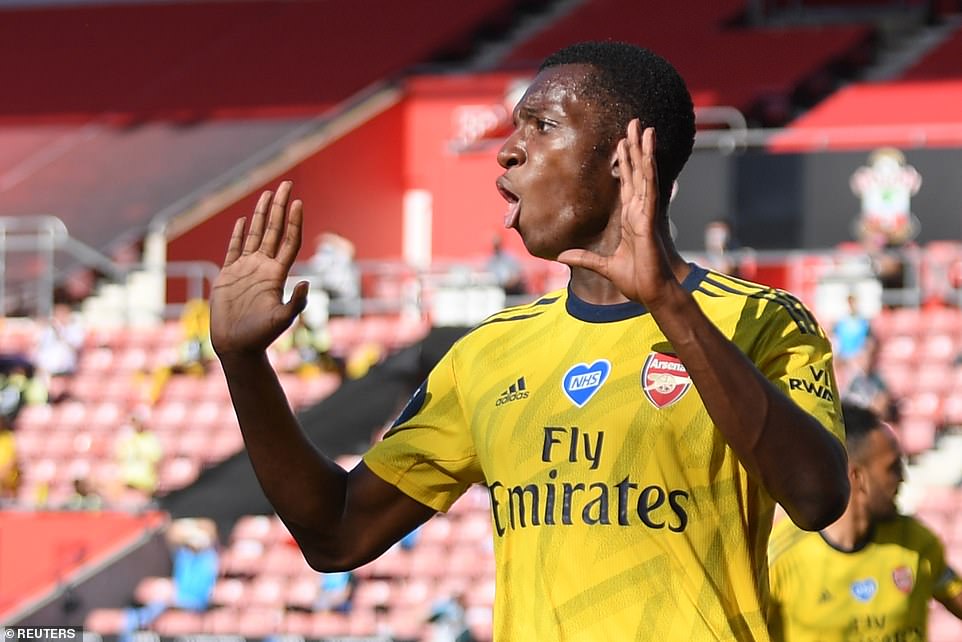 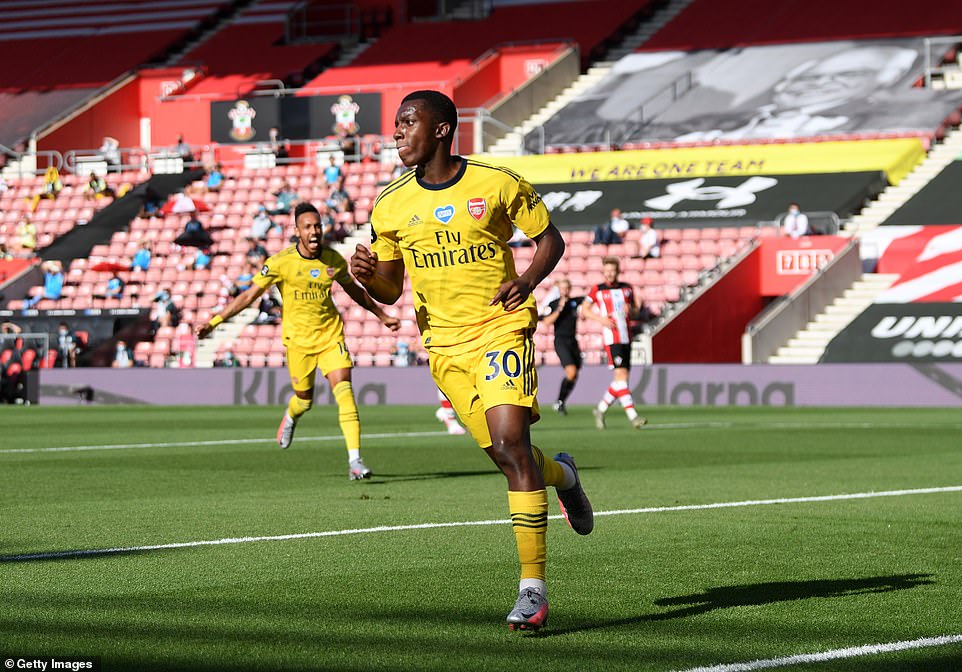 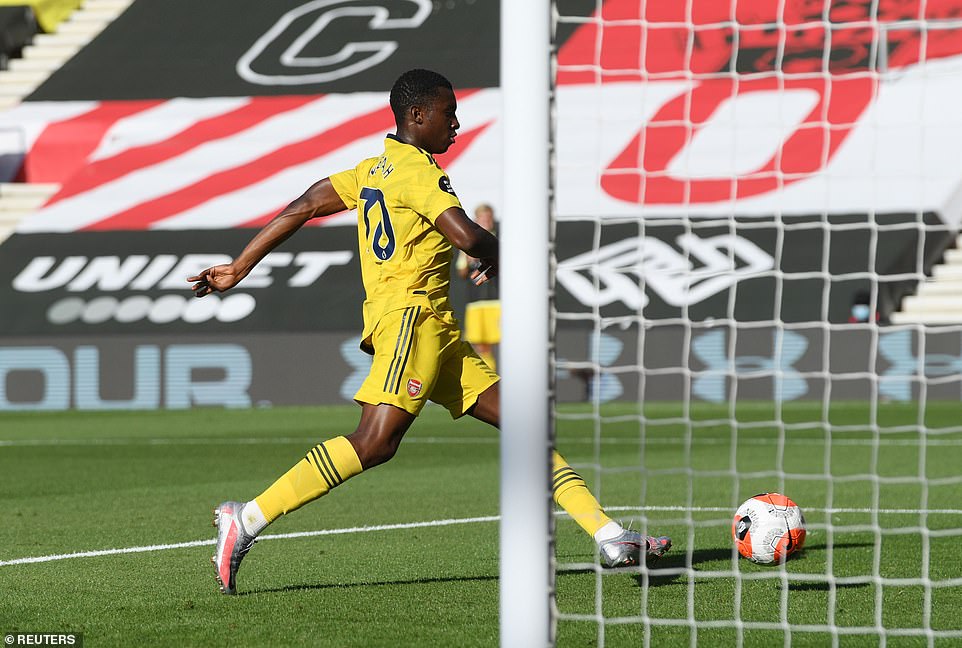 Nketiah, who started up front at the expense of Alexandre Lacazette, was alert to score his second league goal of the season

By the time Joe Willock eased any late apprehension, Southampton were down to 10 men as Jack Stephens was sent off for trying to reprieve his team Pierre-Emile Hojbjerg’s dreadful error.

For the time being, Arsenal can continue to dream of Champions League qualification.

But in his heart of hearts, Arteta knows this victory will only serve as a temporary respite to the problems he faces in trying to return the Gunners to the top table of European football.

Arteta made four changes at St Mary’s – most notably Matteo Guendouzi was axed from the entire squad following his questionable antics during the loss to Brighton on Saturday.

The Arsenal manager defended his young Frenchman in public during the week – but actions speak louder than words it seems.

Granit Xhaka, having recovered from an ankle injury, was back in the starting XI as Arteta shuffled his pack in search of a glimmer of light from what has been a miserable start restart.

No such decisions for Hassenhuttl. No changes; who would he after last week’s 3-0 cruise away at Norwich?

That magical 40 point mark was Southampton’s target here; an unthinkable achievement considering that embarrassing 9-0 loss to Leicester in October.

Credit to Hasenhuttl, though, for having the pluckiness to reverse a slide that showed very little sign of halting. 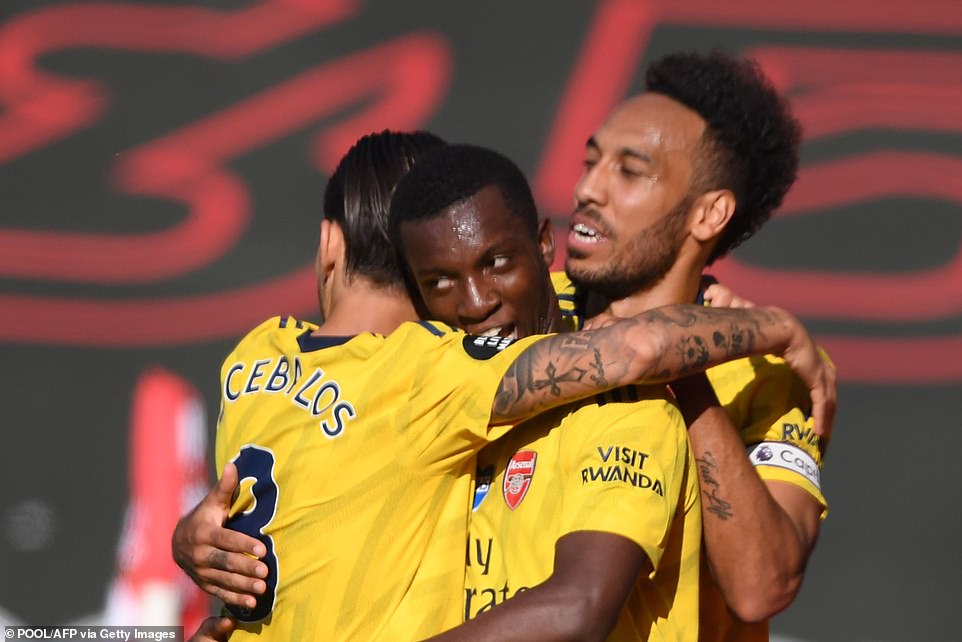 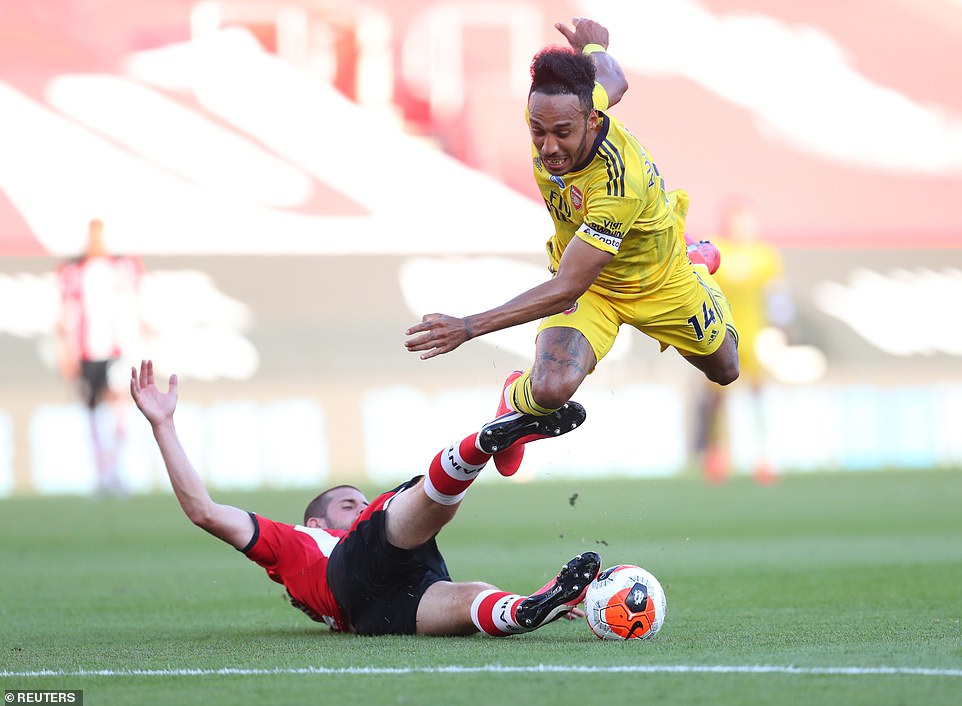 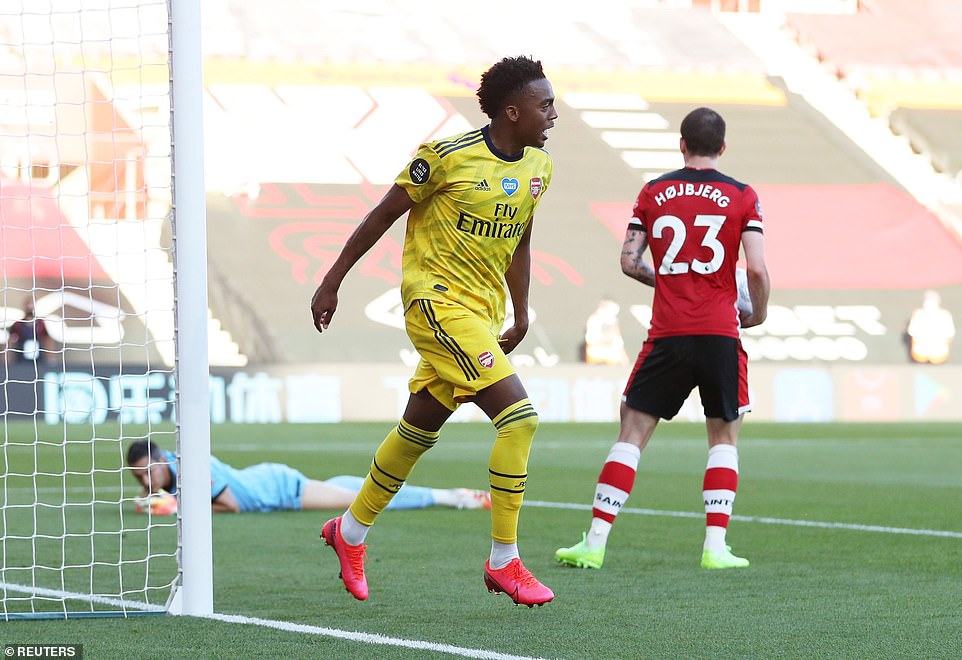 Joe Willock celebrates scoring his first ever Premier League goal, which made sure of Arsenal’s victory v Southampton

Also, credit to the Saints board for refusing to pull the trigger, for backing their man when the easiest thing would have been to cut and run.

This loss a relatively minor blow considering their problems earlier in the season.

Arsenal made all the early running here, Nketiah had the ball in the net after eight minutes following Bukayo Saka’s square pass – but his tap-in was correctly disallowed for offside.

Yet there was nothing easy on the eye about Arsenal’s opener. Fair play to Nketiah for putting in the hard yards to close down goalkeeper Alex McCarthy, who was positioned on the edge of his area to collect a routine pass back from Jan Bednarek.

McCarthy didn’t need to take a touch, but he did. Moments later he was wishing he hadn’t as his attempt clearance was charged down by Nketiah, who finished the job tapping into an empty net to score only his third Premier League goal. 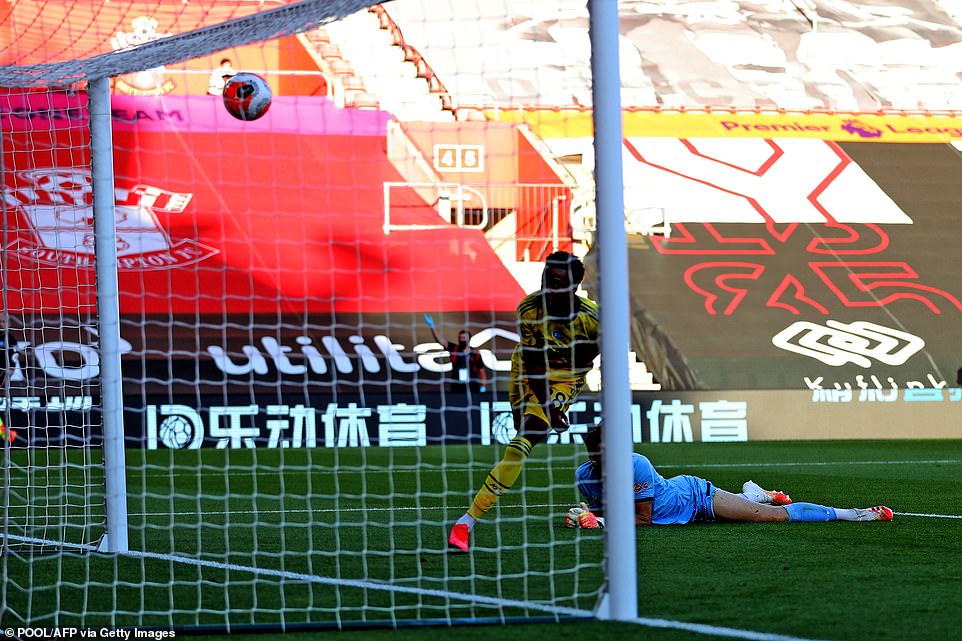 Willock, who was introduced as a substitute, managed to find the net as Arsenal secured a much-needed win v Southampton 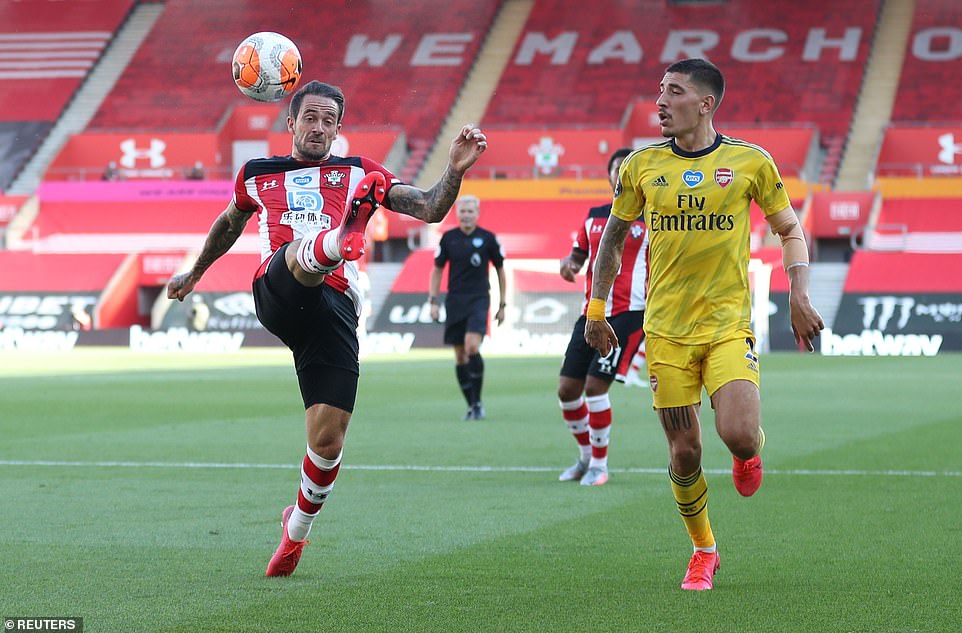 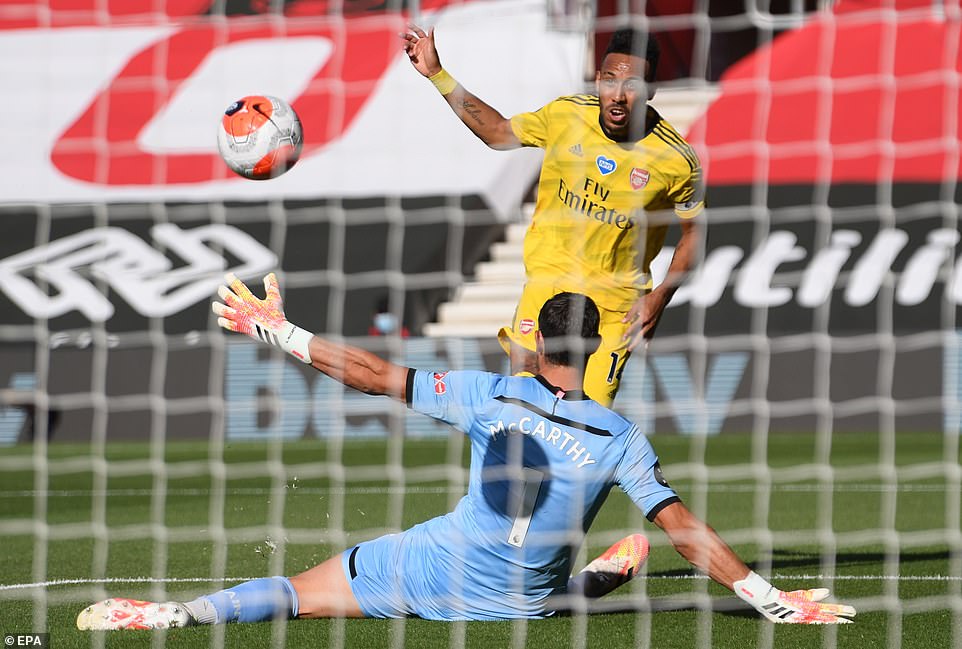 But for a misdirected Ryan Bertrand effort after Danny Ings had brilliantly set him up, Southampton weren’t at the races.

They were fortunate not to fall two behind on the stroke of half-time after Nketiah misfired after Nicolas Pepe released him through on goal.

The positive for Southampton was that Arsenal weren’t home and hosed, while the Gunners’ capitulation after going 1-0 ahead against Brighton last weekend was a source of encouragement.

Similarly, memories of Saturday’s loss against Graham Potters men would have filled Arteta with a certain level of anxiety at half time.

Indeed, Southampton sprung out of the blocks, Stuart Armstrong forcing Emiliano Martinez, who was starting his first Premier League game since 2014 in place of injured No 1 Bernd Leno, into his first save of the game

It was clear which way the wind was blowing. Ings fired a volley over the bar in the 63rd when he should have hit the target before Nathan Redmond’s’ half-volley rippled the side netting in the 74th minute. 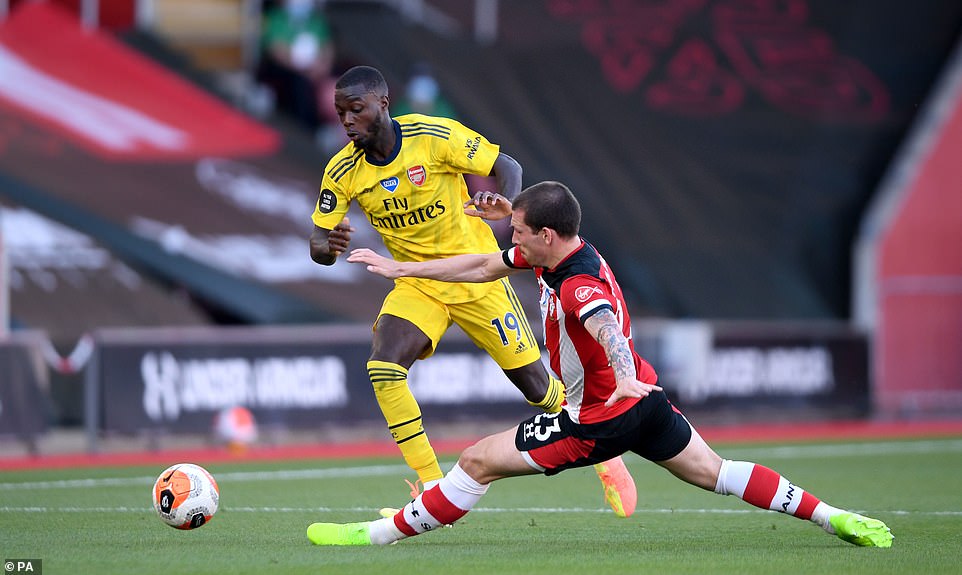 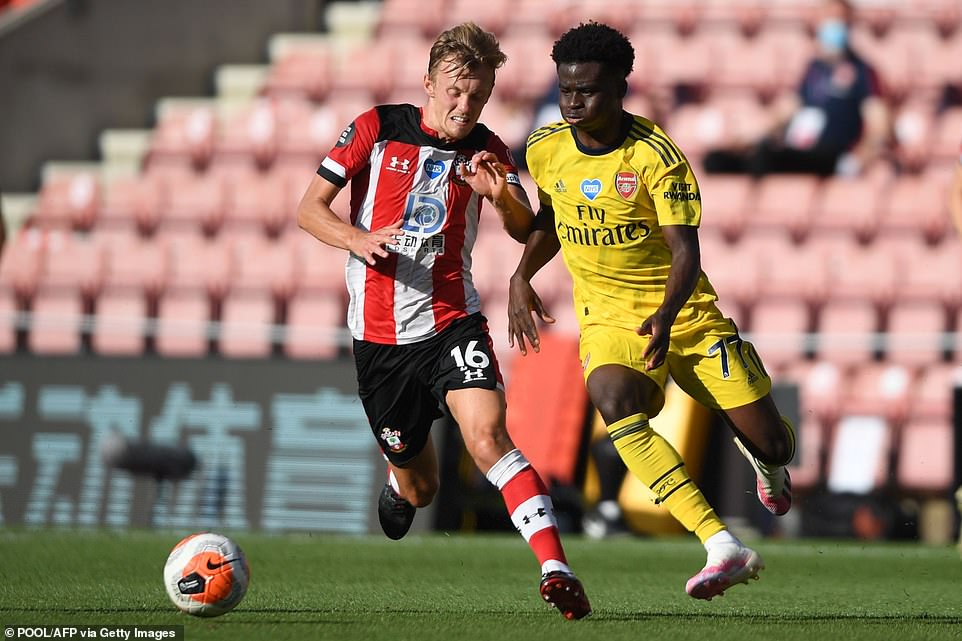 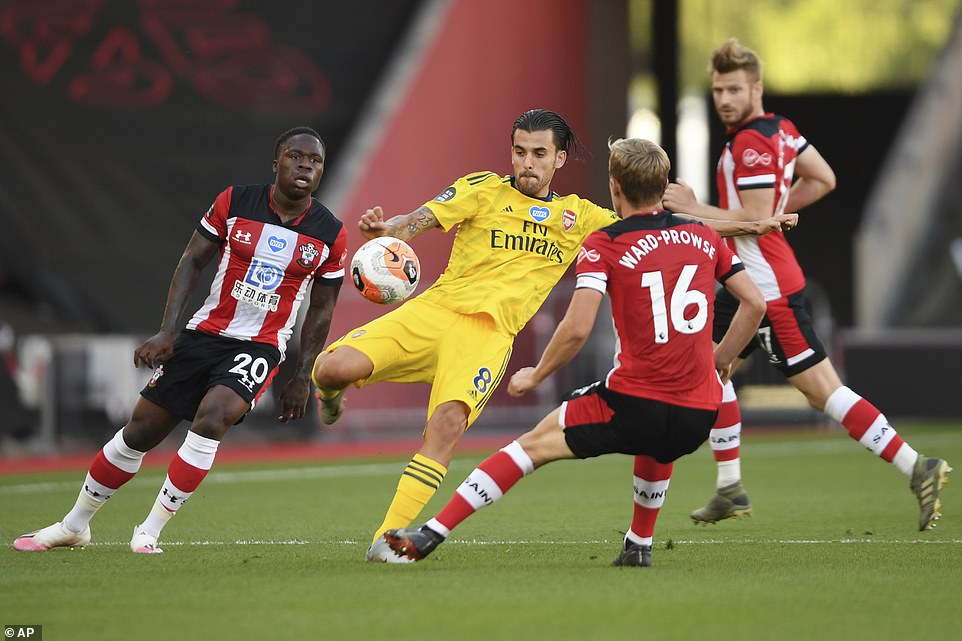 Their momentum was gathering, yet as the game edged towards the closing stages Hasenhuttl was still waiting for his team to create a clear cut opening.

That moment arrived in the 78th minute when Stephens’ over the top pass unlocked the Arsenal defence. All that was left was for substitute Shane Long to fire past Martinez, but the Argentine mustered a brilliant save to deny the Irishman’s shot that was arrowing for the bottom corner.

And that was that for the Saints, Stephens red carded for denying Aubameyang a clear goalscoring opportunity in the 84th minute as he lunged desperately to retrieve team-mate Pierre-Emile Hojbjerg’s wayward back pass. 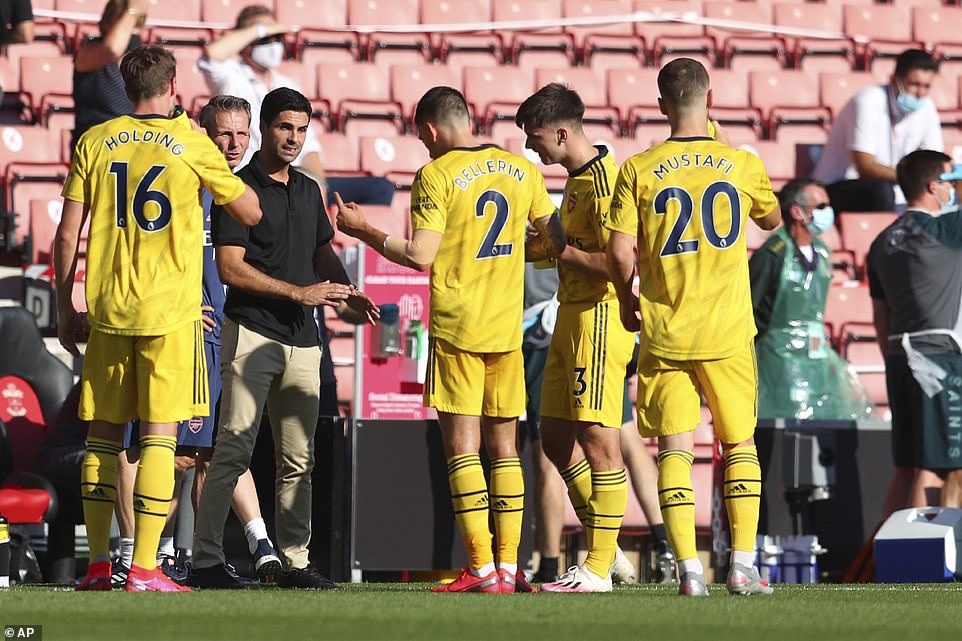 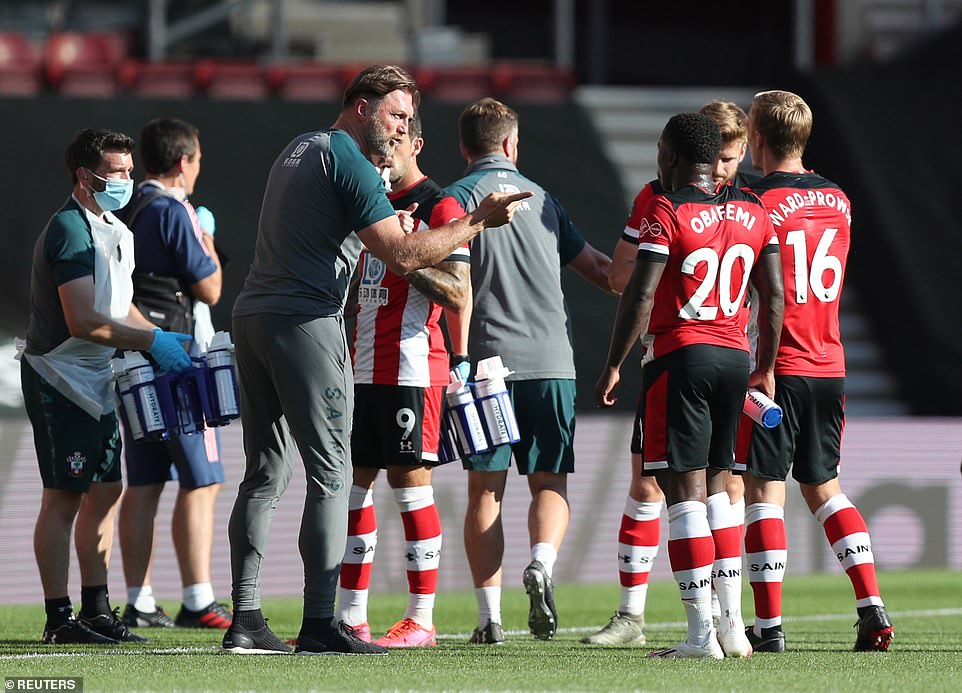 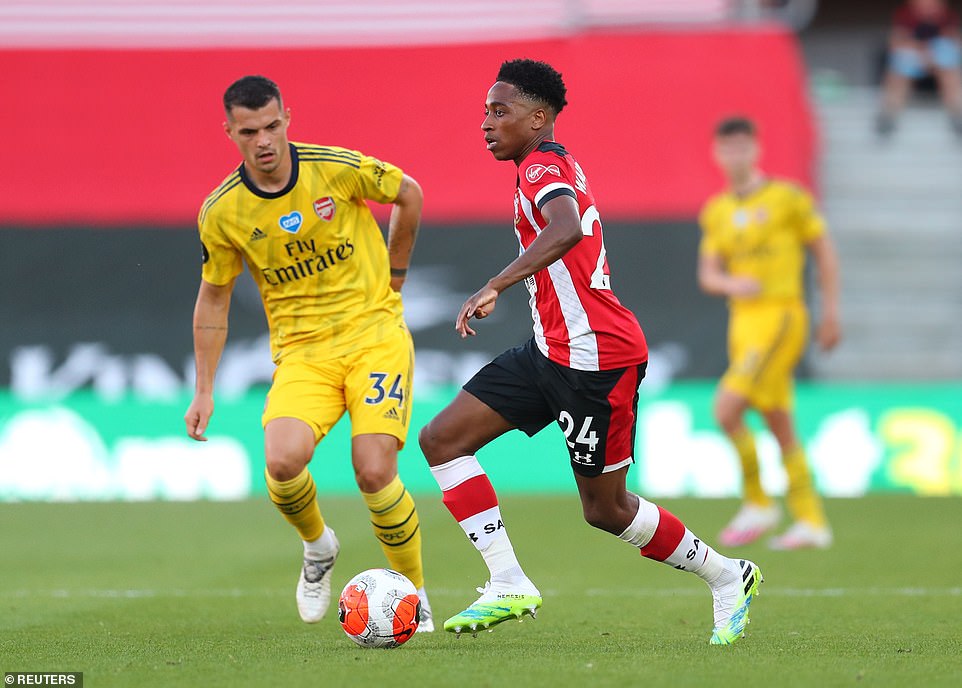 Kyle Walker-Peters, on loan from Tottenham Hotspur, was brought on at the start of the second half for Southampton 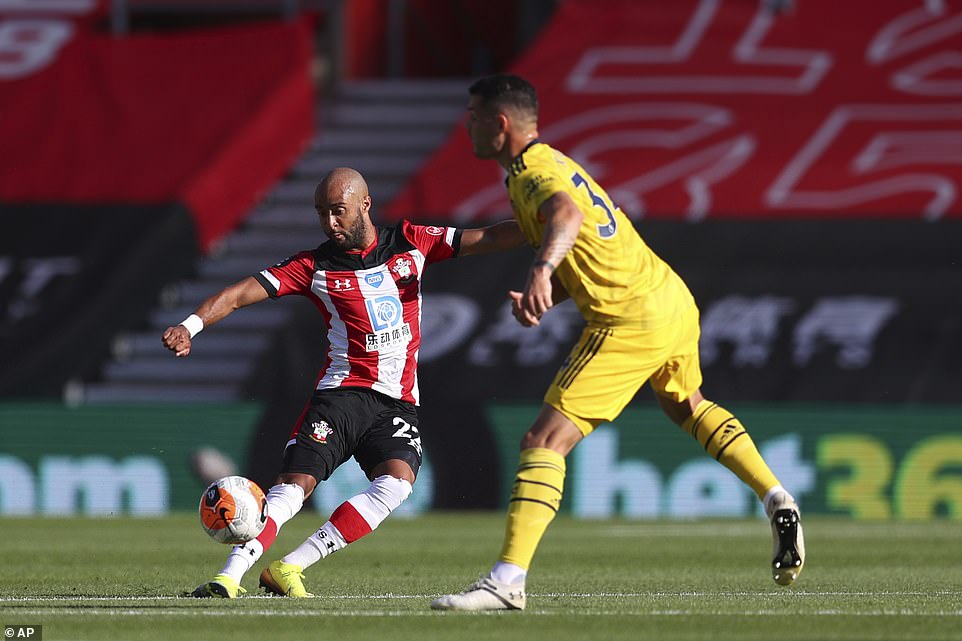 Nathan Redmond threatened to make an impact, but the Southampton player was unable to find the net against Arsenal

Bale: Mourinho was a big reason behind Tottenham return

Southampton post 'Alex McCarthy appreciation tweet' just before howler
Jamie Redknapp explains why Arteta prefers Eddie Nketiah over Pierre-Emerick Aubameyang
Best News
Recent Posts
This website uses cookies to improve your user experience and to provide you with advertisements that are relevant to your interests. By continuing to browse the site you are agreeing to our use of cookies.Ok