They call it the commentator’s curse, but on Thursday evening it was a case of the social media editor’s curse.

And Southampton were made to rue their timing as goalkeeper Alex McCarthy produced an awful howler to give Arsenal the lead at St Mary’s, just seconds after he had kept the score goalless.

McCarthy had excelled himself in getting the slightest of touches onto a Pierre-Emerick Aubameyang shot to divert it against the crossbar. 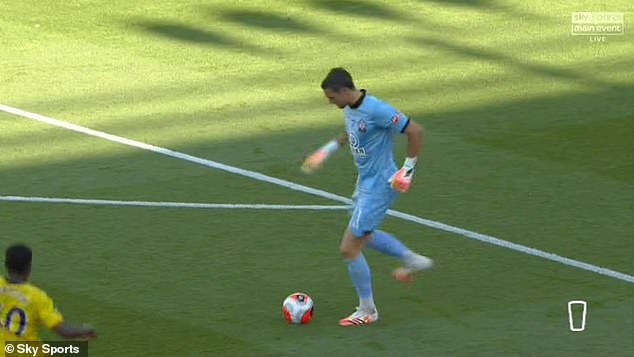 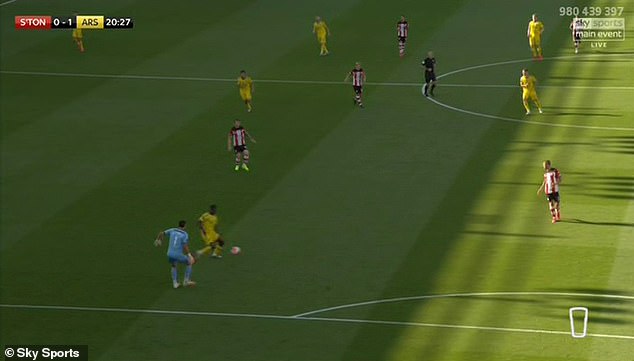 He passed the ball straight to Arsenal striker Eddie Nketiah, who had an easy tap in

The Gabonese striker had looked certain to score when he was played through into the penalty area before smashing his effort against the woodwork.

It looked a shocking miss, before replays showed that a faint touch from the Saints goalkeeper’s glove saw it cannon off the crossbar and into safety.

Southampton’s Twitter feed could not resist praising their No 1, promptly posting an ‘Alex McCarthy appreciation tweet’ with a replay of the crucial save.

But within seconds of the tweet going live, McCarthy had undone all his hard work, and left the club’s social media team with egg on their faces. 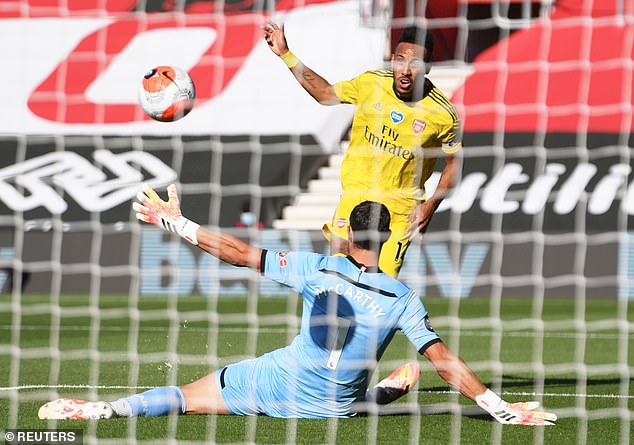 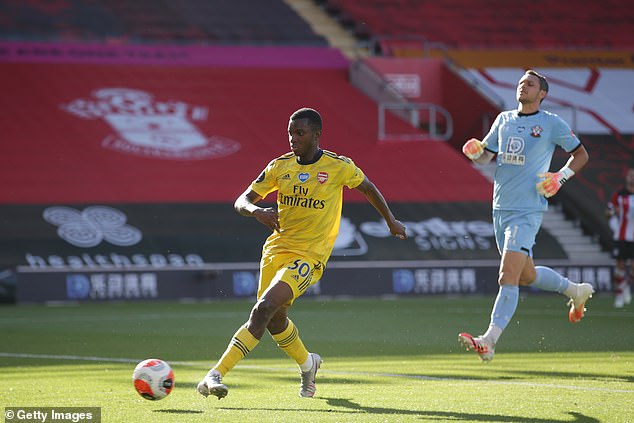 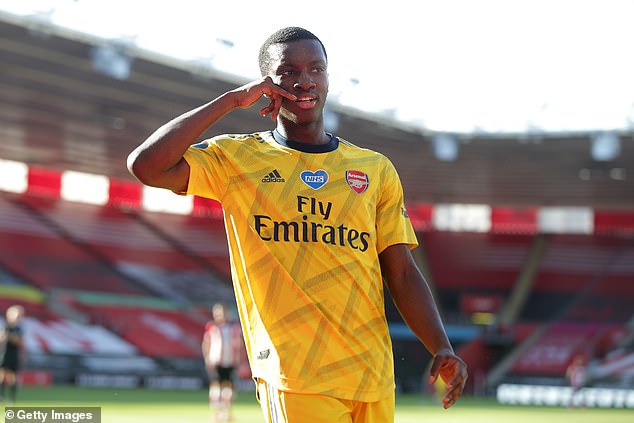 McCarthy dwelled just a second too long on the ball from a backpass from Jack Stephens before looking to play it back to a team-mate.

But in that time Eddie Nketiah had arrived on the scene and read his intentions superbly to cut the pass out and then score the simplest of taps in to put the Gunners ahead.

One user posted: ‘That’s what you call a reverse jinx’, while another remarked ‘this didn’t age well.’

Another tweet reminded the club: ‘There’s still time to delete this’.

Australia and New Zealand to host 2023 Women’s World Cup
Southampton 0-2 Arsenal: Eddie Nketiah and Joe Willock score
Best News
Recent Posts
This website uses cookies to improve your user experience and to provide you with advertisements that are relevant to your interests. By continuing to browse the site you are agreeing to our use of cookies.Ok