Spain manager Luis Enrique was apparently unaware his team had played against 10 men for the final 15 minutes of their UEFA Nations League draw against Switzerland.

His team required an 89th-minute equaliser from Gerard Moreno to snatch a draw in Basel after Sergio Ramos had missed two penalties.

Their cause was helped when Switzerland defender Nico Elvedi was shown a second yellow card for fouling Alvaro Morata in the box – conceding the second penalty Ramos squandered – with 11 minutes left. 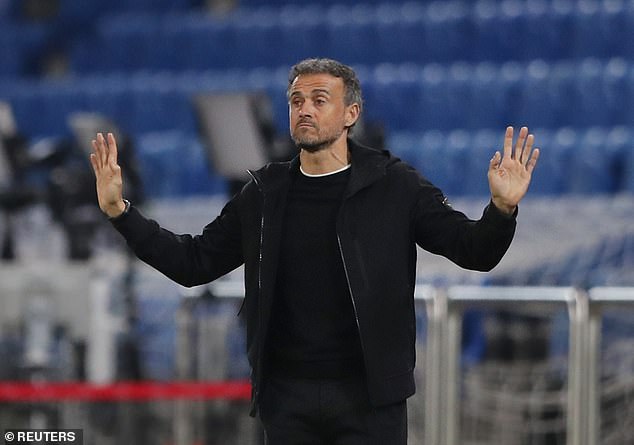 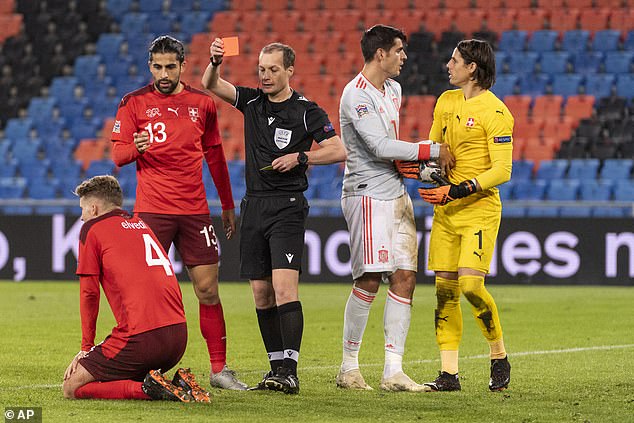 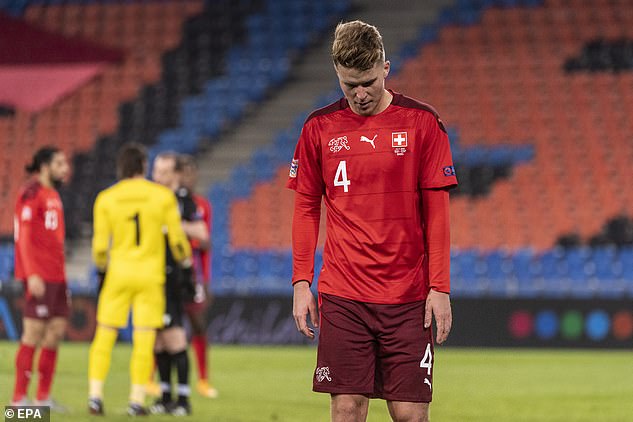 But his dismissal seemed to evade the attention of Luis Enrique, who looked non-plussed when a Marca journalist asked him about his team’s numerical advantage during the post-match press conference.

Turning to a staff member sat by his side, Luis Enrique asked ‘what sending off?’ before responding to the question with a look of surprise on his face.

The late goal by Villarreal forward Moreno ultimately spared Spain a second consecutive defeat in Nations League Group A4 and kept them in contention to qualify for the tournament finals when they host leaders Germany in Sevilla on Tuesday night. 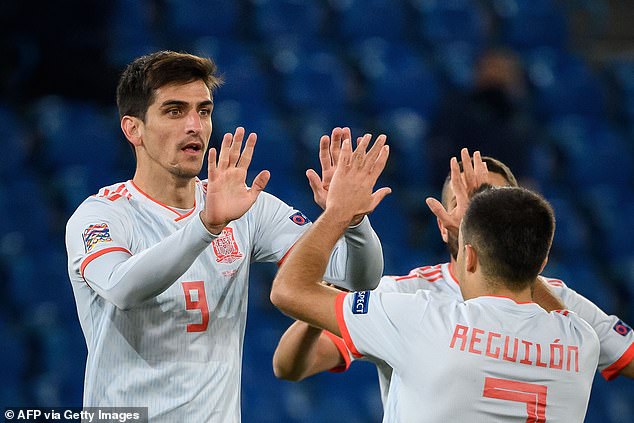 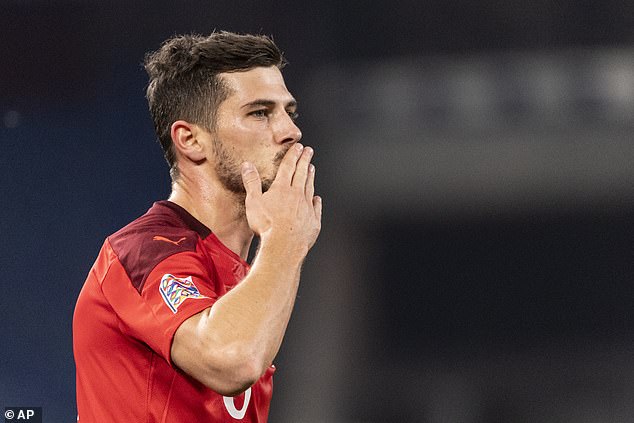 His first was drilled low towards the bottom corner and his second was an attempted Panenka, but both were kept out by Swiss keeper Yann Sommer.

Spain lacked a cutting edge in attack, with Switzerland scoring through Atalanta midfielder Remo Freuler after 26 minutes, after Luis Enrique started without a recognised No 9 up front.

‘Soccer can be like this,’ he said. ‘It’s a wonderful game but sometimes it does not do justice. A lot of things happened and we tried to play our style.

‘We felt that a No 9 was not going to be necessary in the first half. We lacked a bit of freshness but I think Switzerland were good. 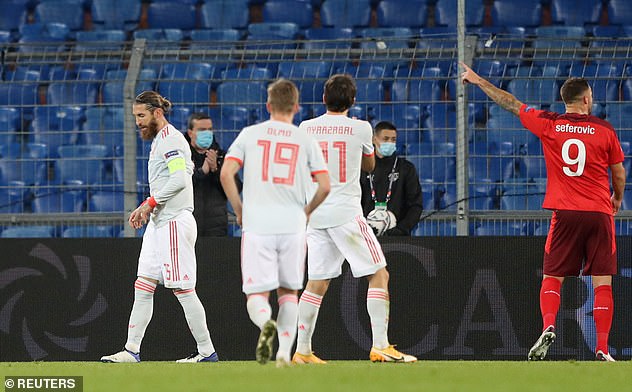 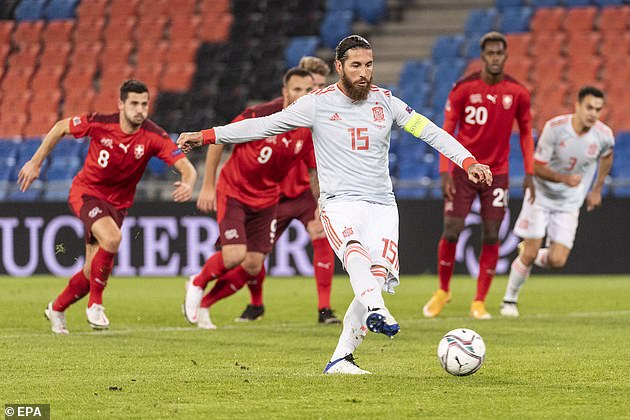 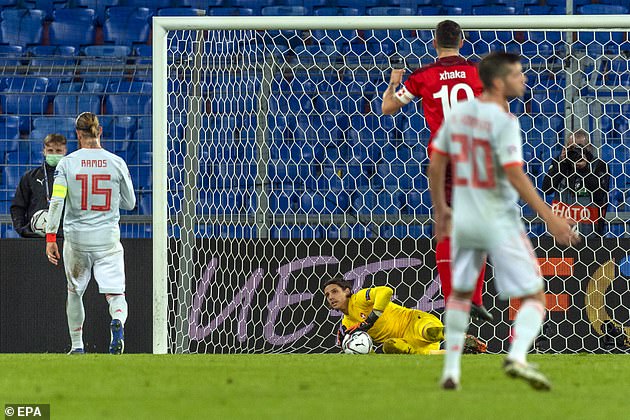 ‘It is easy to say after the game that Morata had to play or Gerard should have played.’

He added that Spain will treat Tuesday night’s meeting with Germany as though it was a knockout game in a major tournament.

‘I already have a plan for the Germany game. We not know that we need to win or be out, as if it was a knockout game in the European Championship.’

Man City to hand Aston Villa blow by activating £25m Douglas Luiz clause
FIFA to compensate Liverpool and pay Gomez’s £80k-a-week wages while injured
Best News
Recent Posts
This website uses cookies to improve your user experience and to provide you with advertisements that are relevant to your interests. By continuing to browse the site you are agreeing to our use of cookies.Ok