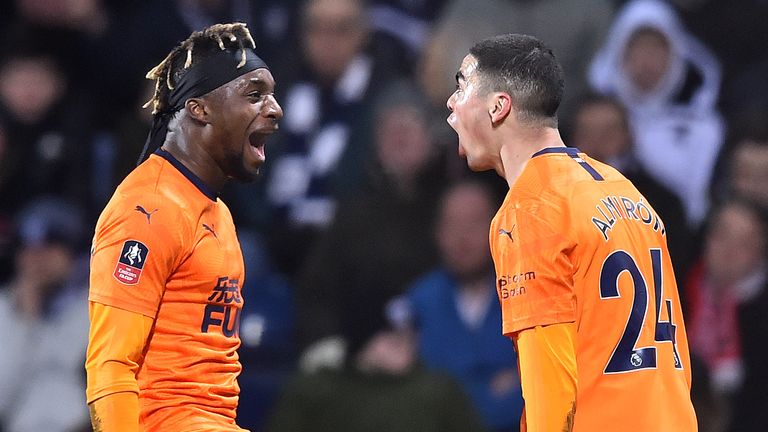 The Magpies invested £16m in French winger Saint-Maximin in August last year around six months after spending £21m on Paraguay international Almiron, and both have proved their worth with impressive performances since the Premier League’s restart.

Bruce, who saw £40m striker Joelinton also arrive last summer, knows the gap to the league’s big boys is large and is eager to add more high-profile stars to his squad.

Newcastle’s summer spending could depend on the success of their proposed Saudi-backed takeover, which is awaiting approval, but Bruce is already thinking big. 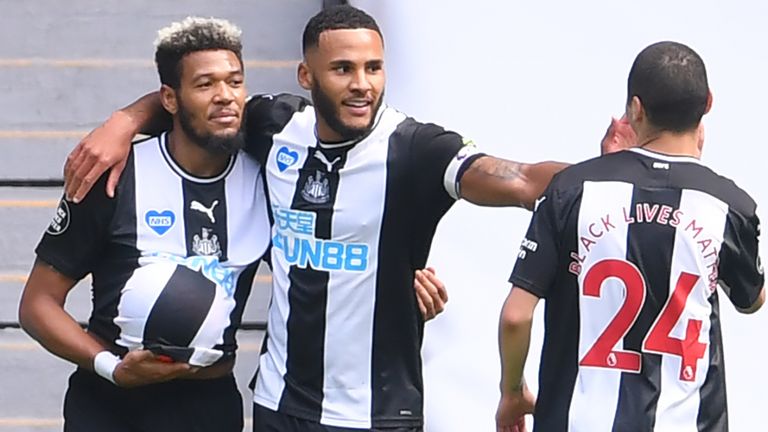 “To mix with the elite is difficult these days, we have to take the club forward,” Bruce said. “The elite are still a long way off.

“We’ve seen the best of Joelinton over the last few weeks – he’s looked more accomplished in a wide role and given me more food for thought. With Almiron and Allan, we have to keep adding that bit of quality. Make no mistake, they are the ones who make the difference.”

Newcastle, who face West Ham on Sunday live on Sky Sports, had been relatively modest spenders under current owner Mike Ashley until he sanctioned a club-record move for Brazilian Joelinton, building instead around a core of players in the likes of Jamaal Lascelles, Isaac Hayden, Matt Ritchie and Jonjo Shelvey, who helped the club fight its way back into the top flight.

Bruce said: “They’ve been here three or four years. For me, they epitomise the club. They know the club, what it’s like, they know the demands of what it takes to play here at Newcastle.

“The club needs that nucleus. It’s important that you keep it. How often do you see a club that gets promoted from the Championship and, all of a sudden, the team that’s got you there is dismantled very, very quickly?

OLIVER HOLT: Allowing logos has to be more than just a sop to players
Man Utd told its time for Dean Henderson to step up and challenge David de Gea
Best News
Recent Posts
This website uses cookies to improve your user experience and to provide you with advertisements that are relevant to your interests. By continuing to browse the site you are agreeing to our use of cookies.Ok