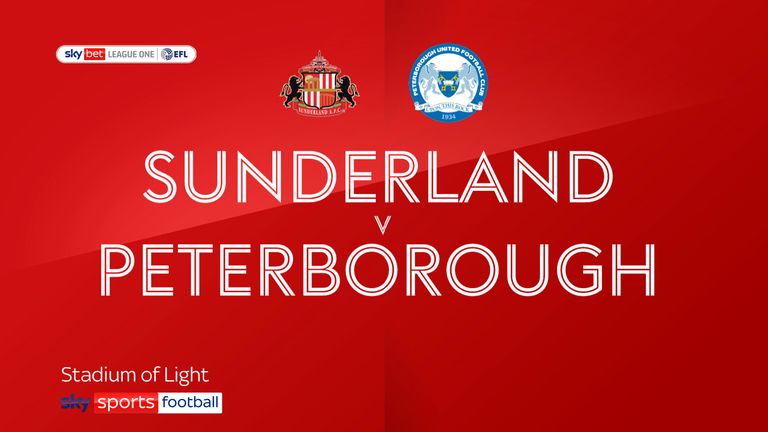 Grant Leadbitter’s late penalty was enough to seal Sunderland a narrow 1-0 Sky Bet League One victory over Peterborough to extend their unbeaten start at the Stadium of Light.

The Black Cats made it seven points from nine to open the season courtesy of Leadbitter’s first goal for the Black Cats since returning from Middlesbrough in January last year.

The 34-year-old’s 81st-minute penalty was driven low and hard inside goalkeeper Christy Pym’s bottom-right corner having steadied himself while Posh players complained about the decision.

The visitors had the better of the game’s early chances with Siriki Dembele and Jonson Clarke-Harris both forcing the home side’s goalkeeper Lee Burge into saves.

But Sunderland settled and that took some of the sting out of a dangerous Peterborough attack before the break.

The nearest the Black Cats had come to scoring before then was when Luke O’Nien headed Denver Hume’s cross over from 10 yards.

After the restart Sunderland, who went close through O’Nien and Charlie Wyke, enjoyed more of the possession but Peterborough had the best two chances.

Burge denied Jack Taylor from 20 yards before Louis Reed hammered the crossbar with a thunderous free-kick.

Then Hume was tripped by Jack Taylor with 19 minutes left and Leadbitter did the rest to secure a Sunderland win.

Koeman rejects "villain" tag over Messi’s unhappiness as blame shifted
Crewe 2-0 MK Dons: Mandron, Finney on target for Railwaymen
Best News
Recent Posts
This website uses cookies to improve your user experience and to provide you with advertisements that are relevant to your interests. By continuing to browse the site you are agreeing to our use of cookies.Ok