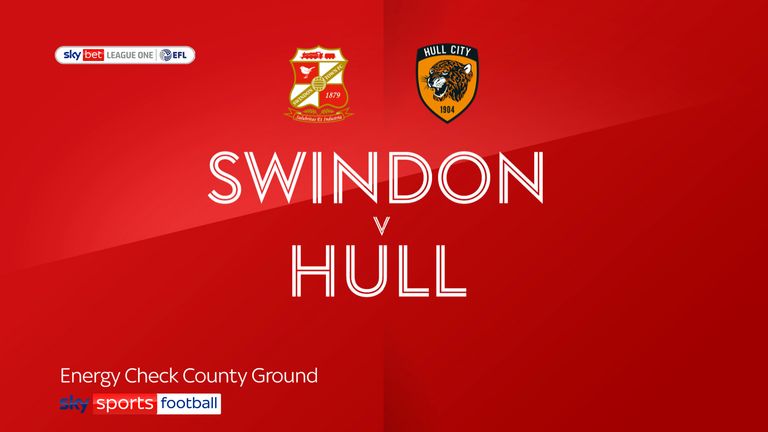 Paul Caddis and Joel Grant were on target as Swindon came from behind to end their four-match pointless streak in Sky Bet League One with a 2-1 victory over Hull.

Swindon’s wretched league record looked like going from bad to worse when Keane Lewis-Potter put Hull ahead in the 16th minute with a fine solo effort.

Lewis-Potter started a jinking run from inside his own half before caressing the ball into the far right corner past Matej Kovar.

Caddis lashed the hosts level when Jonny Smith took a corner quickly which caught out the sleeping defence, with Caddis offered time and space to cannon the ball in off the bar in the 31st minute.

Grant turned the game on its head nine minutes into the second half when a fine passing move by the Robins ended with Hallam Hope flicking the ball into the path of the winger who took his time and knocked it in for 2-1.

Hull pushed hard for 2-2, but looked more likely to get caught on the counter-attack and concede a third, although Swindon had to settle for a one-goal win.

Liverpool boss Klopp explains decision to start Phillips vs West Ham
Lampard provides Pulisic update after Chelsea star’s latest injury
Best News
Recent Posts
This website uses cookies to improve your user experience and to provide you with advertisements that are relevant to your interests. By continuing to browse the site you are agreeing to our use of cookies.Ok