Liverpool have sealed their first Premier League title and 19th league championship, with Jurgen Klopp‘s side runaway winners in 2019/20.

The Reds have claimed the title after beating Crystal Palace and Manchester City lost to Chelsea, a few short weeks after football resumed behind closed doors.

Fans have waited 30 years for a top-flight title to come back to Anfield, but this season looked like being the one they had waited for almost from the opening day.

It’s worth a look back at a campaign which saw incredible win streaks, big-match performances and lots of late, late winners.

Here are the moments which won Liverpool the 19/20 title.

So often in recent seasons, Liverpool and their fans have been optimistic heading into a new campaign…only to receive a sharp reality check.

Whether it was Brendan Rodgers’ first game in charge—a humbling by West Brom—or the season after a second-place finish under Rafa Benitez—a dismal loss against Spurs—Liverpool always seemed to underachieve most just when matters were looking most positive.

So, this time, after finishing second with a fantastic points haul in 2018/19, it was reassuring for supporters to see the Reds start fast, blitzing Norwich 4-1 on the opening night of the campaign.

One big minute at Stamford Bridge 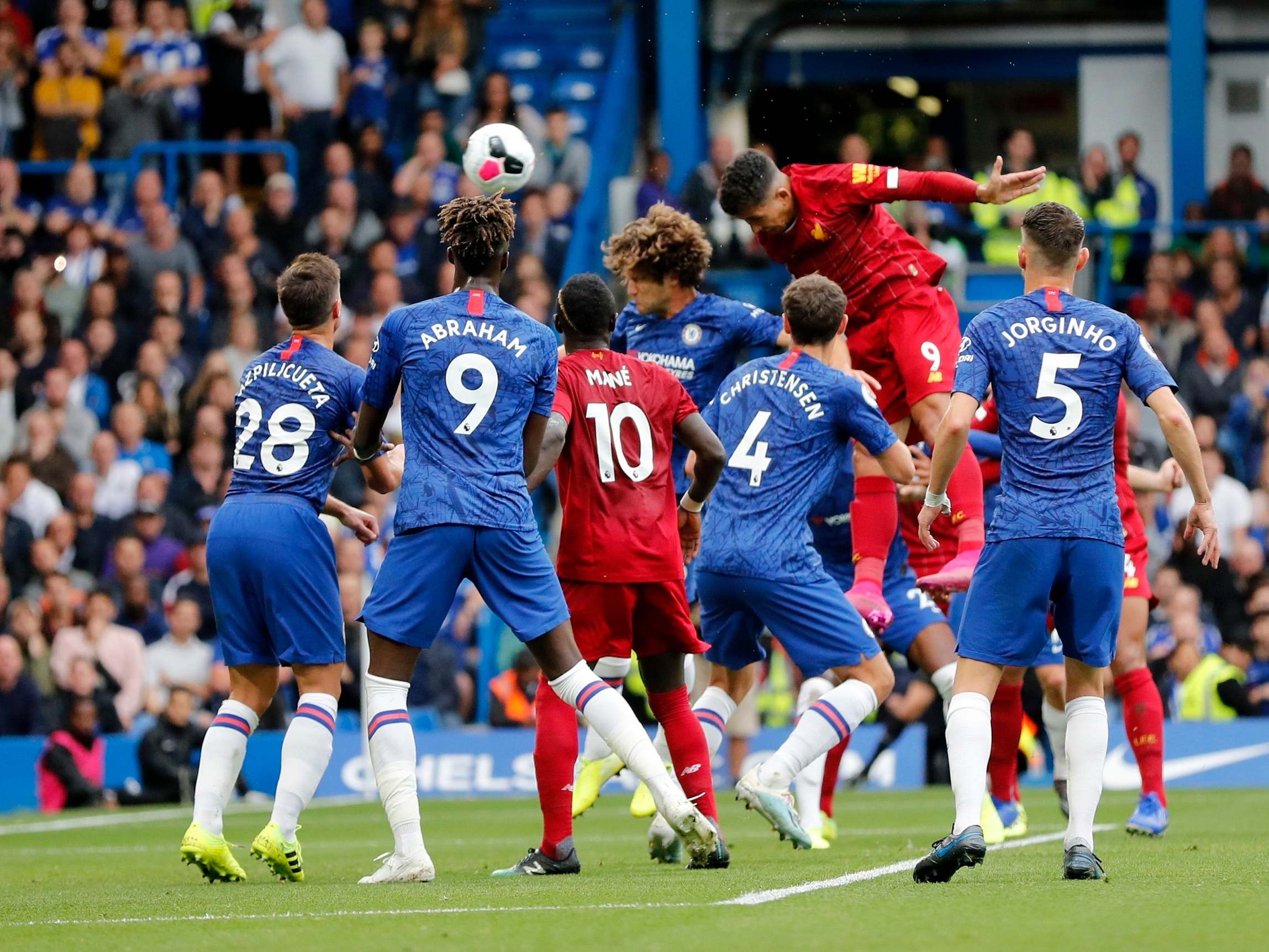 The Reds had quickly gotten into their stride early in the season, seeing off the likes of Arsenal, Burnley and Newcastle without fuss.

But at Chelsea, the outcome of the game perhaps boiled down to one crazy minute, when it appeared the Blues had equalised…but then found themselves two down.

Cesar Azpilicueta netted, only for VAR to overrule it for an offside far earlier in the buildup—then Liverpool went up the other end, won a free-kick and scored the second.

Manchester United won’t be keen to have contributed too much to a title win to their greatest rivals, but one of their players certainly played his part.

Dean Henderson has had an excellent season on loan at Sheffield United, but his error in allowing a Gini Wijnaldum shot to slip through his grasp and into the net was decisive.

It was the only goal of the game as the Blades restricted the Reds to pot-shots.

Ice-cool Milner on the spot

Leicester City gave Liverpool a good game at Anfield, but this was the start of a huge trait of Klopp’s team.

The Reds won a very, very late penalty which James Milner dispatched in style—and it proved a trend-setter, as late winners become the norm for the Reds.

The Reds had won every match as they travelled to Old Trafford in mid-October, and while that would never be a plausible form guide to pursue for the entire season, losing brings an air of uncertainty.

Step forward Adam Lallana, then, who popped up at the far post to plunder a late equaliser against Man United and ensure the Reds’ unbeaten start continued. 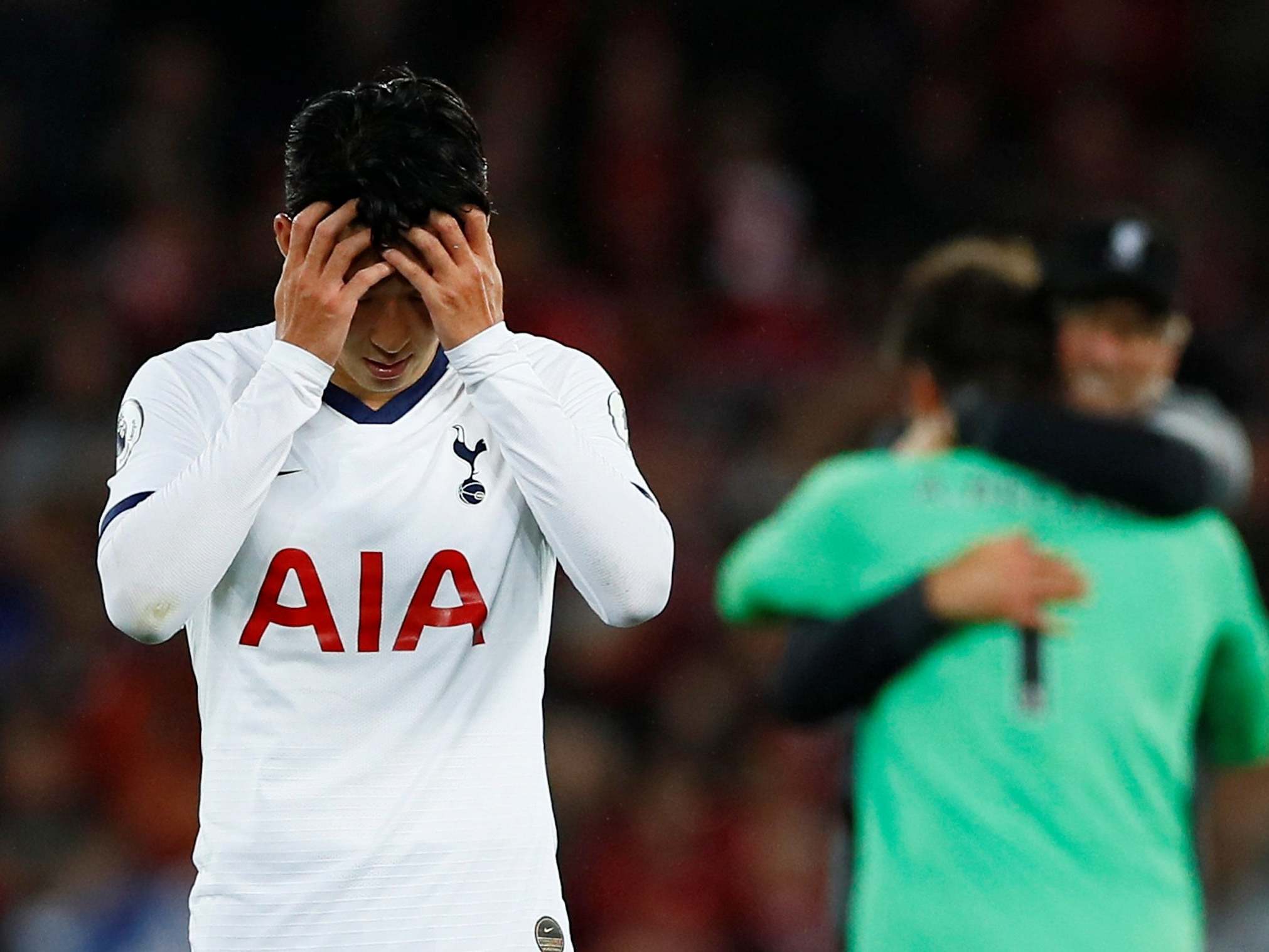 Liverpool were losing against Tottenham, too, before turning the match around and winning 2-1 at Anfield.

But the comeback could have been a forlorn hope, had Son Heung-min netted a seemingly easy chance after rounding goalkeeper Alisson.

He didn’t, and the Reds seized their chance to get back in the game and take all three points.

What was that about late goals? It’s never, ever over until the whistle goes, as two goals in the last three minutes showed here.

Andy Robertson and Sadio Mane headed one goal apiece to send the match from 1-0 to Aston Villa to 2-1 to Liverpool in the blink of an eye.

With Liverpool having won every home game and drawn just once away, there was already talk that it was a must-win game for Man City as they headed to Anfield.

Any notion of that happening was extinguished within 15 minutes, as the Reds scored a quickfire brace.

Fabinho’s howitzer from range was the pick of the bunch in an eventual 3-1 win which firmly put Liverpool into unchartered territory as favourites, rather than chasers, for the title. 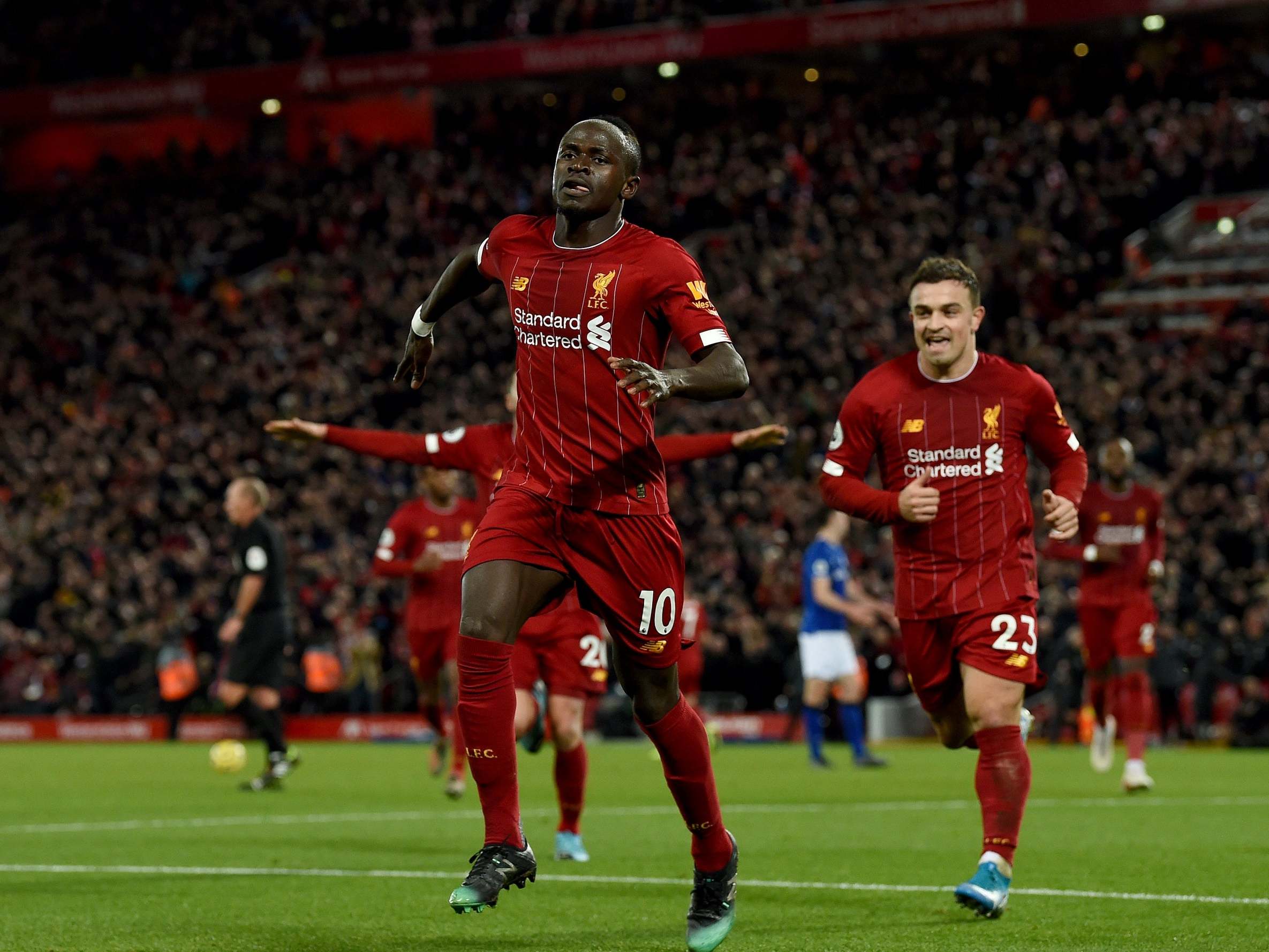 The Merseyside derby was the next challenge, but Everton were in the final disorganised throes of the Marco Silva reign, while the Reds had an in-form Sadio Mane.

Liverpool’s No. 10 notched two assists and one goal in a 5-2 thumping victory, earning Silva the sack in the process.

Liverpool had to travel halfway around the world in mid-December for the FIFA Club World Cup, leaving some to suggest they’d be tired and beatable upon their return.

No such luck, as the Reds demolished Leicester on Boxing Day, 4-0 the score as Trent Alexander-Arnold put in a virtuoso performance.

That was the end of Leicester’s own hopes and the start of many taking the Reds’ campaign rather more seriously.

VAR rules in favour at both ends

It’s not always as clear-cut though—Liverpool relied on extremely fine margins to beat Wolves 1-0 just before the turn of the year.

Two VAR calls went the Reds’ way, as Mane’s goal counted after an initial claim of handball against Adam Lallana didn’t stand, before Neto’s strike was ruled out for offside.

A series of improbable misses…

Liverpool have the best defensive record in the league, but two factors come into play here. One, is that Alisson Becker—even though he has missed games through injury—continues to be world-class.

Two, is that teams have missed massive opportunities at key moments, which could have taken points off the Reds. A run of games in January proved the point…

…Giovani Lo Celso, late on, missed a chance from just two yards out to equalise for Tottenham. Liverpool won 1-0.

…Anthony Martial ran through on goal for Manchester United at Anfield, only to smash wildly over the bar instead of making it 1-1.

…Diogo Jota then skewed a chance over the bar for Wolves from a few yards out, rather than making it 2-2 in the closing moments of the match.

Salah gets the Kop on board 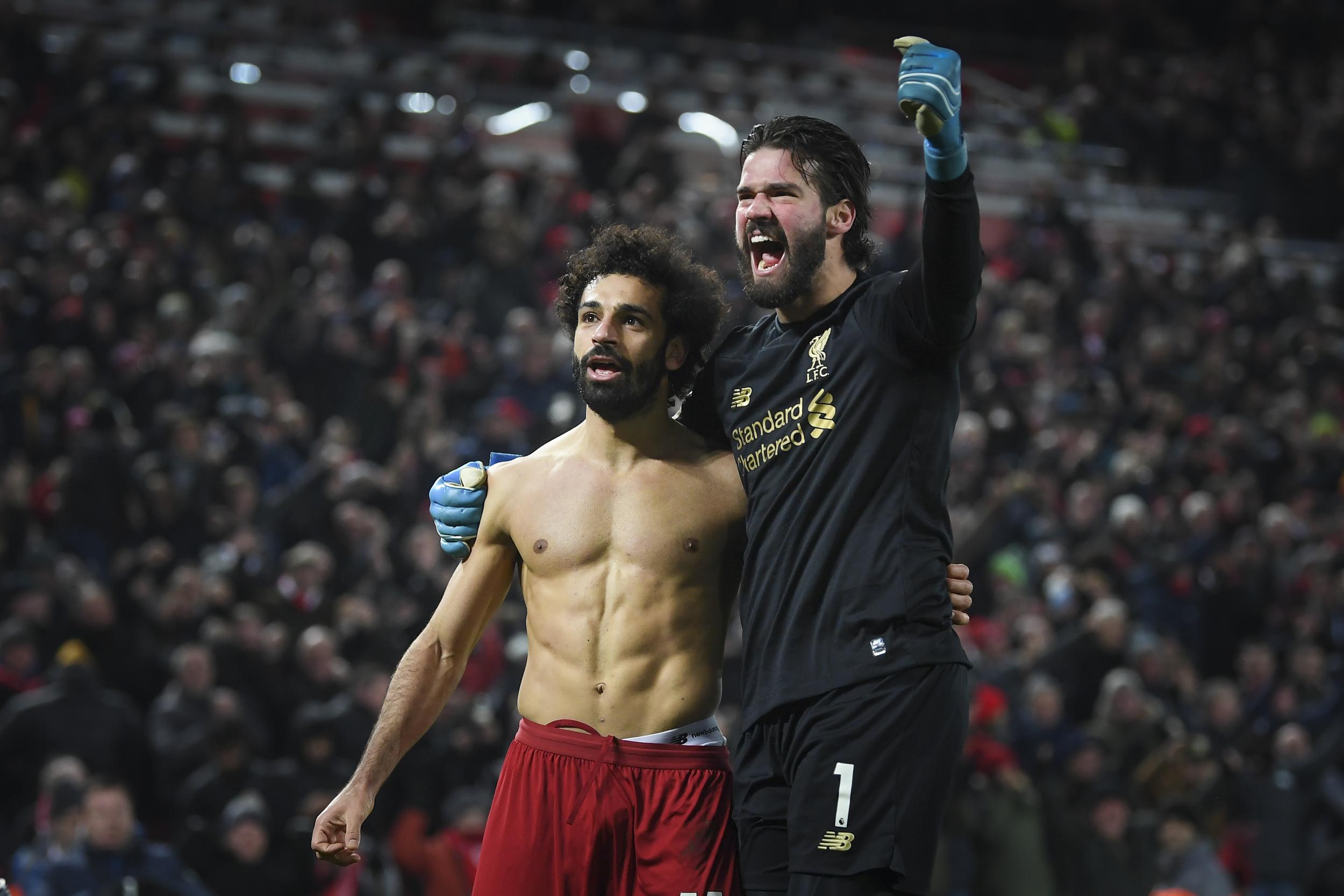 In the same game as Martial misfired at one end, Mohamed Salah put the title beyond all doubt—at least as far as the Anfield faithful were concerned.

Alisson’s pass downfield set the No. 11 away and he kept his cool to hold off the defender and finish beyond David de Gea, sparking scenes of celebration and chants of “we’re gonna win the league” inside the stadium.

Alisson’s one-on-two save at Norwich

Sadio Mane scored the winner at Carrow Road after a night of very solid defending from the bottom club, but it was a real slog to even get a 1-0 win.

Norwich would have had even more to fight for, had it not been for another intervention from Alisson: a superb save when the home side were two-on-one against him, standing his ground and diving at just the right moment to palm away a pass which would have otherwise led to an open goal.

Fabianski flaps to hand Reds all the points

From that great goalkeeping display to a rather worse one, which handed the Reds points.

It wasn’t a great performance at home to West Ham, but two goals in the last 20 minutes after errors from Lukasz Fabianski kept the Reds winning—the worst being Salah’s shot which squirmed through the Polish goalkeeper’s hands and feet and over the line.

The title was already looking like Liverpool’s and so talk had turned to an unbeaten season – but Watford ensured it wouldn’t be.

After that league loss and an FA Cup exit, the Reds needed a response and got one with a comeback 2-1 win over Bournemouth.

If there were any strange lingering doubts, they were expunged here – though only thanks to James Milner racing back and clearing a lobbed shot off the line, with Adrian beaten.

After an enforced three-month break from action, Liverpool returned with a low-key draw at Everton—but their first game back at Anfield was a different matter.

Salah, Mane and Roberto Firmino were on top form as the Reds put four past Crystal Palace without reply.

That left Liverpool needing just two points to win the title and end their long, long wait to be champions again.

Chelsea see off City to end the chase 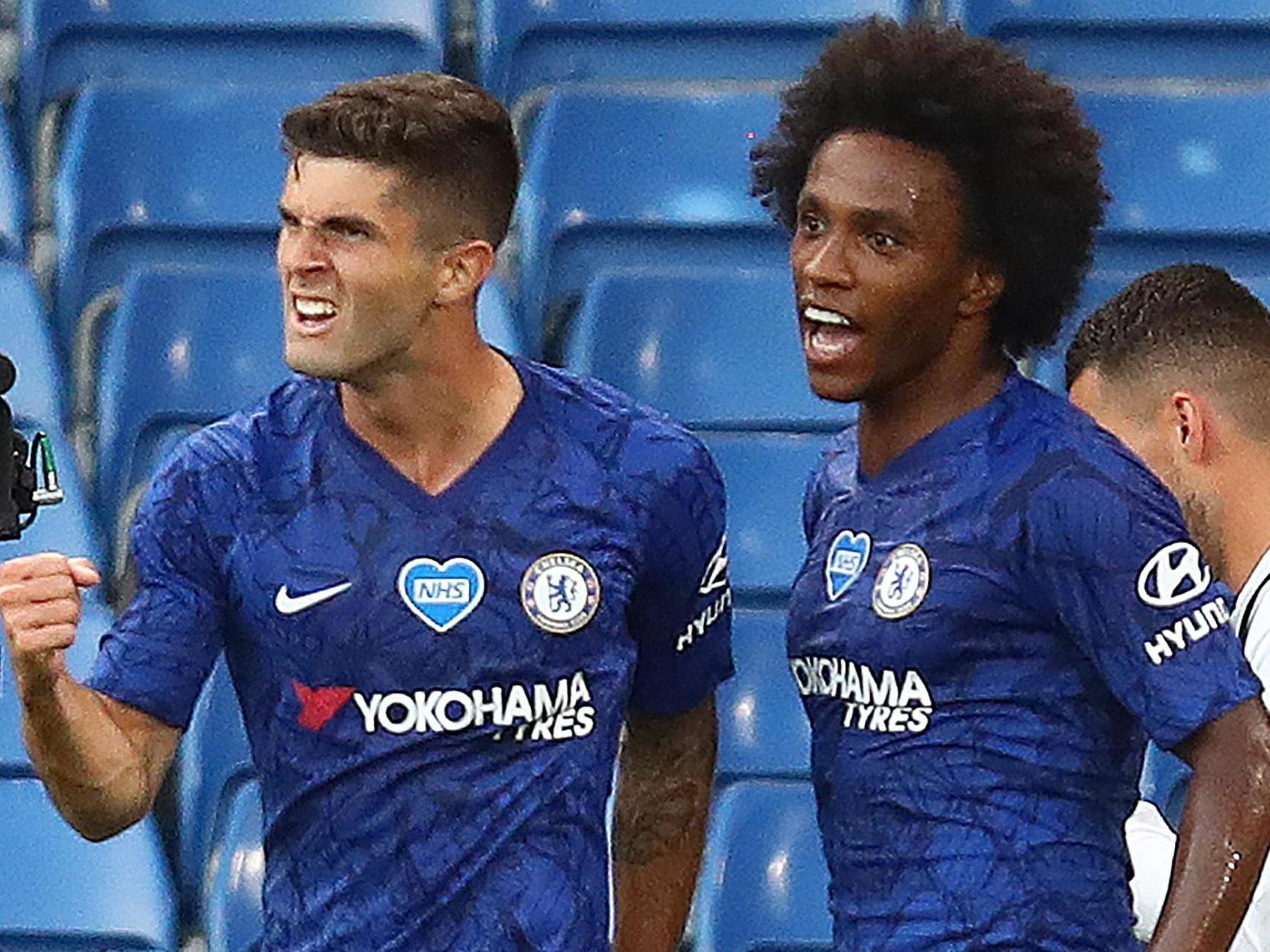 Christian Pulisic and Willian were the unlikely heroes for the Reds, netting a goal apiece as Chelsea beat Manchester City 2-1, the day after the Reds’ win over Palace.

With that result, City could no longer catch Klopp’s side—and 30 years of waiting was over.

MARTIN SAMUEL: Timo Werner is a game-changer for Chelsea

Bayern can be early starters again in Champions League final

Klopp hails "incredible achievement" as Reds win first Premier League title
Sir Kenny Dalglish insists Liverpool have ‘a lot more happy days’ provided Jurgen Klopp stays at club
Best News
Recent Posts
This website uses cookies to improve your user experience and to provide you with advertisements that are relevant to your interests. By continuing to browse the site you are agreeing to our use of cookies.Ok