The Chelsea clearout: Frank Lampard wants rid of up to SEVEN players including Kurt Zouma, Jorginho and Marcos Alonso as he plots a Stamford Bridge overhaul – but where could they end up?

After consolidating Chelsea’s place in the Champions League despite a transfer ban, Frank Lampard is now in the midst of plotting a summer overhaul.

Ahead of a second season in charge where expectations will shift towards challenging for silverware after a trophyless debut campaign, there is much work for Lampard to do.

In attack Timo Werner and Hakim Ziyech have already been added, while the club continue to track Bayer Leverkusen star Kai Havertz. 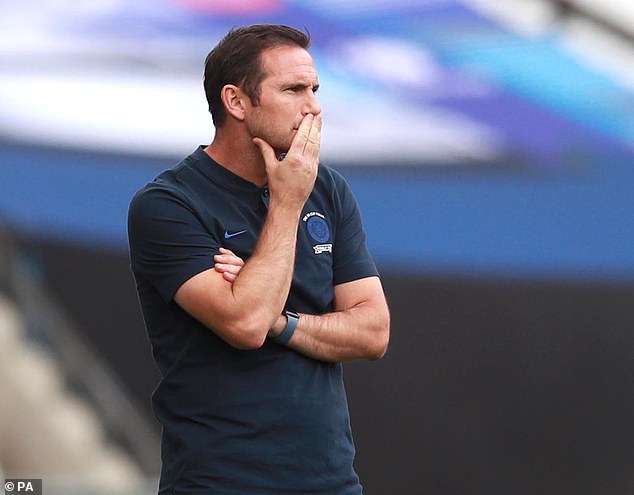 Lampard is determined to overhaul his defence after they leaked a staggering 54 goals in the league last season.

That places the future of Kurt Zouma, Andreas Christensen and Marcos Alonso in increasing uncertainty.

Here, Sportsmail looks at seven of the players most at risk of the Lampard axe, whether they should stay or go and where they could end up…

After two seasons on loan at Stoke and Everton, Zouma’s Chelsea career appeared all but over.

But last summer’s transfer ban handed the Frenchman an unexpected reprieve and he made 28 Premier League appearances in 2019-20 as a result.

The way he was turned inside out by Pierre-Emerick Aubameyang for Arsenal’s FA Cup final winner, though, suggests he is not at the level Chelsea now require.

Any major additions at centre-back would put the 25-year-old’s future under threat. Everton remain linked with a move for the man who spent 2018-19 on loan at Goodison Park and they had been hopeful of snapping him up 12 months ago.

Linking up with Carlo Ancelotti perhaps remains his most realistic move this summer. 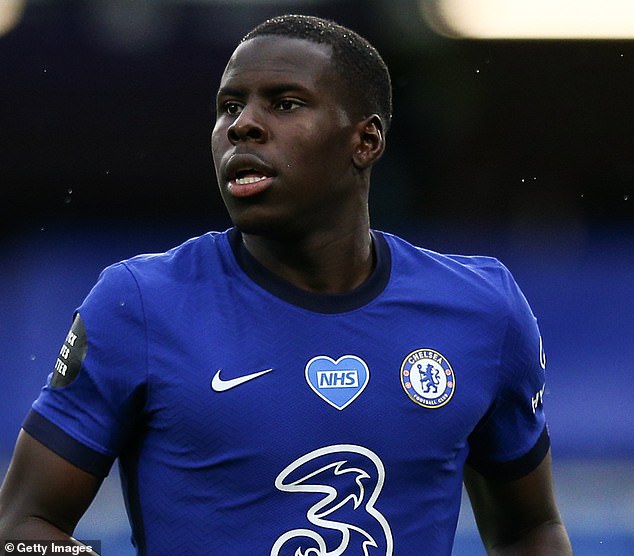 The other half of Chelsea’s under-fire defensive pairing.

Big things were expected of Christensen when he returned to Stamford Bridge in 2017 after two years on loan at Borussia Monchengladbach.

Managerial changes in the years since have not helped, and he has particularly struggled under Maurizio Sarri and Lampard.

He has featured much more heavily under Lampard but remains hampered by injury niggles.

At 25 there is still room for him to grow and progress further, but one thing Lampard does not have in abundance is time. He will need reliable centre-backs in terms of both fitness and performance, which Christensen cannot guarantee.

His future at the club, though, appears more secure than Zouma’s. 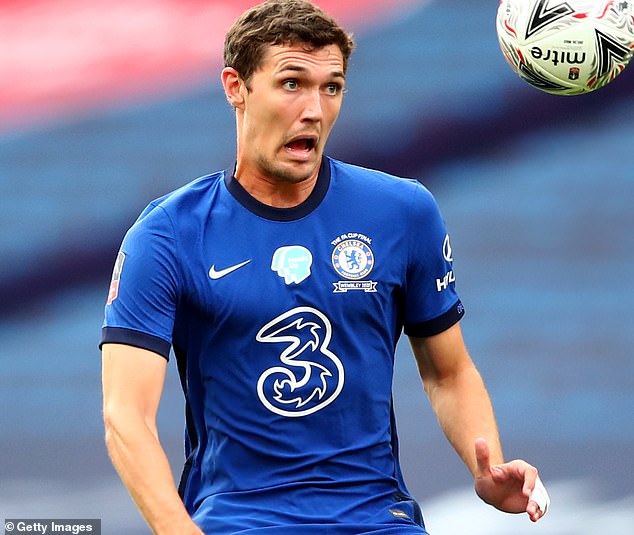 While other defenders on this list could still have a Chelsea future, Emerson’s days in west London appear numbered.

Since arriving from Roma in January 2018 the left-back hasn’t done enough to suggest he has a long-term future at the club.

He has been strongly linked with a return to Italy, with former Blues boss Antonio Conte reportedly keen to bring him to Inter Milan this summer.

It would be a major surprise to see him remain at Stamford Bridge beyond this summer. 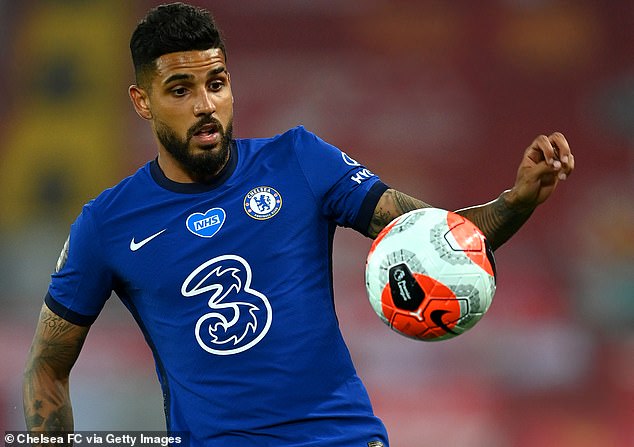 One of the great Stamford Bridge survivors in recent years.

Alonso arrived in the same summer as Conte and proved crucial to his title-winning 3-5-2 system in 2016-17.

That formation has been rarely spotted under Lampard and has often left Alonso as the odd man out.

The Spaniard is fully capable of filling in at left-back in a four-man defence, but he is far less convincing as a long-term option in that position.

He turns 30 later this year and his time at Chelsea may now be running out. But will Lampard be willing to pursue two new left-backs this summer?

With Emerson likely to leave, the manager may well be reluctant to get rid of a second in the same summer. Alonso remains a useful option in the 3-5-2 and his set-piece delivery is among the best in the Premier League. 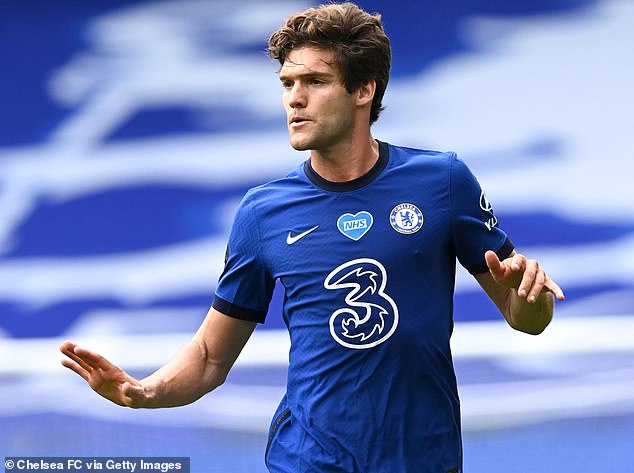 Lampard may be loathe to lose one of his few world-class assets this summer but he may be tempted to cash in on Kante.

Like Sarri before him, Lampard has struggled to accommodate Kante in his system and the Frenchman could be sold in an effort to prioritise the Blues’ weaker spots.

Kante turned 29 in March and his tireless body is beginning to creak. He has been hampered by injury issues – particularly to his hamstring area – in the past year.

With his deep-lying position no longer in regular use at Chelsea and his time spent on the treatment table clocking up, the temptation to sell and reinvest in more pressing areas becomes clearer for Lampard.

Under his vision for the club, it is no longer clear where he fits in. And Kante will not be short of suitors across Europe if he is put up for sale, with PSG one of the main interested parties in recent years. 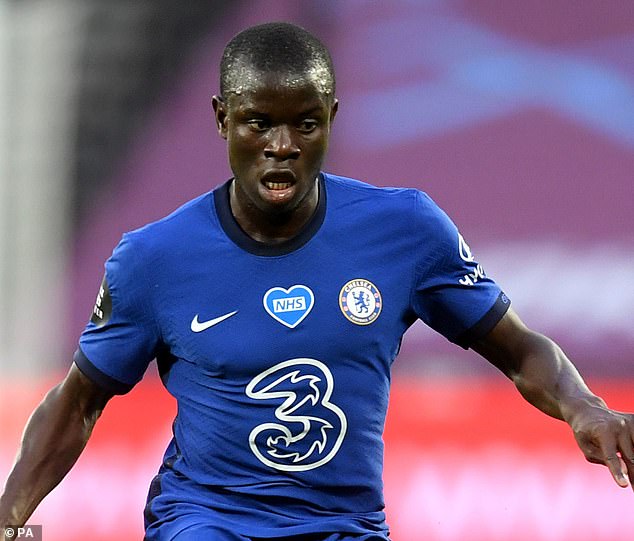 Another player whose class is undeniable but who seems to feature less and less in Lampard’s plans for the future.

Jorginho was conspicuous by his absence from Chelsea’s opening games of the restart before eventually becoming a regular feature again following the 3-2 win over Crystal Palace.

After struggling to win over the Stamford Bridge crowd in his first season under Sarri, he seemed to be turning his reputation around before the season came to a shuddering halt in March.

Few players at Chelsea can match Jorginho’s technical ability, but question marks surround whether he fits into Lampard’s vision at Stamford Bridge.

If not, then a swift return to Italy and a reunion with Sarri at Juventus is on the cards, despite their overstocked midfield. At 28 he is not getting any younger and Lampard could be tempted to cash in now if he remains unconvinced by the Italian playmaker. 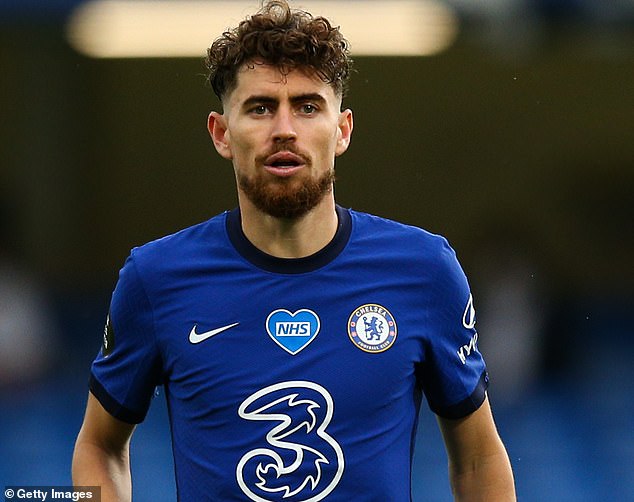 Another midfield player who has struggled to fully win over Lampard.

Chelsea went all in in their pursuit of Barkley in 2017-18, and finally landed their man in the January of that season. Injuries restricted him to only four appearances under Conte before the Italian was sacked.

Sarri struggled to find a home for Barkley in his possession-based approach, while the player has had his run-ins with Lampard this season.

The Chelsea boss was critical of the midfielder after he was pictured topless in a nightclub in November last year, and though he has made 30 appearances this season he is far from a regular.

At 26 it appears that it is now or never for Barkley to deliver on the rich promise he showed in his early years at Everton. That West Ham are among those most seriously linked with the England international shows how far his stock has fallen in recent years.

Ponderous on the ball and often too determined to go it alone, Barkley has become a bit of a luxury player who has perhaps forgotten what it was that gave him such a wild edge in his younger career. He may have to take a step back to take that step forward in a make-or-break summer. 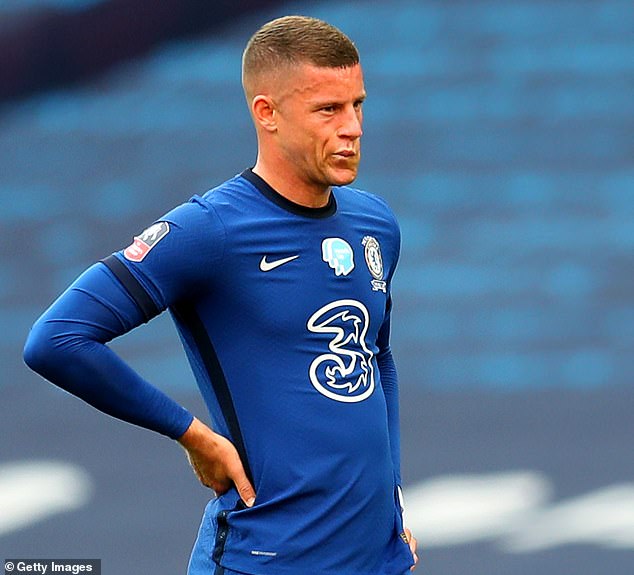 Christopher Jullien says Celtic can cope with a stronger challenge from Rangers this season
Real Madrid enforcer Casemiro reveals challenge of playing for Zidane
Best News
Recent Posts
This website uses cookies to improve your user experience and to provide you with advertisements that are relevant to your interests. By continuing to browse the site you are agreeing to our use of cookies.Ok