Thiago Alcantara is the world-class player Liverpool needs to shake up the team and prevent stagnation. That is the view of former Reds defender Jamie Carragher.

Liverpool have made one signing in the transfer window with Kostas Tsimikas arriving from Olympiakos.

Manager Jurgen Klopp has made clear he is happy with the squad he has assembled and would only be interested in a deal if a top tier player was available.

Bayern Munich star Thiago has reportedly told the board at the German club he wants to leave after seven years.

Last month he was instrumental for Bayern as they won the Champions League and completed the treble. 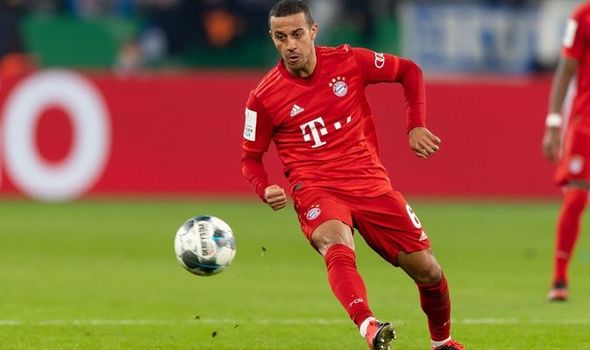 Liverpool have been strongly linked with the Spain midfielder and Klopp has spoken publicly about his admiration for the deep-lying playmaker.

The 29-year-old’s price tag is only £27million which is not a fee beyond Liverpool’s reach.

Liverpool’s rivals have all strengthened in their squad as they look to close the gap to the Premier League champions.

And Carragher believes Thiago is the missing ingredient for Liverpool to continue their dominance. 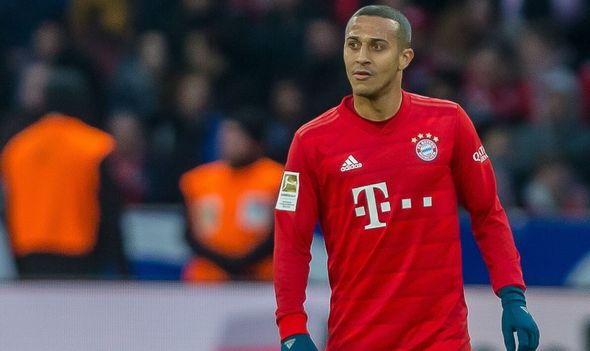 “Jurgen Klopp has been absolutely unbelievable and he certainly can manage them and get the best out of them, but I think if they were to get Thiago Alcantara from Bayern Munich, it’s the only area of the team where I’d say they were not world class, and they are very good in there because the players in there are fantastic players,” Carragher told Sky Sports.

“They’ve got a great work ethic and attitude, they supplement and complement the defence, the goalkeeper and the attack brilliantly but you put him in there and you’ve got a genuine world-class presence in the middle of a brilliant team already and that would also do a number of things.

“Jurgen Klopp has proven that Liverpool can go on.

“You win the Champions League and then you go on to win the league the year after, you’ve proven that you can go on.

“Even to get the Champions League final and the come back and win it, and then come back to win the league, he’s proven he can get a performance out of them and he can get them to forget what’s happened the season before.

“My only thing this season would be that demand of the same squad, the same players, the same message, the same relationships and the same jokes for two or three years without that something slightly different in the dressing room and that addition, just sometimes it can become a bit draining.

“The idea of Thiago coming to Liverpool is a big moment because it deals with all those issues that can occur after two or three seasons.”

James Tarkowski: West Ham have £30m bid for Burnley defender turned down
Louis van Gaal unsure whether Memphis Depay would succeed at Barca
Best News
Recent Posts
This website uses cookies to improve your user experience and to provide you with advertisements that are relevant to your interests. By continuing to browse the site you are agreeing to our use of cookies.Ok