Manchester United transfer target Thiago has been urged to snub the Red Devils in favour of newly-crowned Premier League champions Liverpool, if they come knocking for him this summer. Germany hero Dietmar Hamann thinks he would fit in very well at Liverpool because Jurgen Klopp could use some trickery in the middle of midfield.

Thiago appears set to walk out of Bayern Munich after seven years at the club.

The midfielder is out of contract next summer, and appears to have no desire to extend his stay.

Instead, he has been linked with a move to the Premier League, as Liverpool and Manchester United are both rumoured to be interested.

Bayern are set to let him go for a cut-price fee of just £30million in order to prevent losing him on a free next year. 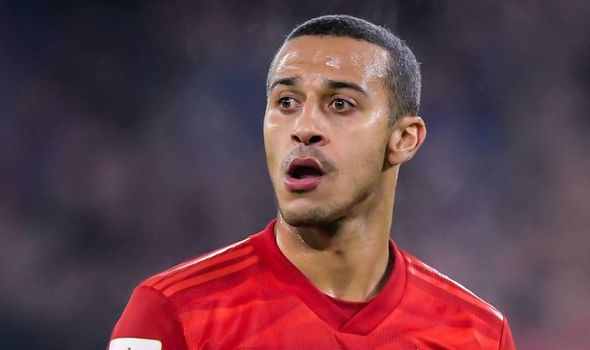 Liverpool aren’t expected to spend big in the upcoming window, as Jurgen Klopp has admitted the Reds won’t have much to spend this summer.

But Hamann believes the Spanish midfielder would fit in well at Liverpool because of Klopp’s other options in the middle.

Speaking to German media, he explained that because of Naby Keita, Fabinho and Jordan Henderson’s muscle in midfield, they could use someone with some flair, like Thiago.

“At 29, he doesn’t quite fit the profile of the Reds’ purchasing policy,” Hamann said.

“Nevertheless, a transfer would make sense in my eyes, because Jurgen Klopp has more workhorses in his midfield with Jordan Henderson, Fabinho and Naby Keita and could use a technician like Thiago well.”

Bayern chiefs are reluctant to let Thiago leave the club this summer, and would prefer for him to stay at the club.

However, Hamann thinks Bayern don’t necessarily need him around due to their other options in the same position.

“That would be a very good deal in Corona times, Liverpool certainly wants to keep the price down,” he added. 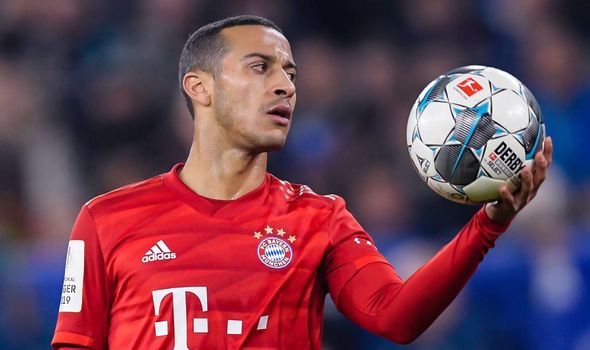 “Thiago is 29 and when everyone is fit in the Bayern midfield around Joshua Kimmich, Leon Goretzka and Thomas Muller, he sits on the bench.

“Thiago certainly has brilliant moments, I like to watch him.

“But the hard facts are: Bayern was never in a Champions League final with him.

“The bottom line is still the most likely option for me to go to Liverpool.”

The Man United match that convinced Ole Gunnar Solskjaer to sign new striker
Burnley vs Wolves live stream: How to watch Premier League fixture online and on TV today
Best News
Recent Posts
This website uses cookies to improve your user experience and to provide you with advertisements that are relevant to your interests. By continuing to browse the site you are agreeing to our use of cookies.Ok