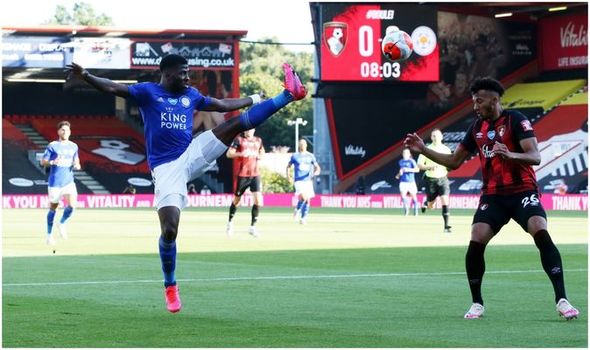 Leicester City striker Kelechi Iheanacho has heaped praise on Manchester United – but warned that the Foxes need to avoid worrying about their top-four rivals.

Leicester failed to take advantage of Chelsea’s slip up at Sheffield United as they lost to Bournemouth to remain fourth in the Premier League table.

It means Ole Gunnar Solskjaer’s outfit are the big winners without kicking a ball and will climb to fourth if they beat Southampton this evening – hours after top-flight clubs discover whether Manchester City’s appeal against a two-year ban for European competitions has been successful.

Iheanacho is impressed by United’s brilliant form since the restart – four wins and one draw – which has spiced up the top-four battle.

The forward notes Bruno Fernandes’ arrival, and Marcus Rashford and Paul Pogba’s return from injury as sparking their run. 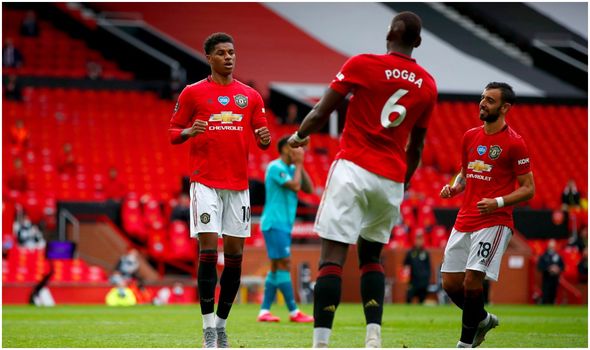 But he insists Leicester just need to focus on their own games because their fate is in their own hands.

“Bruno [Fernandes] is a top player,” he told Sky Sports. “They’ve got Marcus Rashford and Paul Pogba back in the team now.

“They’re flying. But that’s not what we need to worry about. We just need to focus on our games.”

Iheanacho joined Leicester from City but is refusing to pay too much attention to his former club’s appeal.

“I don’t know what’s going on with that but we’re just focusing on our games,” he said.

Leicester’s form has been disappointing since the restart although they have been hit by injuries to Ricardo Pereira, James Maddison and Ben Chilwell.

“Madders [Maddison], Chilly [Chilwell] and Ricardo are fantastic players,” Iheanacho said. “They have a big impact in the team. I love playing with them.

“But everyone can fill the gaps as well. Everyone knows what to do when you’re taking someone’s place.”

EPL 2020: 12yo boy arrested for racist texts to Wilfried Zaha
Man Utd tipped to complete one signing that will ‘scare’ opposition managers
Best News
Recent Posts
This website uses cookies to improve your user experience and to provide you with advertisements that are relevant to your interests. By continuing to browse the site you are agreeing to our use of cookies.Ok