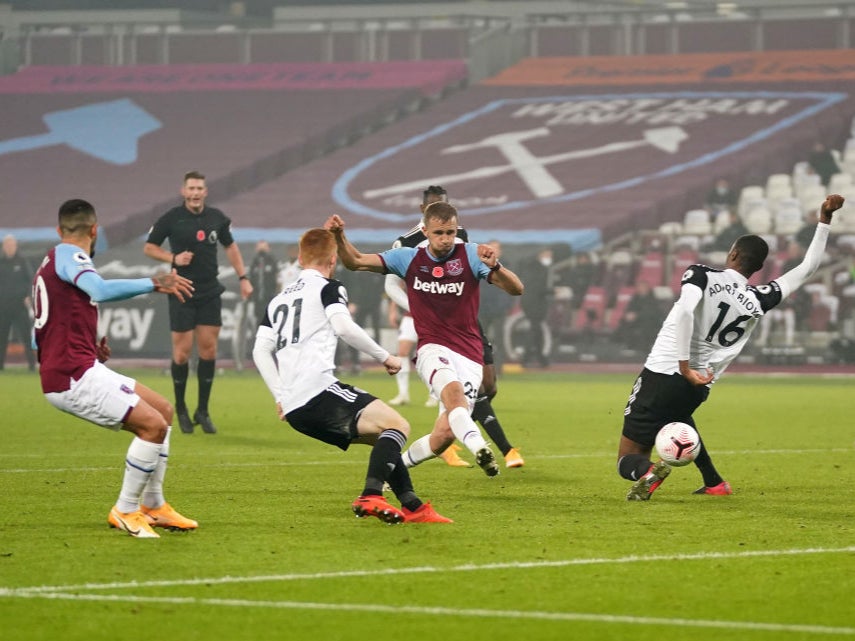 But with the last kick of the game, Lookman chipped his penalty into the arms of Lukasz Fabianski.

It was such an awful effort that Fabianski, who had begun to dive to his right, actually had time to get back up and make the save.

It was a dramatic end to what had otherwise been a terrible match, and certainly not worth the £14.95 price tag that the broadcasters were charging for the late kick-off.

A fast start from the hosts saw birthday boy Arthur Masuaku force a near-post save from Alphonse Areola, with the Fulham goalkeeper also dealing with Aaron Cresswell’s follow-up.

Jarrod Bowen’s fierce volley took a deflection and was superbly tipped over by Areola before, from the corner, Haller’s header clipped the crossbar.

Mitrovic’s chances came midway through the first half but he failed to get enough on Harrison Reed’s cross at the far post and and then planted a free header wide.

Fulham boss Scott Parker, a distinguished player for West Ham between 2007-11, turned away in frustration when Cairney’s low cross fizzed across goal with no one able to provide the finishing touch. 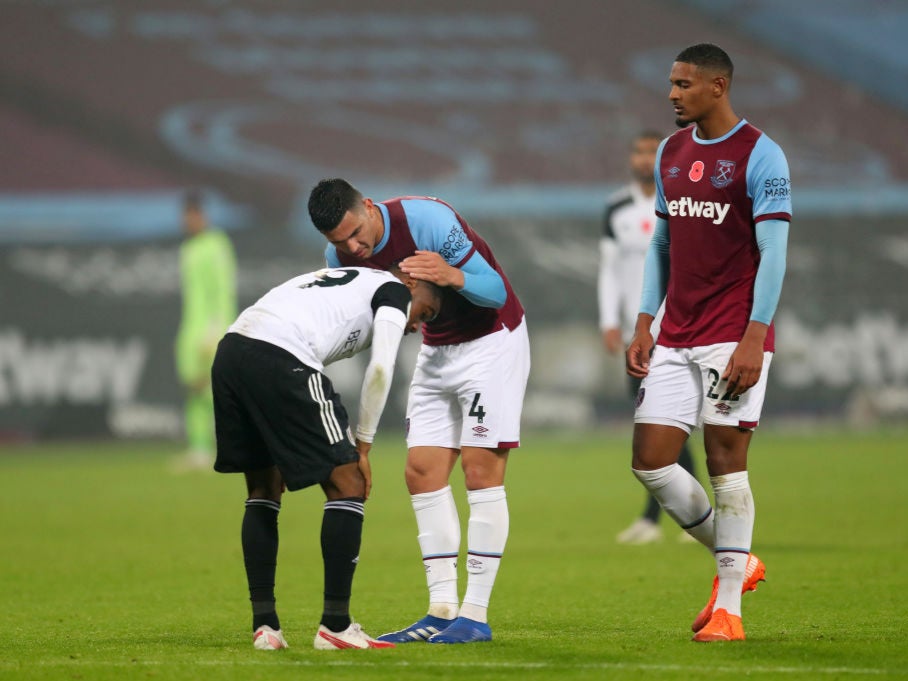 Ademola Lookman is distraught after missing a penalty

After the break, Areola made another stunning save, getting a fingertip onto Cresswell’s free-kick to touch it onto the crossbar.

Pablo Fornals scuffed a shot wide before Hammers boss David Moyes turned to Benrahma from the bench for the final 25 minutes.

The Algeria forward scored twice against Fulham for the Bees in the Carabao Cup last month, but this time when his first chance arrived Areola blocked the shot at his near post.

By contrast Hammers keeper Lukasz Fabianski had not had a save to make until he held Lookman’ shot, and moments later the Pole got down sharply to deny Bobby Decordova-Reid.

When Benrahma rolled the ball into Soucek’s path in stoppage time, it looked like West Ham had secured the points.

As it turned out they had, but not before Lookman came up with a contender for the worst Premier League penalty ever.

Cole & Souness defend Chelsea star who 'should be first name on the team sheet'
Mikel Arteta responds to Neville’s comments on his Arsenal touchline appearance
Best News
Recent Posts
This website uses cookies to improve your user experience and to provide you with advertisements that are relevant to your interests. By continuing to browse the site you are agreeing to our use of cookies.Ok