A hat-trick from Tom Nichols helped Crawley edge an amazing 11-goal thriller at Torquay and avoid another FA Cup first round upset.

Gary Johnson’s National League team led 2-0 in the first half and 5-3 in extra-time – but bowed out 6-5 to their League Two opponents at Plainmoor.

First-half goals from Aaron Nemane and Ben Whitfield had the hosts in control, before Crawley lost goalkeeper Tom McGill to a serious injury in the second half. 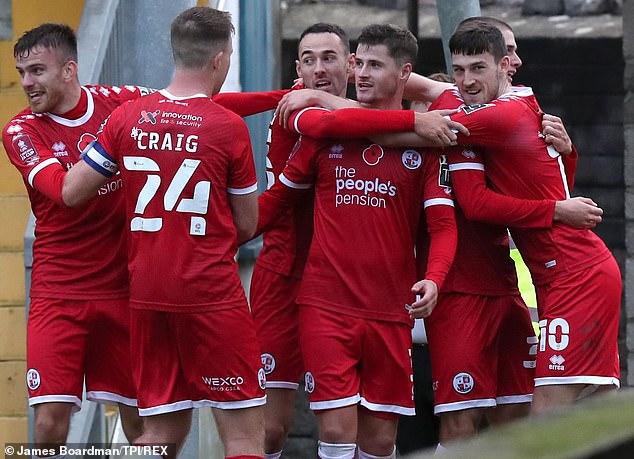 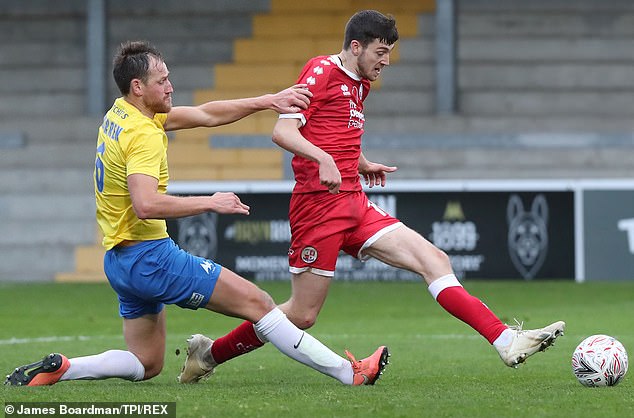 A second-half stoppage of 16 minutes ensued when stand-in keeper McGill was knocked unconscious.

The on-loan Brighton stopper sustained the blow while diving at the feet of Connor Lemonheigh-Evans, and the interruption would ultimately prove decisive with Crawley twice equalising in time added on.

Nichols started the comeback from the penalty spot before Max Watters equalised in the 14th minute of the injury time related to McGill’s departure.

Josh Umerah then fired Torquay back in front but there was still time for Jordan Tunnicliffe to equalise and force extra time. 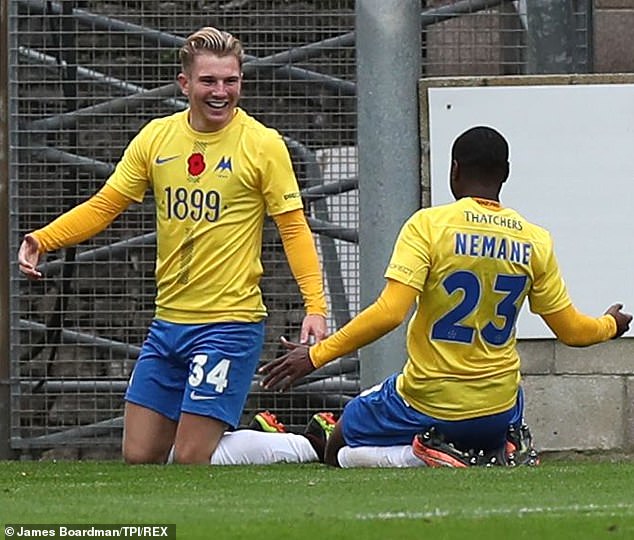 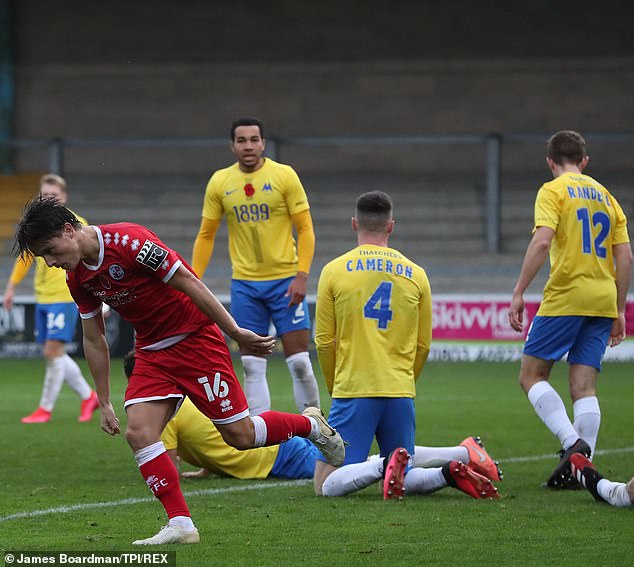 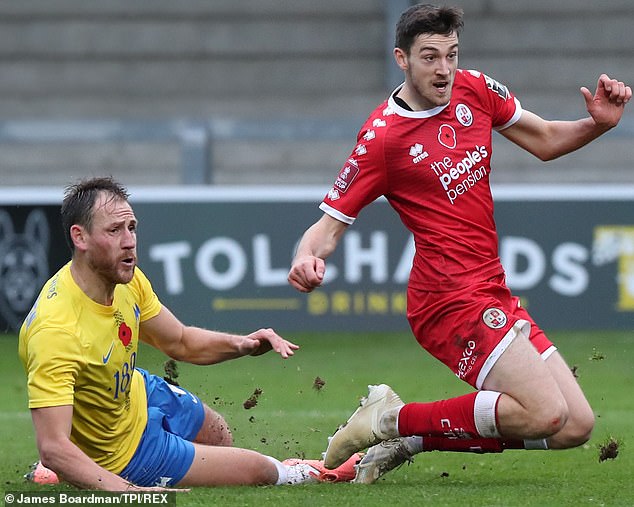 Gulls captain Asa Hall looked to have finally settled the tie with two penalties in the space of five minutes, only for Nichols to drag them back on level terms before then sending Ashley Nadesan clear to grab the winner with penalties looming.

Clutching the match ball, striker Nichols told Town’s website: ‘It was a once-in-a-lifetime game to play in. Absolutely crazy. We had to go for it. The referee said there were 30 seconds left.

‘Unfortunately, I was too tired to celebrate with [Nadesan], so I just stood with my arms in the air. It’s my first career hat-trick so it’s a proud moment for me and absolutely the best game I’ve been involved in.’

Torquay entered the match on a run of six successive wins and will sense they should have reached the second round after squandering the lead three times. 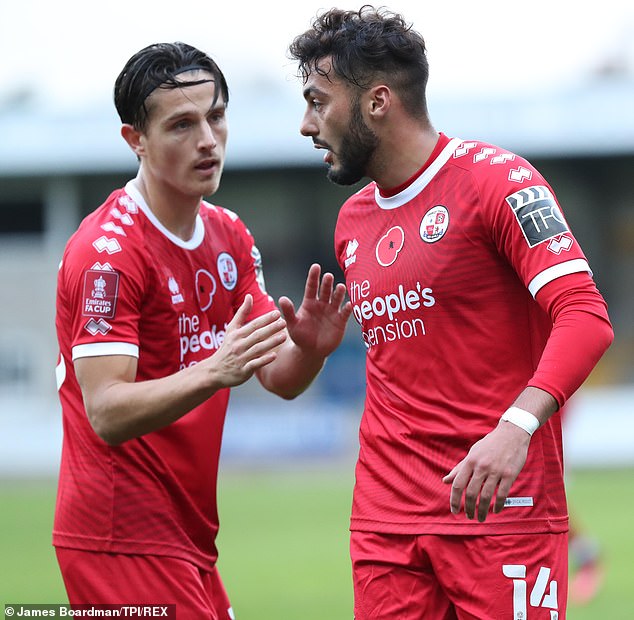 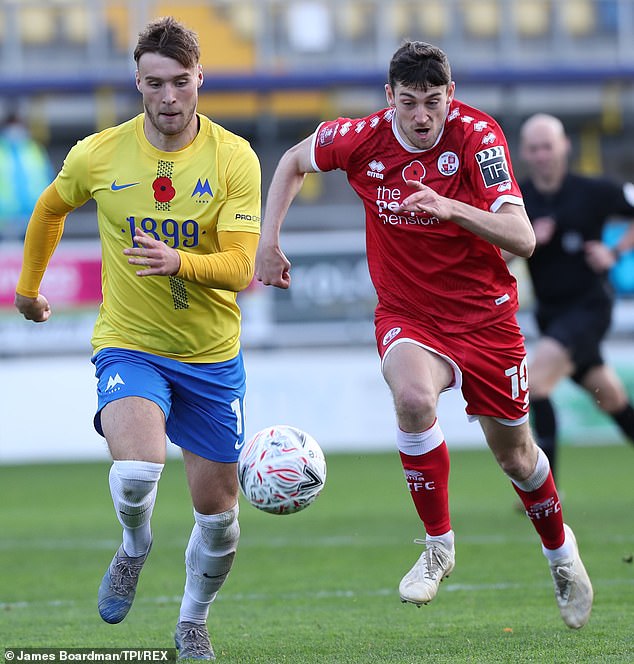 Crawley had more of the possession and were able to breathe a sigh of relief after repeating the FA Cup victory that took them to a tie against Manchester United in 2011.

Assistant boss Lee Bradbury admitted: ‘Our lads were absolutely dead on their feet at the end. We were dead and buried twice, 2-0 down. We equalised in the last second to take it to extra time and then we were two-down again.

‘We kept believing. That’s the beauty of the FA Cup. That wouldn’t happen in a league game, for some reason.

‘It was a crazy, up-and-down game – a really good game for the neutral. I’ve had so many texts since the end of the game. It was a great advert for the cup and how much it means to football clubs. 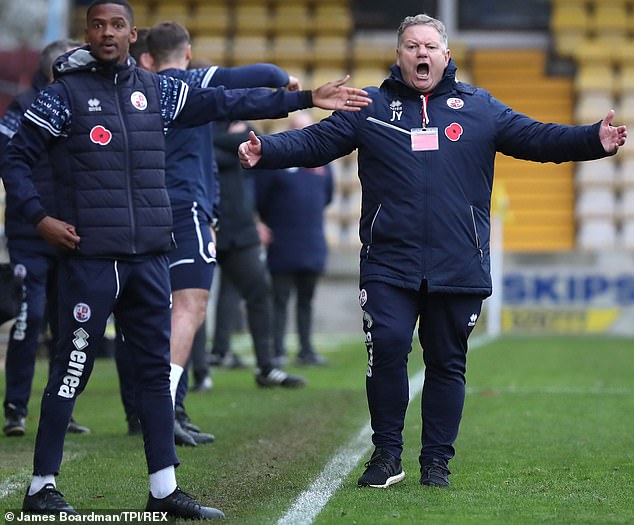 Liverpool have been on the wrong end of VAR decisions in half their Premier League games, claims Jurgen Klopp

Premier League is more than a two-horse race, says Liverpool boss Jurgen Klopp
Jurgen Klopp vs Pep Guardiola – Key questions facing Liverpool and City bosses
Best News
Recent Posts
This website uses cookies to improve your user experience and to provide you with advertisements that are relevant to your interests. By continuing to browse the site you are agreeing to our use of cookies.Ok