Tottenham boss Jose Mourinho has given credit to his predecessor Mauricio Pochettino for creating the link which led Harry Kane and Heung-Min Son to become the deadliest duo in the Premier League.

Kane and Son have both enjoyed blistering starts to the Premier League, combining for nine goals in six league games.

The latest came on Monday night when Kane flicked on Erik Lamela’s corner and Son was free at the far post to head past Burnley’s Nick Pope.

It was enough to give Spurs all three points and moved them up to fifth in the table.

Kane and Son have now combined for 29 goals for Spurs, which puts them seven behind the record held by Didier Drogba and Frank Lampard. 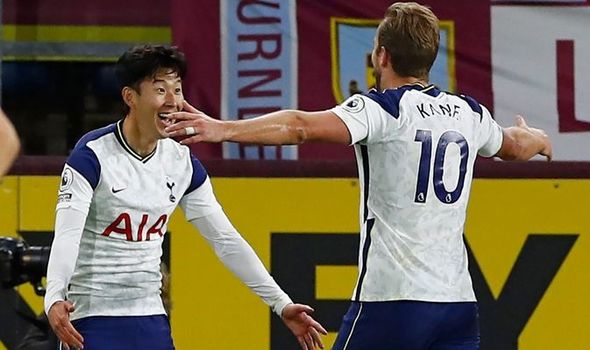 With 32 league games to go, it is possible the Spurs duo could have the record by the end of the season.

Kane and Son’s relationship began under Pochettino and a humble Mourinho says the Argentine deserve some credit for being the architect of their kinship.

“It is an understanding that comes from Mauricio’s time. I don’t want all the credit myself, let’s share with Mauricio,” Mourinho said.

“They play together for a long time, probably a different way because Harry is not always a nine now.

“What pleases me more about them both is that they are two top players but close friends, no jealousy, they both play for the team. 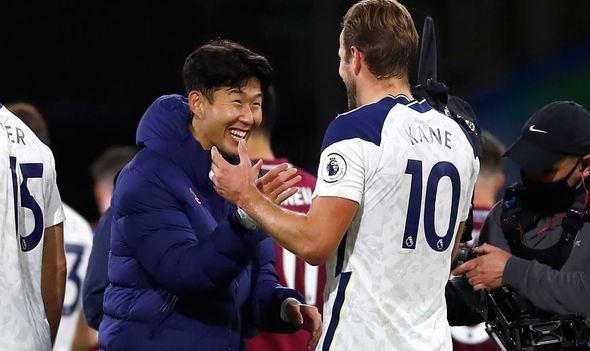 Meanwhile, Kane was delighted that the flick-on found his in-form strike partner.

“When things are going your way a little bit, the ball tends to fall to the right people and Son is on fine form at the moment,” he told Sky Sports.

“We’re lucky it fell for him and he put it away.

F1 2021 driver line-up: Who has seat for next year confirmed?

“When I’ve dropped deeper this season the wide players have been running in behind and that has given me space to get my head up and play those passes through. Maybe we haven’t been doing that in recent years.

“The confidence is high, and everyone knows if I get that ball and turn, they have a chance of getting through on goal.

“We’re going with the flow and it was an important win tonight at a tough place to come.”

Southampton vs Tottenham: live stream how to watch Premier League fixture online and on TV today

Man City ace Sergio Aguero set to miss Liverpool clash after latest injury blow
Liverpool vs Midtjylland kick-off time, TV and live stream details
Best News
Recent Posts
This website uses cookies to improve your user experience and to provide you with advertisements that are relevant to your interests. By continuing to browse the site you are agreeing to our use of cookies.Ok