Tottenham are said to be increasingly confident of landing Kim Min-jae, who has been hailed as the ‘South Korean Virgil van Dijk’. Jose Mourinho will unlikely have the same spending power as the likes of Chelsea this summer, who have already spent £90million on Timo Werner and Hakim Ziyech.

Spurs chairman Daniel Levy has already had to take out a £175m loan from the Bank of England to help finance the club due to the financial implications from the coronavirus pandemic.

It means Mourinho will be forced to find bargain deals if he wants to make any additions to his squad.

Loan signings and free agents are expected to be the main criteria but there will only be a limited amount of options available to Mourinho.

One area the Spurs boss is keen to improve is in central defence, particularly with Jan Vertonghen leaving at the end of the season.

JUST IN: Tottenham set to announce two summer transfer exits in the next week 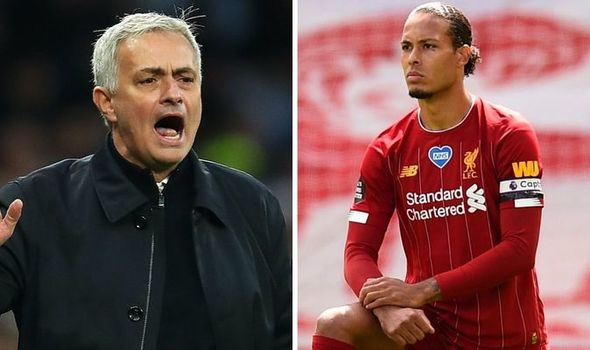 Tottenham have not renewed Vertonghen’s expiring contract, leaving only Davinson Sanchez, Toby Alderweireld, Juan Foyth and Japhet Tanganga as his centre-back options heading into next season.

Tanganga has impressed since breaking into the first team but he has predominantly been used at full-back while there are increasing concerns surrounding Foyth’s future as the 22-year-old has played just 65 minutes of Premier League football this season.

Kim has emerged as a top target for Tottenham though with 90min claiming Tottenham have already tested the waters with two bids.

Chinese Super League side Beijing Guoan have knocked back both offers as they’re reportedly holding out for £15m.

Tottenham boss Jose Mourinho will not be ‘bothered’ with transfer exit

Neither of Tottenham’s offers are said to have exceeded £10m, but the report claims an agreement could be close.

A source told 90min: “Talks are ongoing, two bids have been rejected but everyone around the deal believes the situation will be concluded.”

Tottenham aren’t the only Premier League side interested in signing Kim though with both Liverpool, Everton and Manchester City said to be monitoring the 23-year-old.

European sides Inter Milan, RB Leipzig, Porto and Monaco have also been linked with a move to sign Kim. 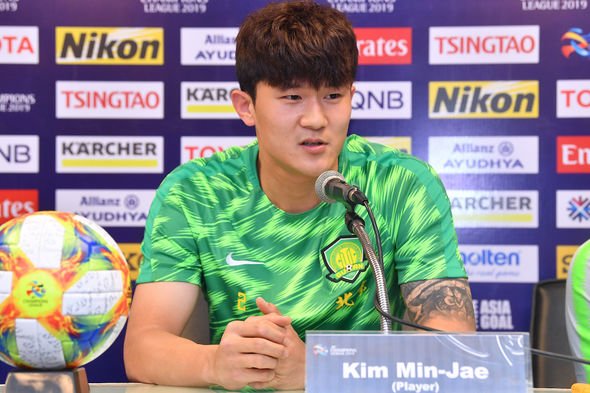 Mourinho has already hinted at plans to make some additions to his squad in the summer, but insists there must be “realistic” expectations.

“What needs to be done? First of all is to be realistic,” he said.

Premier League relegation predictions: Bournemouth, Aston Villa, Watford fight to survive
Chelsea owner Roman Abramovich sends Kai Havertz transfer order to Marina Granovskaia
Best News
Recent Posts
This website uses cookies to improve your user experience and to provide you with advertisements that are relevant to your interests. By continuing to browse the site you are agreeing to our use of cookies.Ok