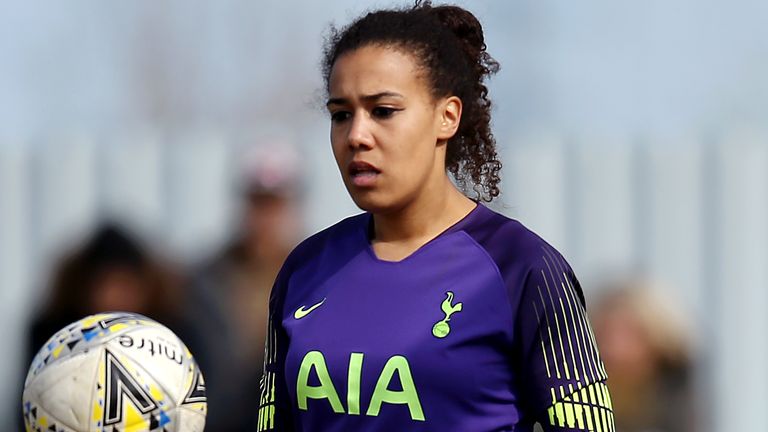 Goalkeeper Chloe Morgan says her former club Tottenham must do more to ensure the women’s team do not feel like second-class citizens.

Morgan has just left Tottenham after six years with the club, and appeared to suggest on Twitter earlier this week she did not see eye-to-eye with the club with respect to equality between the men’s and women’s teams.

The shot-stopper told The Women’s Football Show her motivation for speaking out is to create a better environment for the next generation of female footballers, insisting her former club must do more to bridge the inequality between the two squads.

“In terms of my experiences with Spurs, I’m still taking the time to reflect back on the things that have happened and the experience I have had with the club over the past six years,” Morgan told The Women’s Football Show.

After six years with @SpursWomen and @SpursOfficial, I just wanted to say a few words to close this chapter in my life, before a beautiful new one begins 👏🏽❤️ #Equality #BetterTogether #NextGeneration #InThisTogether #womeninfootball #WomenInSport https://t.co/yMSnB6aa6V pic.twitter.com/AJKins60pk

“Now as an older player, I definitely think things could be better on the women’s side in terms of equality and I’m ready to stand up and speak out against that, and that’s with the intention of making things better for the next generation of players.

“I don’t want to see progress go at such a slow pace. It’s almost going nowhere, I want to be part of the push forward.

“But in terms of equality and what I think Spurs should do better, I definitely think there are grounds there to really consolidate the women’s and men’s team and make it more of a cohesive team.

“I never want a situation where a women’s team feel like a second-class team or they feel like they are second-class citizens to a men’s team, so I think there is work to be done there.

“I do think in some ways the men’s team were supportive but I definitely think there were occasions when the cohesion could have been a lot better. 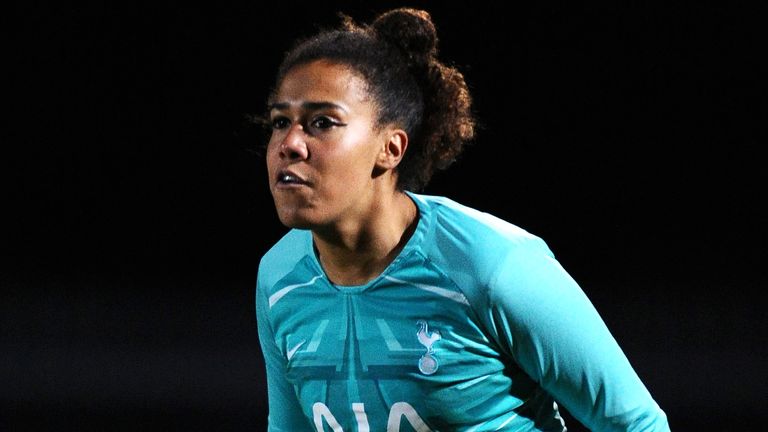 “I just think there were things that were going on behind the scenes that I feel need to be addressed.”

In a statement given to Sky Sports News, Tottenham insisted equality and inclusion is of “paramount importance” to the club, pointing to their launch of their new female talent pathway as just one example of the strides they are making.

“The progress and evolution of our women’s set-up is an ongoing, organic process and something which we as a club are fully committed to,” a Tottenham spokesperson said.

“In a short space of time, the club has fully integrated its women’s team into its day-to-day operations and fully supported the team’s entry into the Barclays FA Women’s Super League (WSL). 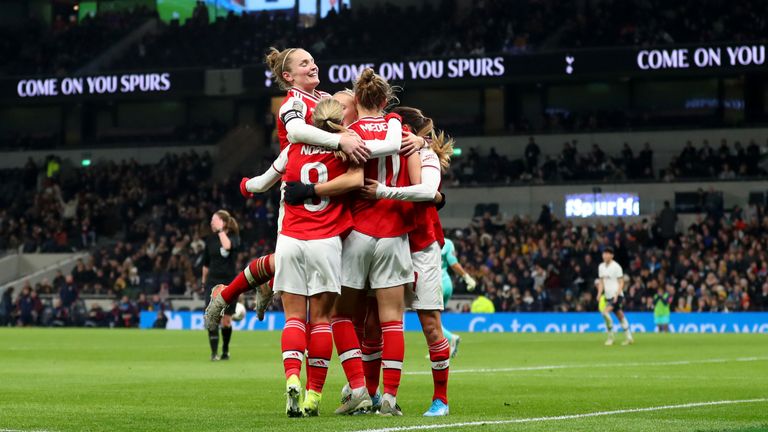 “Last year, we staged the first Women’s north London derby in the top flight at Tottenham Hotspur Stadium which set a new all-time attendance record for the WSL of 38,262. We have also this week launched a new Female Talent Pathway, enabling us to help aspiring young female footballers develop their skills from a young age to play at the highest level possible.

“Equality and inclusion is of paramount importance to us as a club and is central to everything we do.

“Our men’s players have shown cohesiveness with our women’s team by attending matches in support of the players, engaging with them on social media and appearing alongside each other at community events as we recognise that our men’s and women’s players provide equal inspiration to young people within our local area.

‘I respect David Silva the player, but not the man’: Lazio fume after Real Sociedad hijack move

Rodgers insists Leicester's slump will prove a blessing in disguise

Chelsea boss Frank Lampard may take transfer gamble after Sheffield Utd defeat
What Man Utd have planned for Jadon Sancho and Mason Greenwood ahead of transfer window
Best News
Recent Posts
This website uses cookies to improve your user experience and to provide you with advertisements that are relevant to your interests. By continuing to browse the site you are agreeing to our use of cookies.Ok