Tottenham are looking to sign Inter Milan winger Ivan Perisic, reports claim. Jose Mourinho is expected to bolster his attacking options ahead of the 2020-21 campaign and is a known admirer of the Croatia international.

The 31-year-old spent the season on loan with Bundesliga champions Bayern Munich.

Perisic bagged six goals and provided 10 assists in 31 appearances in all competitions despite a troublesome ankle injury.

Bayern Munich could have made his transfer permanent for £18.1million.

But Italian publication Calciomercato claim the Bavarians are no longer interested in triggering their option having signed Leroy Sane from Manchester City.

JUST IN: Man Utd trying to complete transfer for Brazilian star and have made £27.1m offer 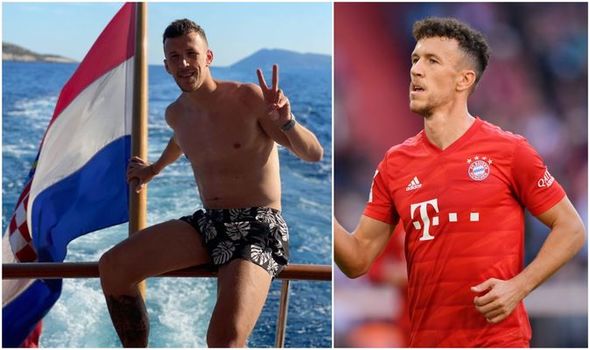 Inter boss Antonio Conte has NO plans to utilise Perisic at the San Siro next season – leaving the player in limbo.

Tottenham will be operating under a limited budget this summer because of their failure to secure Champions League football.

And German publication Fussballtransfers claim the north London outfit are piecing together an exchange proposal to secure Perisic’s signature.

They claim Inter ‘dream’ of adding midfielder Tanguy Ndombele to their ranks and it would be a ‘plausible scenario’ to see Perisic head in the opposite direction.

Manchester United and Everton are other clubs to have shown interest in Perisic.

Ndombele, 23, became Tottenham’s club-record signing when arriving from Lyon for £55million in July 2019.

The Portuguese hasn’t hidden his feelings towards Ndombele, and publicly criticised him after a 1-1 draw with Burnley in March.

“He’s a player with great talent. He has to know he has to do much better and know I cannot keep giving him opportunities to play because the team is much more important,” Mourinho said.

Perisic isn’t the only player Tottenham are looking to sign.

FA Cup final extra-time rules: Will Arsenal vs Chelsea go straight to penalties?
How Chelsea boss Frank Lampard has been treating Callum Hudson-Odoi in training
Best News
Recent Posts
This website uses cookies to improve your user experience and to provide you with advertisements that are relevant to your interests. By continuing to browse the site you are agreeing to our use of cookies.Ok