Tottenham will finish above Arsenal in the Premier League table every season David Luiz is a Gunners player, according to former Spurs midfielder Jamie O’Hara. Ahead of the north London derby on Sunday, Tottenham were 10th in the table, one point adrift of Arsenal in eighth. Spurs have finished above the Gunners in each of the last three seasons after ending a 22-year spell of Arsenal dominance in the 2016/2017.

Arsenal head into Sunday’s clash in the better form but O’Hara does not think everything is rosey on the red side of north London.

And he reckons as long as Luiz is an Arsenal player it will be Tottenham who come out on top.

Luiz joined Arsenal from Chelsea last summer but has received criticism for his performances and has conceded four penalties in his first campaign at the club.

“This is how bad that Arsenal fans have got, that they’re having to even now talking about trying to just finish above us,” O’Hara told talkSPORT. 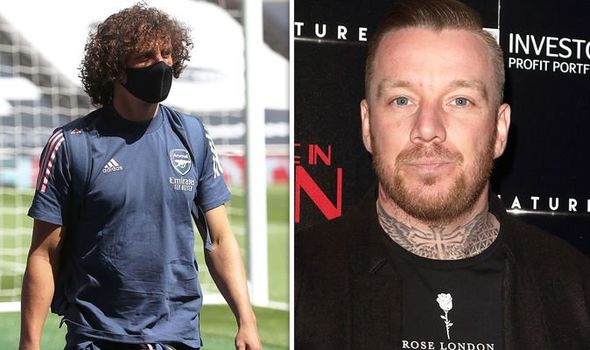 “Listen, they might finish above us, we haven’t been great this season, we’ve been really poor [since] lockdown and I’ve been disappointed with Spurs, I really have.

“They’ve been disappointing and Arsenal have had a few results with [Mikel] Arteta but you get away from the fact that they weren’t great when they came back.

“[Matteo] Guendouzi’s getting told to train on his own, David Luiz mistake after [mistake]. He’s got another year.

“As long as David Luiz is at Arsenal, I guarantee you now Spurs will finish above Arsenal every time.”

Meanwhile, Tottenham have been linked with a move for Chelsea defender Kurt Zouma.

But Liverpool legend Steve Nicol does not think that is a deal Mourinho should pursue.

“Why? Did [Mourinho] not see [Zouma] the first time he played for him?” Nicol told ESPN.

“No offence, Kurt Zouma’s a solid centre-back but that’s all he is.

“Tottenham need to be pushing to get back in the Champions League at the very least and unfortunately I don’t think Kurt Zouma’s part of that.

Graeme Souness makes bold Raheem Sterling claim following Man City hat-trick
Borussia Dortmund tell Manchester United what they must do to sign Jadon Sancho
Best News
Recent Posts
This website uses cookies to improve your user experience and to provide you with advertisements that are relevant to your interests. By continuing to browse the site you are agreeing to our use of cookies.Ok