Tottenham’s new behind-the-scenes documentary on Amazon Prime will shed some light on Monday night’s scuffle between Hugo Lloris and Heung-Min Son, as cameras caught the incident in the tunnel. That’s according to a report in The Sun, which claims camera crews were in the tunnel as the incident escalated off the pitch.

Tottenham boss Jose Mourinho insisted he was pleased to see his players showing some attitude as Lloris and Son clashed.

The French goalkeeper sprinted to the halfway line as the half-time whistle was blown to confront the forward.

Lloris was reportedly incenced at the striker’s lack of defensive effort just before the interval, as Everton had a decent goalscoring chance.

The two Spurs players had to be separated by team-mates as they walked off the pitch, and apparently the incident didn’t end there. 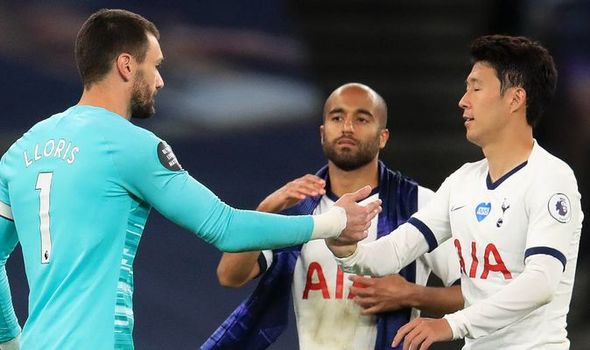 The Sun claims the scuffle only properly ended when Mourinho got in the middle to give his half-time team-talk.

And Amazon Prime, which is producing a behind-the-scenes documentary series following the club throughout the season, reportedly caught the whole thing.

The documentary – in the same style as Manchester City’s ‘All or Nothing’ documentary on the same platform from their 2017-18 season – will be released next month.

Spurs fans will get a chance to see the Son-Lloris spat, as well as Eric Dier’s altercation with a fan from earlier this year.

Speaking after the 1-0 win over Everton – which kept Spurs alive in the race to qualify for Europe – Mourinho insisted he was happy with both Lloris and Son.

He explained that he was pleased to see his players showing they want to fight for results, and proved they have character.

The Spurs boss said: “It’s beautiful. It’s probably as a consequence of our meetings.

“Probably if you want to blame somebody for that it’s me. 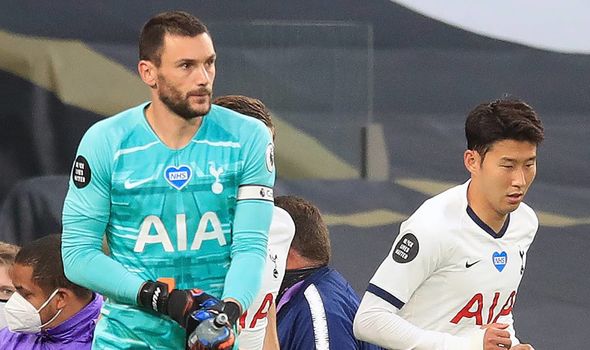 “A team of good boys, a team of nice boys, the only thing they can win is the fair play cup – which is something that I have never won and am not interested in winning.

“We need to have a certain character, to grow up in your responsibility and consistency.

“We spoke a lot after the Sheffield game and one of the things we spoke about was to be open and demanding with each other to not accept a passive attitude.

“I was critical of my boys because in my opinion, they are not critical enough with themselves and with each other.

“I asked them to be more demanding, to demand more from others, to put their colleagues under that pressure of team spirit that you have to give for everybody.”

Liverpool boss Jurgen Klopp makes ‘not possible’ transfer claim amid Thiago rumours
Peter Schmeichel claims Man Utd players ‘don’t belong’ at Old Trafford in rant over squad
Best News
Recent Posts
This website uses cookies to improve your user experience and to provide you with advertisements that are relevant to your interests. By continuing to browse the site you are agreeing to our use of cookies.Ok