Manchester United are expected to announce the signings of Edinson Cavani and Alex Telles on transfer deadline day.

Ole Gunnar Solskjaer is desperate for reinforcements which was underlined by the shocking 6-1 defeat to Tottenham yesterday.

Telles will challenge Luke Shaw for the left-back position and will join for around £15m.

Cavani will make a free transfer after leaving PSG in the summer and will give United another option in attack. 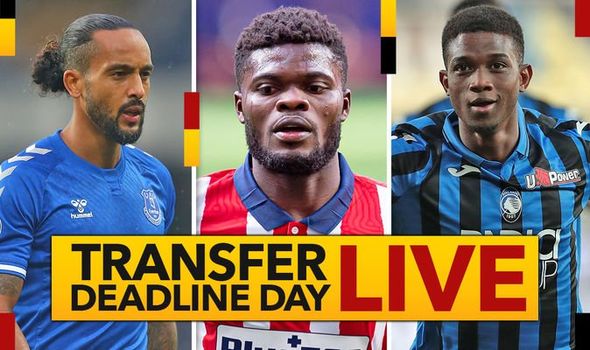 Arsenal want to sign a midfielder before the 11pm deadline with Chelsea’s Jorginho now top of their wish list.

The Gunners have all but ended their pursuits of Thomas Partey and Houssem Aouar with Atletico Madrid and Lyon pricing them out of a move.

Chelsea would be willing to sell Jorginho but only if they are able to sign a replacement.

Frank Lampard would like West Ham star Declan Rice to be that man but negotiations will have to move fast today.

Ed Woodward has been put off by the £108m Borussia Dortmund have demanded and has started to look at alternatives.

Barcelona star Ousmane Dembele is one of them but neither his club nor the player are interested in a loan switch.

United may have to pay big money if they are to get Solskjaer’s priority target. 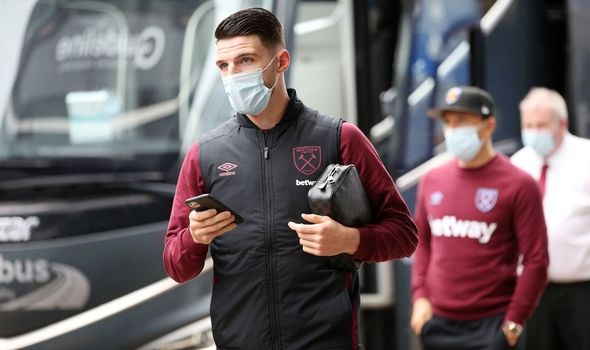 Chelsea ace Antonio Rudiger is being eyed and he is well down the pecking order at Stamford Bridge.

Inter Milan defender Milan Skrniar is also on Mourinho’s shortlist but would be a difficult deal to pull off.

The Blues would rather not let Rudiger leave for a rival with PSG also interested.

Ferdinand claims Thiago would be a 'dream' signing for Liverpool

Liverpool’s three-point plan for Transfer Deadline Day
Arsenal free to complete Atletico Madrid transfer but Thomas Partey won’t be joining
Best News
Recent Posts
This website uses cookies to improve your user experience and to provide you with advertisements that are relevant to your interests. By continuing to browse the site you are agreeing to our use of cookies.Ok