Transfer news LIVE: The latest news, gossip and done deals ahead of the summer transfer window

Ed Woodward has confirmed he’ll back Solskjaer in the transfer window, however, United will likely refuse to pay over the odds due to the affect of the coronavirus pandemic.

According to the Telegraph, United want to make five signings. 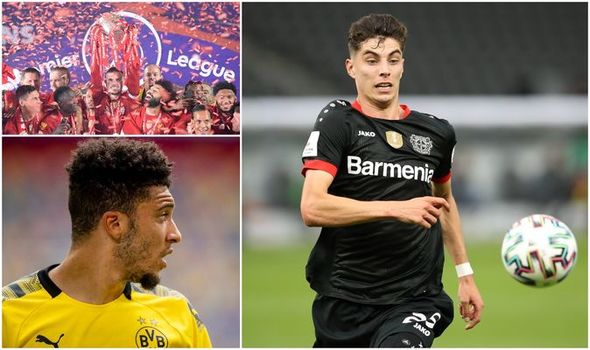 Kai Havertz has agreed personal terms with Chelsea and will pen a five-year contract at Stamford Bridge worth £7.3million-a-year plus add-ons.

Marina Granovskaia is said to have struck the agreement meaning only the transfer fee needs to be sorted for the move to go through.

Transfer expert Nicolo Schira claims Chelsea and Leverkusen are working to finalise the deal and they only need to reach an agreement over the price.

Havertz is likely to become the Blues’ third summer signing after Hakim Ziyech and Timo Werner.

Liverpool are set to complete the signing of Mateusz Musialowski from SMS Lodz.

The Premier League champions have had a bid accepted for Musialowski, 16, and agreed personal terms.

The winger has undergone a medical and is putting the finishing touches on the switch, according to Football Insider.

Musialowski has signed a scholarship, which will convert into a senior contract when he turns 17.

Jesse Lingard urges 'brilliant' Jadon Sancho to join Man United
Man Utd in negotiations to complete Ivan Perisic transfer and they have bargaining chip
Best News
Recent Posts
This website uses cookies to improve your user experience and to provide you with advertisements that are relevant to your interests. By continuing to browse the site you are agreeing to our use of cookies.Ok