“It’s a beautiful possibility because we’re only three matches away,” Correa said in an interview with Olé. “One way or another, we have to win the Champions League with Diego Simeone.”

There is a feeling around the club that the current circumstances may be finally falling the manager’s way. Even the positive coronavirus tests from Correa and Sime Vrsaljko have only ended up strengthening the side’s resolve.

Their team-mates want to fight for the lads left behind, while the relief that the situation didn’t cause greater problems – or more positive tests – has also benefited the squad’s mentality in a curious way. There had been the brief fear this could have seen them forfeit their match. One figure close to the club meanwhile quipped: “It’s terrible for the lads, but it would have been worse if it was Jan Oblak.”

By the time the rest of the squad got to their hotel in Lisbon on Tuesday, they were met with images of the club’s legends. The idea is to make them feel at home.

When it comes to this grandest of continental competitions, though, those heroes may as well be ghosts. Many of them – like Diego Godin, like Juanfran – suffered some of the club’s most painful moments in the Champions League.

Atletico are one of many sides in the last eight with a complex about the competition, to the point it might even be a theme of these finals, but they are the only club left to have been in a final and never won one. That’s happened three times, a competition record.

The very fact it is in Lisbon only makes it all the more acute for them.

It was here, in the Stadium of Light, where this season’s final will be played, that they suffered the most painful of moments. With Simeone’s side leading their great rivals Real Madrid 1-0 going into the 93rd minute of the 2014 final, it was as if going so close to the greatest glory only made the club suffer their worst failings all the more intensely. Sergio Ramos of course scored. Madrid of course beat Atletico again.

It was difficult to think of a way they could have lost that would have mentally tortured them more… until two years later. In Milan, having themselves equalised against Madrid late on, Atletico lost on penalties. Cristiano Ronaldo, who had crowned the 4-1 loss in Lisbon by whipping his shirt off after a spot-kick, confirmed the defeat at the San Siro. Juanfran was left pleading forgiveness in front of the Atletico fans, who only cheered him. They are well used to failure.

These are the images and personalities that have haunted Atletico’s modern Champions League history. They’ve been so respected, so feared – but they’ve so often suffered the same fate. Since 2013, it has been either Madrid or Ronaldo to eliminate them from the knock-out stages. Their city rivals defeated them in 2014, 2015, 2016 and 2017, all with the Portuguese great. In 2019, Ronaldo then went and scored a brilliant hat-trick for Juventus, to erode Atletico’s 2-0 first-leg lead.

There really isn’t a club in Champions League history to have gone so tantalisingly close, so often, without redemption. Stade Reims lost two finals in three years in the 1950s, Valencia two in successive years at the start of the Millennium. The contexts were different, and neither were conquered by the figures or close rivals they have such a neurosis about.

That Atletico have kept going at all to such a level is remarkable. It’s testament to their perseverance. But that’s Simeone. 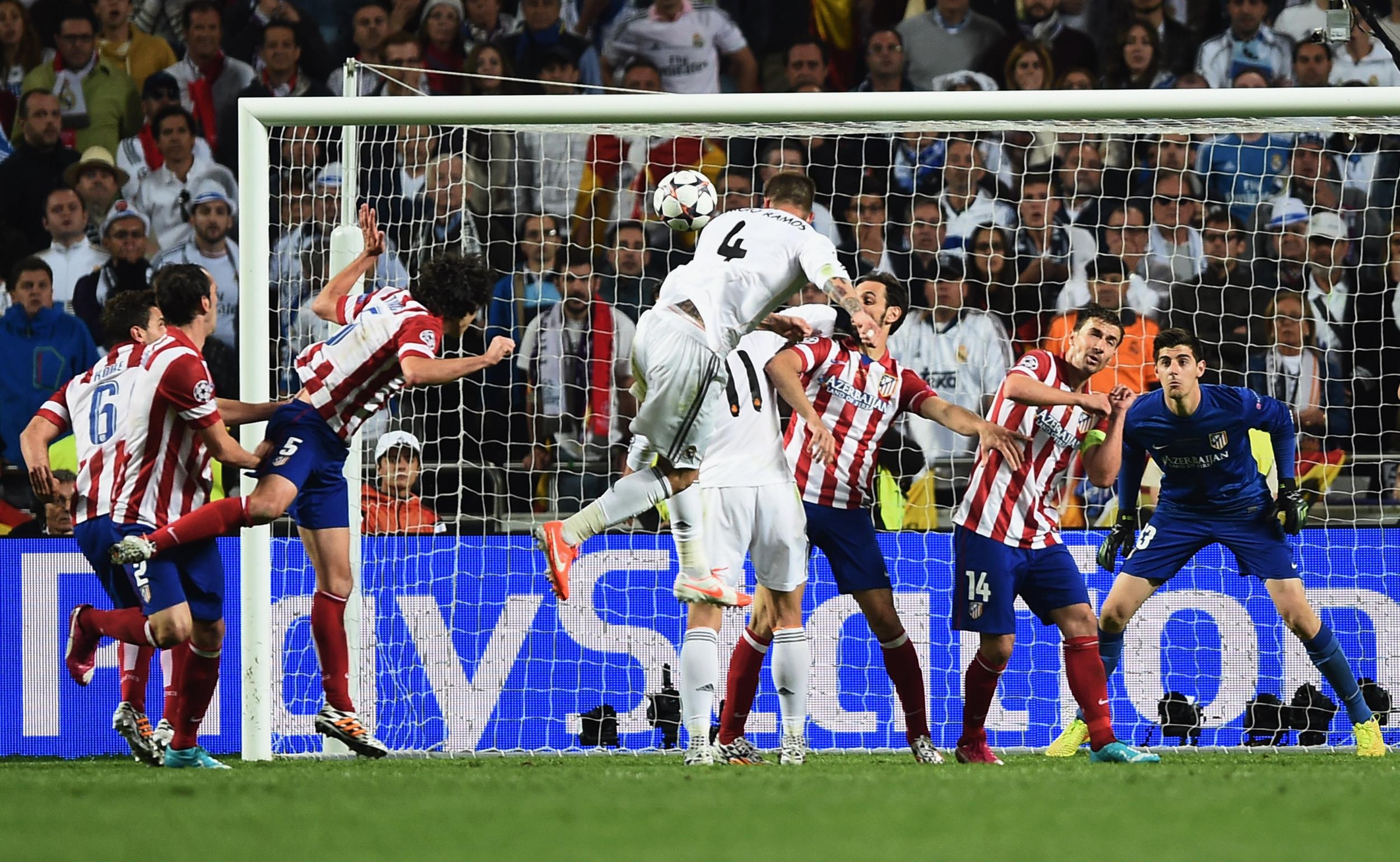 This is why it is such a mission for the Argentine and his players. This is why it matters so much to them that both Real Madrid and Ronaldo are eliminated.

The results did send a ripple around the club. They foster the belief this is their year.

To only add to that, RB Leipzig have now lost their best forward, having sold Timo Werner to Chelsea.

Simeone has naturally been telling his players to forget all that, and who isn’t here, in order to concentrate on the battles with those Atletico could play. That is the combative mindset the Argentine is cultivating.

That is just one other way this might be falling right for Simeone. The sudden-death nature of one-off games brings an intensity beyond two-legged ties, and no manager primes teams for the intensity of battle better than Simeone. It is one of his greatest traits. He conditions his sides to really go deep within themselves.

These are thereby the games that Atletico are probably best suited to playing, all the more so because they’re likely to face teams that will come at them. Simeone’s one flaw as a manager is developing sustained attacks when he is up against a defensive side. That won’t be a problem here. Leipzig might well be opponents he’d idealise. The Germans are a good side that play a progressive game, but they have been unconvincing of late, and can be got at. This is exactly the kind of fragility Atletico are prepared to punish.

Simeone meanwhile reads the rhythm of big matches better than any other coach, and may well offer the best game-management. He knows when to sit, and when to go for it – as he did against Liverpool. That victory, over the finest side in the world at the time, is seen as a landmark moment. 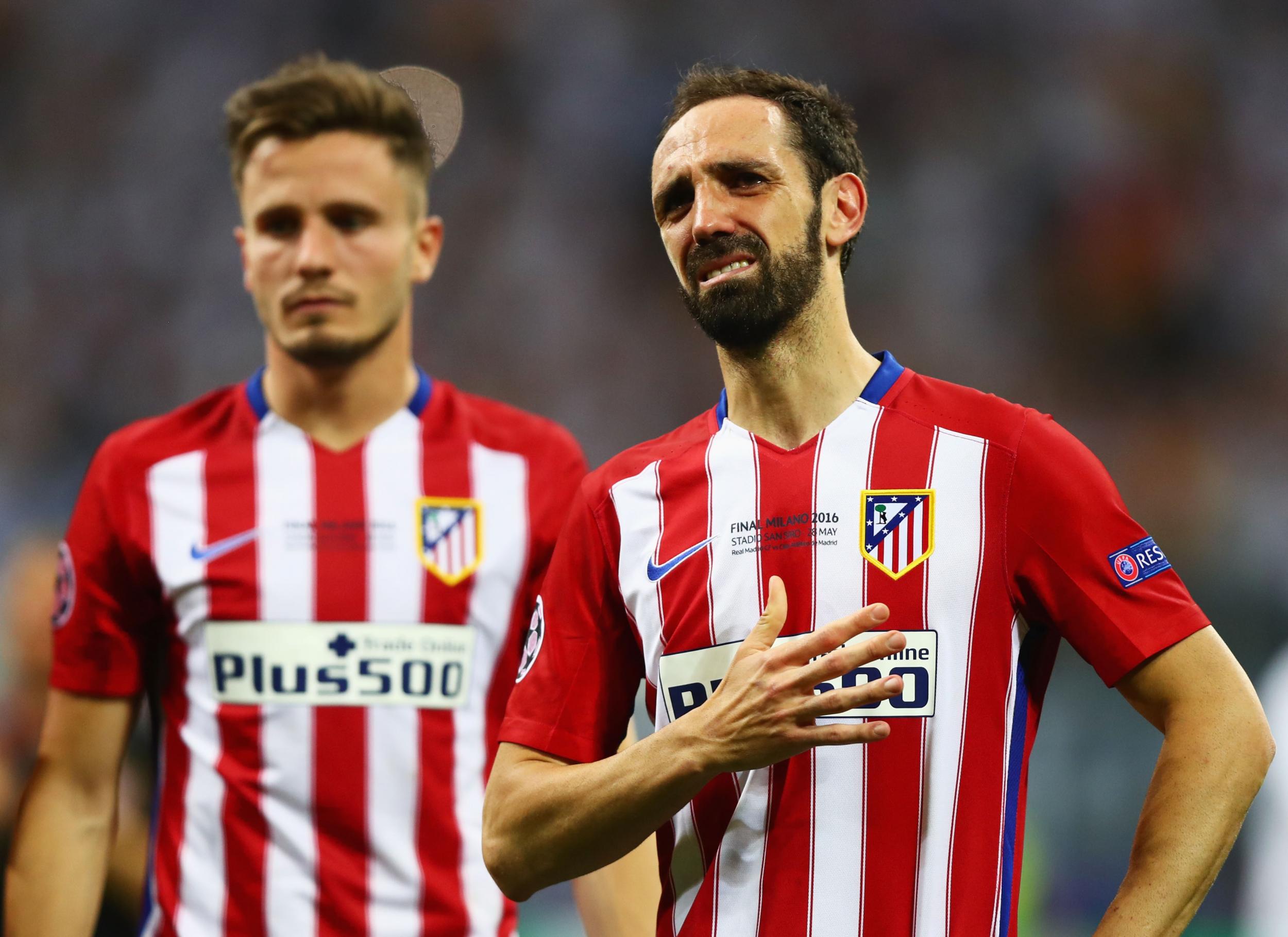 Atletico had been unusually erratic before then, but have been typically tenacious since. The coronavirus-enforced break actually helped Simeone and his staff to build on that win, both mentally and in terms of preparation. The side feels strong.

There is of course much more to Simeone’s coaching than emotional management and defensive defiance.

It shouldn’t be overlooked this had largely been a difficult transition season for Atletico, where they’ve tried to work a more progressive way of playing, that had left some flaws in the make-up of the side. Simeone has helped overcome that, however, with some insightful tactical moves.

Marcos Llorente, a discarded midfielder for Real Madrid, has been converted into a hugely effective second forward for Atletico. Some around the club even credit Simeone with “inventing” a new position for him. Llorente scored two of the goals against Liverpool, and put in another decisive performance.

Many feel there is also much more to come from Joao Felix, and that his moment might well arrive in his home country. The young Portuguese forward has struggled for his best form as he has adapted to Simeone’s approach, but that comes as the manager tries to add more to his game, to make him more responsible.

Simeone wants to leave nothing to chance. He’s suffered too much from that in the Champions League. He’s maybe suffered in the competition more than anyone. It’s why they all believe, and hope, this is the year they can win it for him.

What Man Utd chief Ed Woodward thinks about Jadon Sancho transfer twist
PSG chief Nasser Al-Khelaifi vows to keep Neymar AND Mbappe for ever
Best News
Recent Posts
This website uses cookies to improve your user experience and to provide you with advertisements that are relevant to your interests. By continuing to browse the site you are agreeing to our use of cookies.Ok