‘We will always own Charlton’: Battle-hardened fans have put their bodies on the line for the club they love

On Saturday afternoon, Charlton Athletic lost 3-1 to Doncaster Rovers, but for the rebel Charlton supporters group Fans4Fans, the day was a major success. “It was like a normal matchday for us! We all went to the pub, then we did something enjoyable together, and then we went back to the pub!” Darren New, a member of Fan4Fans explains.

Only, the matchday experience of New and Fans4Fans had relatively little to do with their club’s League One fixture.

The group’s activity happened two hours before kick-off, just down the road from The Valley when they blockaded the entrance to a Screwfix in Woolwich, stopping more than 50 people from entering the store. On Tuesday another handful of potential customers were turned away from a Screwfix in Dartford.

The human barricades each lasted for nearly an hour and forced both stores to shut their doors as Charlton fans targeted Screwfix, one of the EFL’s 12 commercial partners, in protest against the organizing body of the football league.

This is already the third stage of protests undertaken by Fans4Fans in the past few months as Charlton supporters have fought against their club’s ownership issues and the EFL as a whole.

In August, Fans4Fans occupied the Hale-based office of former club director Chris Farnell before doing the same in The Valley boardroom just under a fortnight later. The beginning of “Stage 3”, aimed at the EFL and the wider governance of football, started on Saturday with the disruption of Screwfix.

“This is bigger than Charlton,” Fans4Fans explained Saturday evening. “This is about football and the EFL’s governance of football. We needed to make a point that we can affect their business like they can affect our clubs.

“Now, more than ever, football clubs need protection from unscrupulous owners. We believe the EFL are more focused on their commercial activities as a profit line and football is secondary. That can not happen. There needs to be change.”

Aiming to get the attention of the EFL and force them into an open dialogue, it is clear that Screwfix at least has already taken notice of Fans4Fans’ actions with the store manager of the second targeted shop briefed as to the possibility of a protest from higher-ups in the company prior to Tuesday’s events.

The latest protests came after another week of frustration for Charlton fans, a common emotion over the last nine months, if not much longer. In early 2020, East Street Investments (ESI), led by Tahnoon Nimer and Matt Southall, bought the club for an initial price of £1 from the already unpopular Roland Duchatelet. The takeover however, was never fully ratified by the EFL after a failure to provide proof of funds, and on June 10th, Charlton announced that Manchester-based businessman Paul Elliott had agreed to buy the club.

While Elliott promised stability, a summer of chaos has followed as he and Farnell saw their applications rejected by the EFL. Meanwhile, Charlton supporters have made it clear that ESI, in any capacity, will not be accepted.

Elliott, who’s control formally ended when his application was rejected, has appealed against the EFL’s decision and was also granted an injunction in court to delay any sale of ESI subject to a trial set to commence on November 23rd.

However, in another twist Danish-American businessman Thomas Sandgaard, who has made his interest in the club very clear over the last month, took to Twitter on Friday to announce he had become Charlton’s new owner. Sandgaard managed to work around the injunction as it only applied to an acquisition of ESI not to an acquisition of the club itself. For Charlton fans it is finally a moment of relief after months of turmoil. 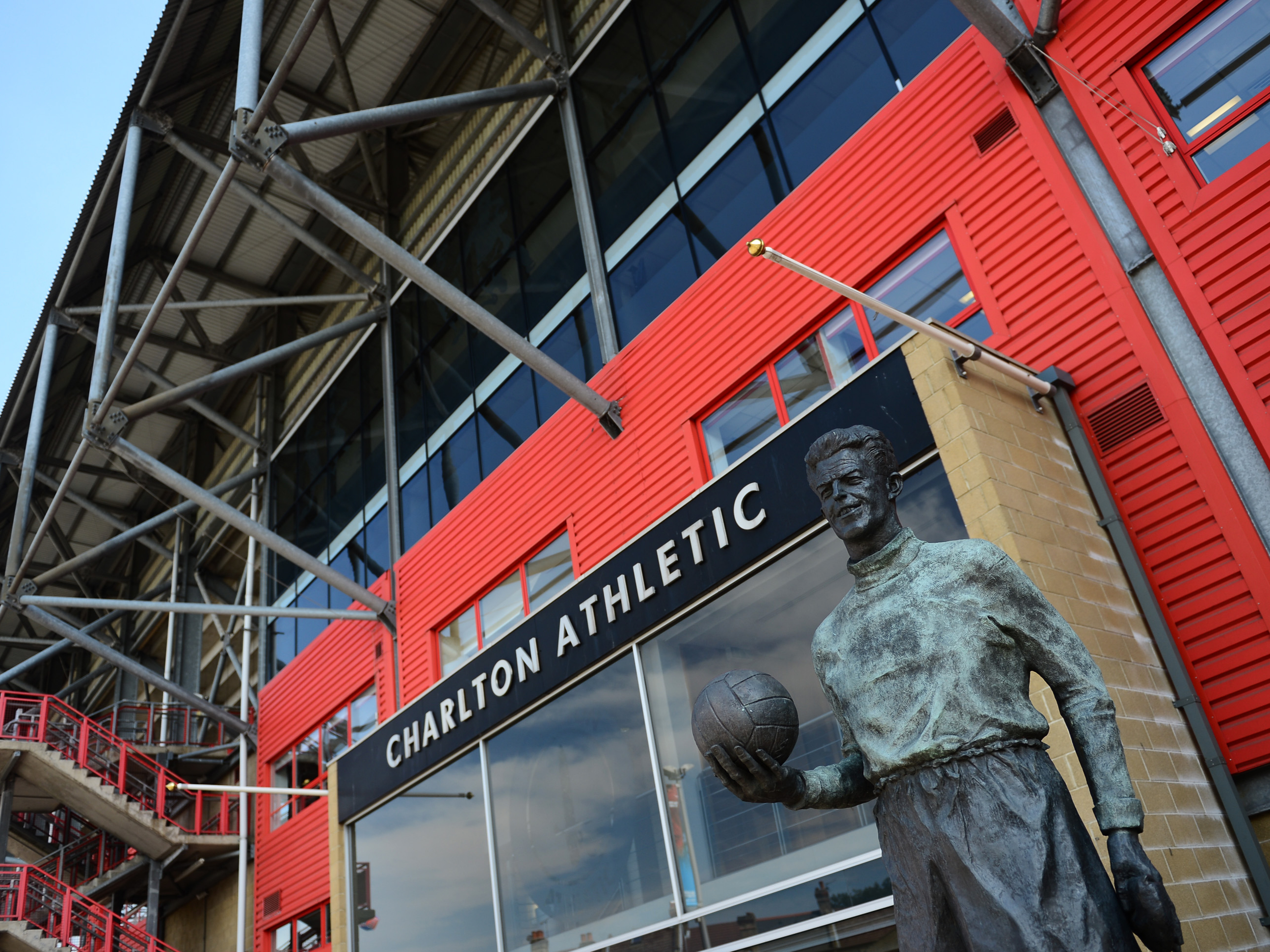 Sandgaard was greeted with huge applause from the 1000 supporters present when he attended his first game at The Valley against Doncaster and the new owner hopes to get the south-London club back to the Premier League within three to five years. Sandgaard confirmed on Friday he has already passed the EFL’s owners and directors tests.

For New and Fans4Fans it’s a day to savour after their work over the last few months. However, the fight doesn’t stop there with the EFL still firmly in their sights and for New, this victory just reaffirms his and his group’s belief.

“We’re going to win the fight,” he says strongly. “We’re not going to lose. There may be a couple of battles along the way but ultimately we’ll win this fight.”

The certainty in New’s voice is partly owed to the progress he and his fellow supporters have already made this summer. But it is also a testament to the belief possessed by the entire Charlton fanbase, born out of a history of defying the odds to save their club.

“The one thing that separates us from other clubs is that we’ve fought this battle since the late 80s,” New continues. “We’ve become very battle-hardened. We’ve taken that knowledge and used it really well.”

After being forced to leave The Valley in 1985 Charlton applied to return in 1990, only for Greenwich Council to reject their proposal. The set-back was sizeable, but it paled in comparison to the response. Supporters set up the “Valley Party,” a political party designed to raise awareness and gain support. Members of the Valley Party contested all 36 wards in the local election, winning nearly 15,000 votes. The unprecedented political route proved to be a major factor in Charlton returning to their home in 1992 and the spirit of that fight continues to buoy supporters today.

“I think the history of activism is important in understanding what’s going on right now,” Rick Everitt, one of the organizers of the Valley Party and creator of the Valley Review fanzine, explains. “The Valley Party was a lightbulb moment, and since 1990, Charlton fans have always been ready to organize and take action independently of the club in pursuit of what they see as legitimate and desirable goals.

“I think the difference is that in 1990 people didn’t quite believe they could achieve what they did. Now, supporters understand their power. What you’re seeing at the moment, with the people who went up to Farnell’s office or to the boardroom, is that fans are understanding their own power. The boundaries of what fans feel is possible has shifted dramatically.”

Despite a spell of relative harmony after the club’s return to their stadium, the spirit of the Valley Party never fully waned and this summer’s campaign has demonstrated the immense possibilities when supporters believe in their power to act.  Speaking about the occupation of IPS Law, Farnell’s office, New explains just how far he and his group of supporters are willing to go.

“We did a lot of observation on Chris [Farnell]’s movements. What time he got to work, what his day consists of, and we put together a plan of the best time for a group of fans to approach IPS Law, gain entry, and interrupt Chris’ day. We don’t really care about process and procedure. We’ll rock up on your premises. We’re well prepared to confront you head-on and ask you questions you don’t want to answer. You can’t intimidate us.” 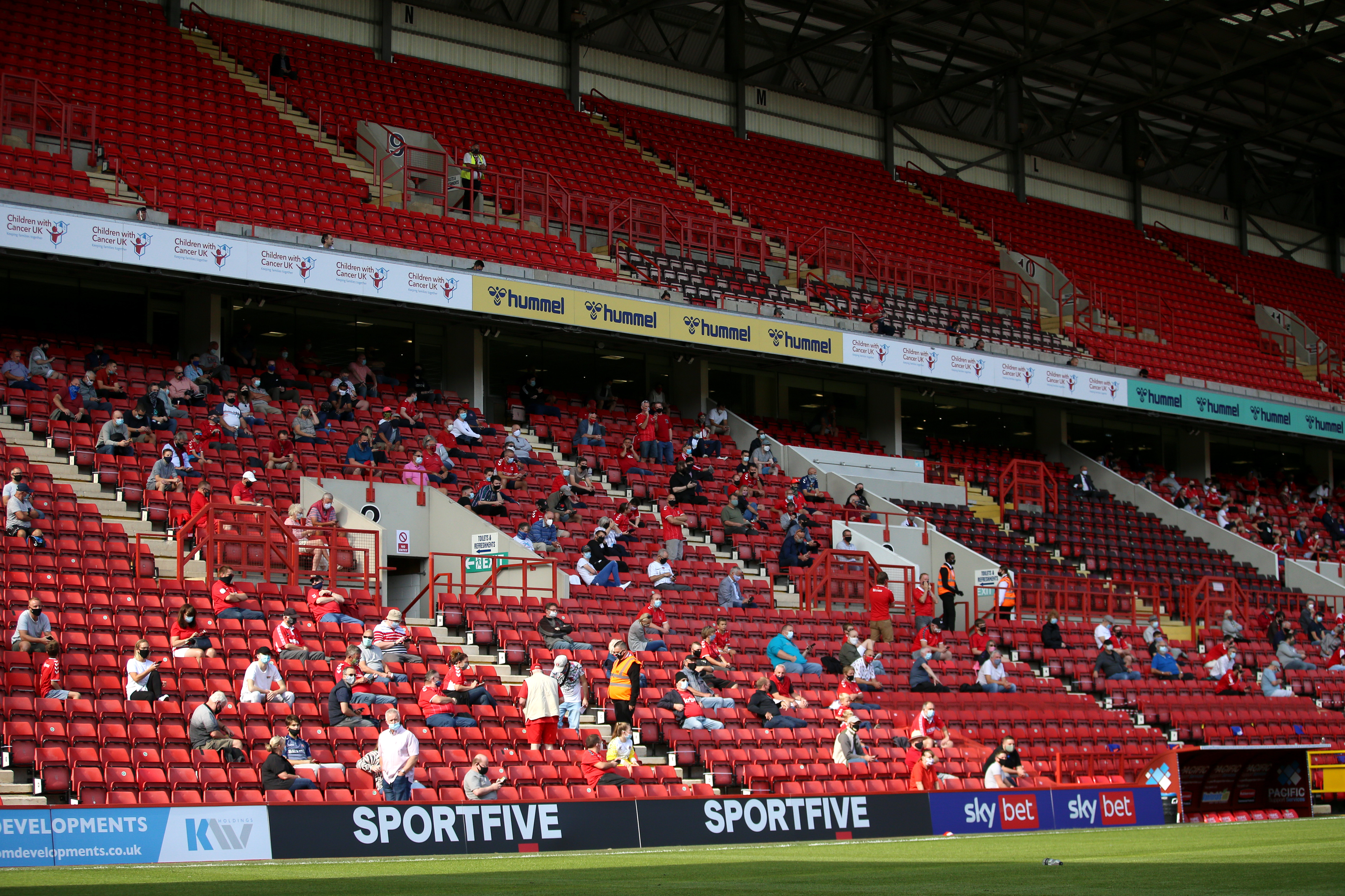 Farnell and Elliott’s applications were rejected by the EFL on the same day supporters occupied the IPS offices and one staff member at Charlton told The Independent they believe Farnell “grossly underestimated Charlton as a football club and community”.  The past eight months of hell has done almost everything possible to crush the spirits of Charlton supporters. But in reality, it’s only strengthened them.

While Charlton was always a likely starting point for supporter rebellion given their unique history of activism, the movement hasn’t stopped there. Fans4Fans has met with supporters from Bury, Macclesfield, Wigan and numerous other clubs as they attempt to turn their campaign into a national one.

“There is a movement of fans who as much as they love their club, are watching the governance of all clubs,” New explains. “We will not tolerate people like Paul Elliott, Tahnoon Nimer, Matt Southall, the Oystons at Blackpool, Dale at Bury. They should not be allowed anywhere near football clubs. And all the time the EFL are allowing that to happen, the fans are losing. We’re losing. It’s like losing 6-0 every Saturday. We’re losing because the EFL is allowing this to happen.

“There are fans up and down the country who have the same frustration with ownership. Every club needs to be protected. We’re very confident we’ll make a big enough fan group across the country to make a difference.”

Greg Farrimond, a Wigan fan and former reporter for Wigan Today, attended August’s protest at The Valley and explained what the actions of the Charlton supporters has meant to Wigan, yet another club suffering from disastrous ownership.

“I think a lot of Wigan fans seem inspired by what has gone on at Charlton. There’s very much a feeling of ‘oh, Charlton forced people’s hands.’ It showed the passion of the fans and from a Wigan perspective you just think ‘would that not show a prospective owner just how passionate Wigan fans are about the club?’ I think we’re getting to the point where further action is needed. Against the EFL, against the previous owners, against the administrators as well. We’re very much inspired by what Charlton has done.”

Wigan fans themselves have raised over £650k as they fight to keep their club afloat and the fan movement has grown beyond the UK with Valencia supporters gaining inspiration and advice from Charlton fans as they protest against their owner Peter Lim after a spate of damaging decisions.

Hector Bala, president of the Salvem Nostre Valencia (Save Our Valencia) fan group, explained to The Independent the feeling he and his fellow supporters have towards the Charlton community. “Honor, respect, and admiration. We feel identified and believe that it can be a mirror to look at and learn. We admire their fight that they have been doing for a long time.  As we have always said, SAME FEELING, SAME GOAL.”

With plans for further, widespread protests, targeting the EFL and its commercial partners, as well as a joint-protest in Valencia when travel restrictions are eased, Charlton fans are making sure the flame of supporter activism continues to grow.

New’s final message is simple but firm. “I wouldn’t mess with us.”

Even a brief glance at the history of Charlton Athletic makes that statement hard to bet against.

Tottenham legend Glenn Hoddle says Harry Kane needs trophies or will leave after ‘make or break season’
Jose Mourinho impressed by Tanguy Ndombele in rare 90-minute Tottenham showing
Best News
Recent Posts
This website uses cookies to improve your user experience and to provide you with advertisements that are relevant to your interests. By continuing to browse the site you are agreeing to our use of cookies.Ok