The message is loud and clear, Liverpool believe they’re back on their perch, they do not want to stop there. This feels like the start of something special at Anfield and Jurgen Klopp wants his side to dominate English football.

It won’t be long before the rumour mill starts and the likes of Mohamed Salah are linked with moves away from the club.

A new challenge will be the supposed reason one of Liverpool’s big names wants to quit the club.

After all, this Liverpool side has now won the two biggest prizes in club football in the Champions League and Premier League.

But in truth, their work is far from done. 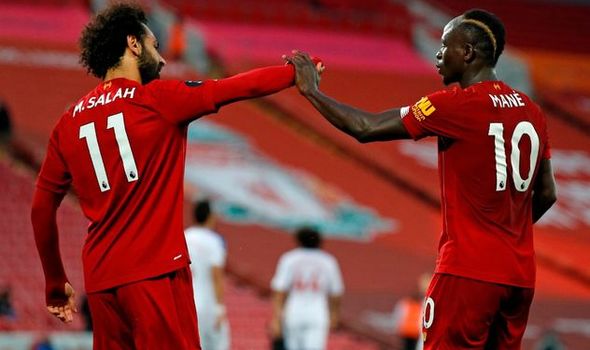 Given the unique nature of this season’s campaign, the Liverpool squad have already discussed their plan to do it again next season.

That’s because the coronavirus pandemic prevented the Reds from celebrating glory with their supporters.

Last summer 750,000 Liverpool supporters lined the streets of the city centre for the Champions League parade.

Similar plans had been drawn up before COVID-19 and now fans have been forced to celebrate the triumph from the comfort of their own homes.

Liverpool are still hungry to share that moment with supporters and will want to remove any asterisk from their name.

Deep down, everybody knows that Liverpool are deserved champions and they have been head and shoulders above the other 19 Premier League teams.

Salah, Sadio Mane and Virgil van Dijk all want to be a part of that no doubt.

It would be a huge surprise if any of Liverpool’s senior players decided to turn their back on the club. 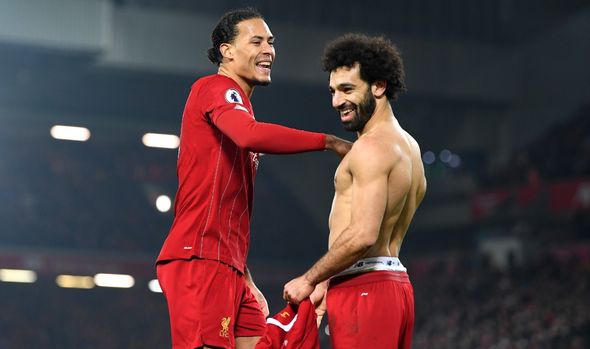 Liverpool are set to continue competing for major trophies and there is a sense they want to continue writing their own history.

Given the uncertainty surrounding the current financial climate, it would prove difficult for any club to table the cash required to take Salah, Mane or Van Dijk off Liverpool’s hands.

Nonetheless, they are not for sale and would only leave if they were prepared to force their way out of the club like Philippe Coutinho.

The Brazilian has set a new example for Klopp that the grass isn’t always greener beyond Liverpool.

He would not surely jump at the chance to return to Anfield to get his career back on track.

Michael Edwards and the board are already looking to invest in several bumper new contracts.

Van Dijk is just one star set to be handed a new deal alongside Alisson and Gini Wijnaldum.

Both Salah and Mane are already tied down to long-term contract but they too could be in line for a pay rise following their efforts this season.

Liverpool surprise transfer decision praised for winning Reds the Premier League title
Man Utd missing out on Jude Bellingham shows how far they’ve fallen – NEIL SQUIRES
Best News
Recent Posts
This website uses cookies to improve your user experience and to provide you with advertisements that are relevant to your interests. By continuing to browse the site you are agreeing to our use of cookies.Ok