Manchester United boss Ole Gunnar Solskjaer is keen to give Axel Tuanzebe more opportunities at Old Trafford despite his injury woes this season, reports say. The youngster has been out of action since January. But the Red Devils are standing by him, despite their interest in adding another centre-back to their squad this summer.

He returned to Manchester United back in the summer and was frequently used in the first half of the campaign, even skippering the Red Devils in a Carabao Cup clash with Rochdale.

However, injuries have restricted the 22-year-old to just five league appearances this season.

But, despite that, the Independent say Solskjaer is keen to stand by Tuanzebe and give him more minutes next time out.

United have seen Victor Lindelof and Harry Maguire shine at the back this term, helping the club improve defensively after a nightmare campaign a year ago.

And Solskjaer wants Tuanzebe to jostle with the duo for a starting berth. 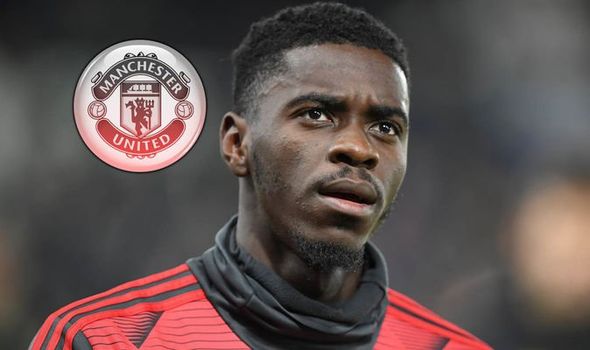 United could lose as many as three centre-backs this transfer window, with Chris Smalling one of them.

There remains a chance he could be given another chance at Old Trafford after shining at Roma but the Serie A giants remain determined to snap him up.

Marcos Rojo is heading out the door, with Solskjaer already confirming he didn’t expect the Argentina international to return.

And United will try and offload Phil Jones, with the England international failing realise the potential of his younger years.

They could add to their squad, too.

Nathan Ake is admired by Solskjaer and, with Bournemouth relegated to the Championship, could be pursued this season. 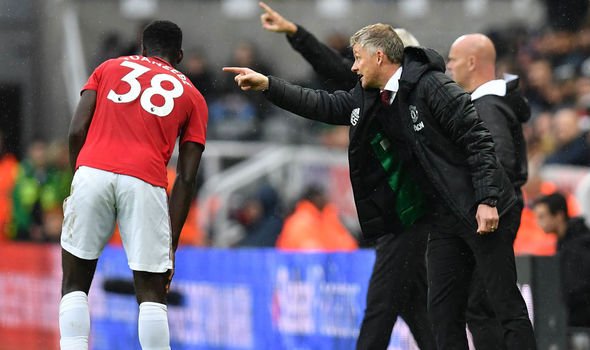 The United manager is also a huge fan of Napoli powerhouse Kalidou Koulibaly, deeming the Senegal international to be one of the best defenders on the planet.

And links to Joe Rodon, Dayot Upamenaco and Milan Skriniar are refusing to die down amid their fine displays for Swansea, RB Leipzig and Inter Milan.

Meanwhile, speaking after United’s 2-0 win over Leicester on Sunday, Gary Neville urged the Glazers to back Solskjaer with the right signings this summer.

He told Sky Sports: “I think it’s a big day for Ole, it gives him some peace and demonstrates progress.

“They can play a different way now, they were very basic in his first six months.

“With [Mason] Greenwood emerging and [Bruno] Fernandes, they look like they can win games in different ways.

“They need more players in their squad. The last time they finished in the top four was under Jose Mourinho and they spent £170million in that summer and didn’t invest it wisely.

“They need to invest it again but do it properly this time to get nearer to Liverpool and Manchester City.

“It’s about making sure they get in players who want to play for the club. United have never really done that.

“Ole seems to have brought that back in the past 12 months and it’s working, it’s better.”

Tyldesley's analyses his work on Liverpool's 2005 Champions League win
Man Utd chief Ed Woodward set to miss out on £18m after having transfer talks interrupted
Best News
Recent Posts
This website uses cookies to improve your user experience and to provide you with advertisements that are relevant to your interests. By continuing to browse the site you are agreeing to our use of cookies.Ok