Real Madrid boss Zinedine Zidane has reportedly spoken with Lyon star Houssem Aouar about a potential move to the Bernabeu. The France international is wanted by Mikel Arteta at Arsenal, with the Spaniard blown away by the midfielder’s performances last term. But, with Los Blancos in the race for the 22-year-old, it seems the Gunners have a fight on their hands.

Aouar impressed for Lyon in Ligue 1 last season, scoring three goals and registering four assists from 25 matches in the competition.

And he was also vital for his side as they reached the semi-finals of the Champions League, where they were beaten by eventual winners Bayern Munich.

Arsenal have already signed Willian and Gabriel Magalhaes ahead of the new season and would love to land Aouar, too.

However, Spanish website OKDiario claim Real Madrid are in the hunt for the France international with Zidane already speaking to his compatriot about a potential move to the Bernabeu.

Los Blancos have missed out on Donny van de Beek to Manchester United and, as a result, are looking at different reinforcements for the middle of the park.

It’s claimed that Zidane has told the Lyon star to ignore interest from other clubs as Real look to put a deal together. 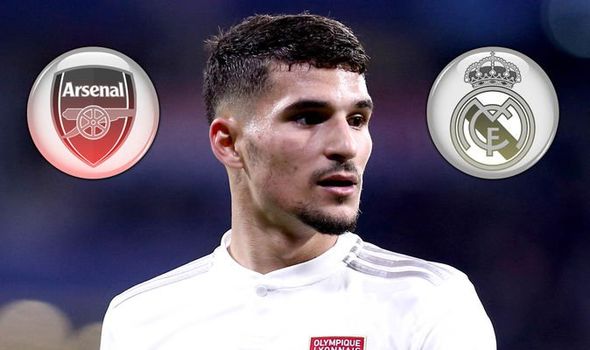 They, like many other teams around the world, are feeling the financial impact of the coronavirus crisis – with Florentino Perez already downplaying the prospect of marquee arrivals.

But it seems as though Real are serious about Aouar, in news that is sure to come as a blow to Arsenal.

The Ghana international has impressed for the La Liga giants in recent years, becoming a vital asset for manager Diego Simeone at the Wanda Metropolitano Stadium in the process.

And Premier League commentator Ian Darke thinks the Gunners should prioritise a move for Partey over Aouar, telling ESPN: “I think they need a little bit of steel in the middle of the pitch, so I think Partey would be a very good signing for Arsenal. 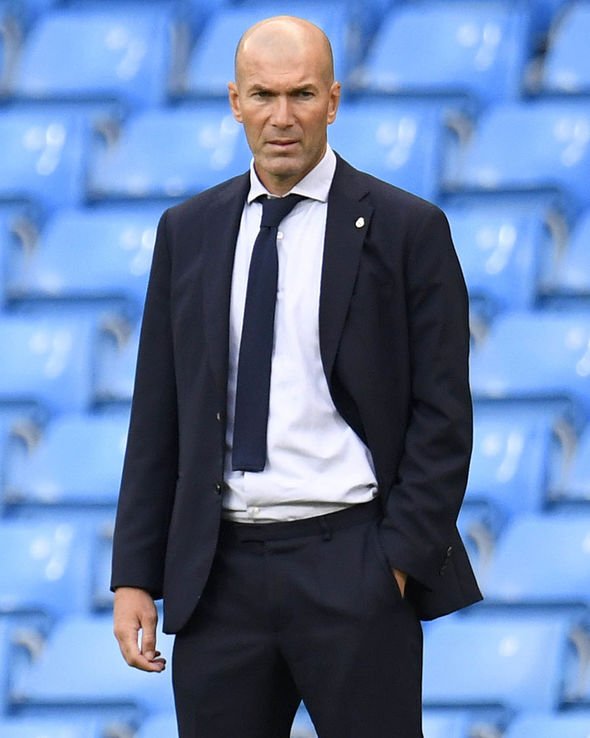 “I know they’re very keen, but they can’t seem to get that deal done.

“They’ve got Ceballos back of course from Real Madrid, and he did well in the back end of last season, but in a more creative way.

“Both are good players, but I think of the two, I’d say Partey.”

Arsenal visit Fulham in their first match of the Premier League season on Saturday.

And, regardless of who they sign between now and the end of the transfer window, Darke feels they can finish in the top four.

“I’ve got them finishing fourth,” he added.

“I think Arteta’s changed the mentality of that club completely.

“I think you’ve seen it three times now, every time at Wembley in the FA Cup semi-final, the FA Cup final and then the Community Shield against good opposition, I think they’re a different side now.

“I think they do have that capability to go out every week and be pretty consistent as well if they can keep everybody fit.

“They might need to add one or two more between now and October 5 but I can see Arsenal maybe being the surprise team and making the top four ahead of slightly more-fancied rivals [Chelsea].”

Lionel Messi: Barcelona star will only leave on one condition after Bayern Munich defeat

David Raya's agent sends transfer message to Arsenal as Emi Martinez nears exit
Liverpool’s title hopes and transfer business assessed
Best News
Recent Posts
This website uses cookies to improve your user experience and to provide you with advertisements that are relevant to your interests. By continuing to browse the site you are agreeing to our use of cookies.Ok