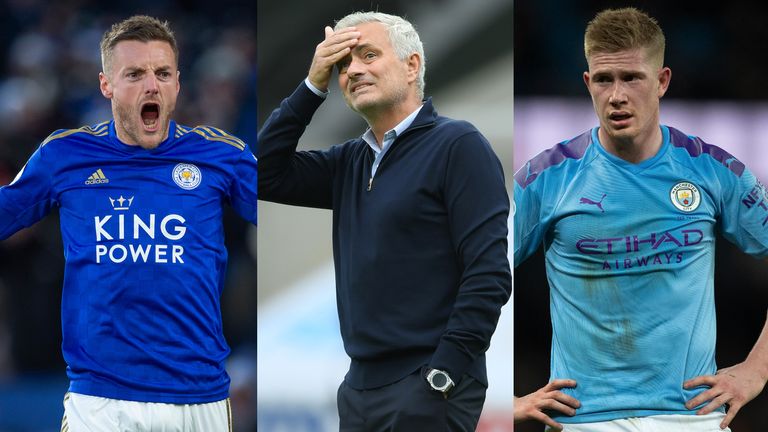 Premier League status, European places, the Golden Boot, the Golden Glove and an assists record… here’s what was decided on Sunday. 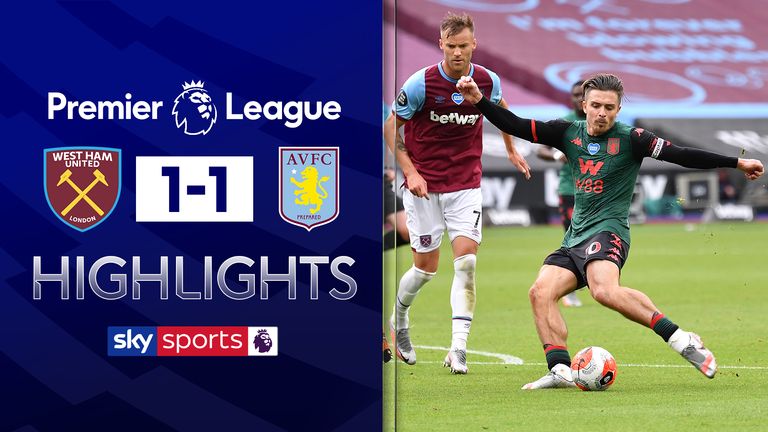 It was a race that went down to the wire, but, on the final day, it was Watford and Bournemouth who will join Norwich back in the Sky Bet Championship next season.

A fortnight ago, it seemed impossible for Aston Villa to beat the drop but a four-match unbeaten run to end their season – including a 1-1 draw against West Ham on the final day – saw them secure their Premier League status by a point.

Bournemouth’s 3-1 win at Everton was not enough to save them, while managerless Watford were beaten 3-2 at Arsenal to send them back into the second tier. 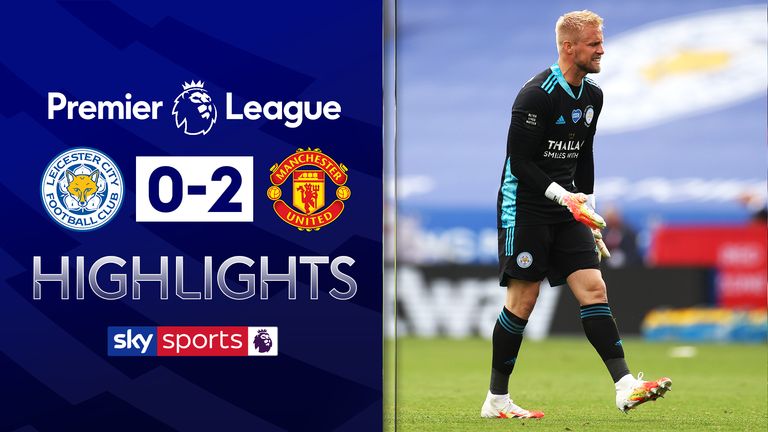 It has been a topsy-turvy top-four race and it was Manchester United who emerged as victors from their straight shootout with Leicester for a Champions League spot, winning 2-0 at the King Power Stadium.

Chelsea will join them in Europe’s elite competition after a 2-0 win against Wolves and, despite ending the season level on 66 points, Ole Gunnar Solskjaer’s side took third place with a significantly better goal difference. With Leicester’s defeat to Manchester United rounding off a poor end to their season, the Foxes finished in fifth on 62 points – four from the Champions League places.

However, this does confirm their spot in the Europa League group stage, while Tottenham are also assured of a place in the same competition after a 1-1 draw with Crystal Palace ensured they finished sixth and qualify by way of Manchester City’s deferred place from their Carabao Cup win, with Pep Guardiola’s side into the Champions League after finishing second.

Wolves finished in seventh place, but this could still be enough for a Europa League spot – and it all rests on the FA Cup final on Saturday. Should Chelsea beat Arsenal at Wembley on Saturday, Spurs will go straight into the Europa League group stage, with the Blues having already finished in the Champions League places. The Carabao Cup qualifying spot would then fall to Wolves.

But should Arsenal win the FA Cup, they will take the place in the Europa League group stage, with Tottenham having to go through the qualifying rounds.

Wolves’ only chance of European football next season would then rest on the remainder of the current Europa League campaign. To claim it, they would have to triumph in the final in Cologne on August 21, which would deliver the additional prize of a coveted Champions League berth. It has been a good year for English strikers, and Jamie Vardy, in particular, who has won his first Golden Boot at the age of 33. He netted 23 goals and finally gets his hands on the award after coming within a single goal back in 2015/16

Speaking of one-goal margins, both Pierre-Emerick Aubameyang and Danny Ings scored on the final day but could not overtake Vardy at the top of the table.

Harry Kane is the only other Englishman to be PL top scorer since 2000 pic.twitter.com/jpltWP7OZq

“I’m delighted, but it’s all about the team,” Vardy told Sky Sports after picking up his award. “I wouldn’t have been in the position l am with the goals if it wasn’t for them and luckily I’ve put a few of them away.

“I don’t feel my age. Touch wood, I’m not picking up many injuries and I’ll try to come back as strong as l can next year.” 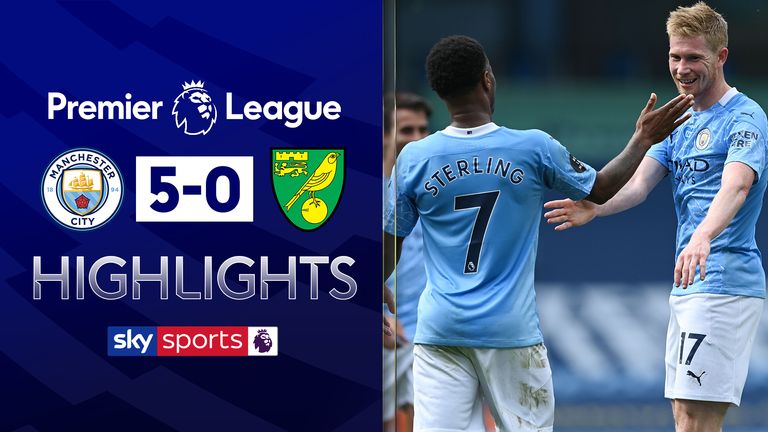 It is a niche record that has stood for 17 years, but Thierry Henry keeps hold of his assists record, although he now shares it with Kevin De Bruyne.

They both hold the title for the most assists in a single season – 20 in 2002/03 for Henry- with De Bruyne rounding his off with an assist for Raheem Sterling’s goal during Manchester City’s 5-0 win against Norwich.

🅰️ He’s also equalled his own career best for most assists in a league season – 20 with Wolfsburg in 2014-15 pic.twitter.com/gfR7TqnT8m

De Bruyne has now been the Premier League’s top assist maker in three of the last four seasons – but can he break the record next season?

Most assists in a Premier League season

The mid-table dwellers, the recently survived, and those languishing just outside the European places still have the reward of a job well done: cold, hard cash.

Although the Premier League is yet to confirm the prize money on offer for every place in the final table, in recent seasons the difference between each place has been roughly £2m.

For context, that is the equivalent to 100,000 fans buying a £20 match ticket, or roughly two Jamie Vardys when he signed for Leicester back in 2012. Every little helps! 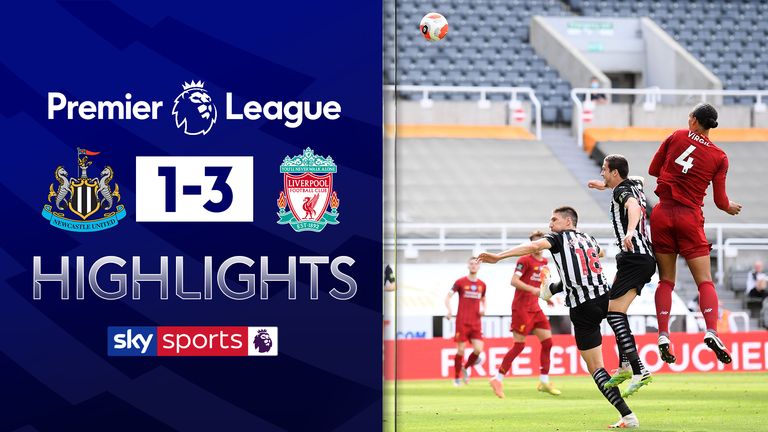 Liverpool also fell just short of claiming the biggest winning margin between first and second, which remains at 19 points (Man City to Manchester United in 2017/18), with Jurgen Klopp’s side finishing with an 18-point cushion between themselves and Man City this term.

But, with a 3-1 win at Newcastle, Liverpool did equal City’s 2017/18 record of 32 wins in a season and already bagged the record of winning the title with the most number of games remaining (7). Another flourish to finish off Liverpool’s stupendous season. 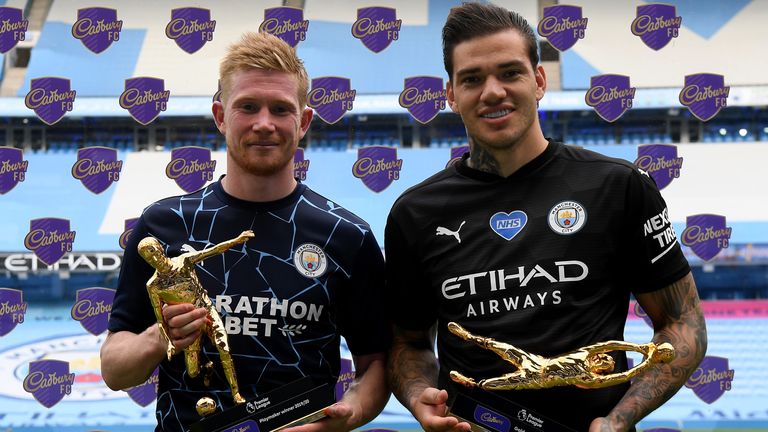 For those between the sticks, the battle for the Golden Glove – most clean sheets in a season – is fierce. But on the final day, Ederson just pipped Nick Pope to the title with a clean sheet against Norwich.

It's good for football that Watford were relegated to the Championship
Duke of Cambridge welcomes signing of ‘Mentally Healthy Football’ Declaration
Best News
Recent Posts
This website uses cookies to improve your user experience and to provide you with advertisements that are relevant to your interests. By continuing to browse the site you are agreeing to our use of cookies.Ok