An arrowed 70-yard pass, perfectly timed tackle and then yellow card before being subbed at half-time… Neco Williams shows first Premier League start for Liverpool will not be his last

First there was a glare, then there was a growl and finally there was a gesture. It was 34 minutes into Neco Williams’s first Premier League start when he truly understood what standards a Liverpool player must keep.

The Wales Under-21 right-back had been given an opportunity to start on the other side of the pitch, as Jurgen Klopp wanted to preserve Andrew Robertson. Williams, a quiet and unassuming young man, had caught the eye with his effervescence and use of the ball.

Williams is one of a clutch of novices who are blossoming in Klopp’s squad, thriving with fellow teenagers Curtis Jones and Harvey Elliott. 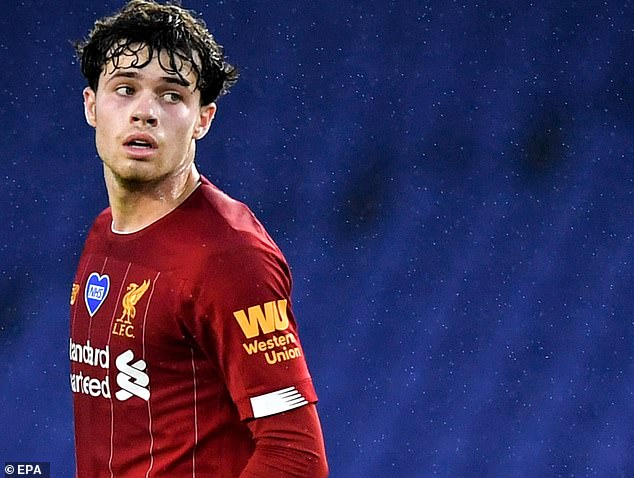 They will all have Premier League winner’s medals at the end of this campaign and their manager is adamant their progress merits the gongs.

One 70-yard cross-field ball, for instance, went like an arrow into Trent Alexander-Arnold’s feet; there had also been some dangerous cutbacks from flank whenever he scuttled forward to add his weight to Liverpool’s attack.

Best of all, however, was the tackle on Leandro Trossard in the 19th minute when it seemed the Belgian was about to halve the advantage Liverpool had built up when racing out of the blocks.

There was no margin for error but the challenge, to dispossess Trossard, was impeccable. 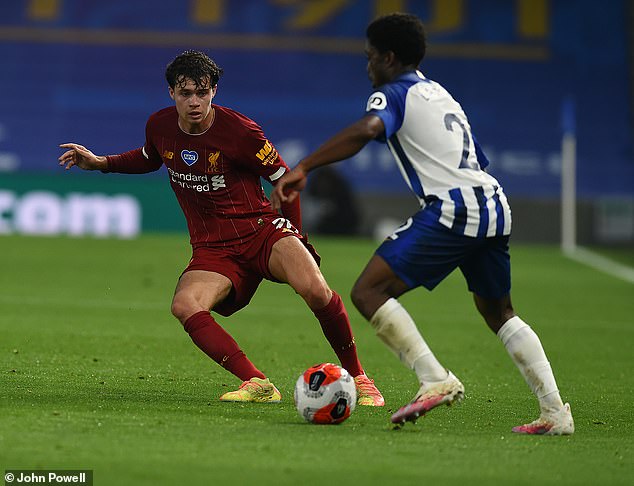 Yet here, in the 34th minute, there was a slight hesitation. Williams had took a moment too long to work out what he wanted to do when receiving possession from Virgil van Dijk and Davy Propper, Brighton’s midfielder, smothered him and created a chance for Neale Maupay.

Joe Gomez came to the rescue but that did not save Williams. As Liverpool regrouped, Jordan Henderson bellowed at the 19-year-old to leave him in no doubt about what is required to thrive in this team. To excel for the champions, every second and every action counts.

It was a salutary lesson on a night he will not forget for a number of reasons, not least due to the joust he had with the superb Tariq Lamptey, Brighton’s right-back who is on loan from Chelsea. Lamptey was a constant menace and gave Williams problems. 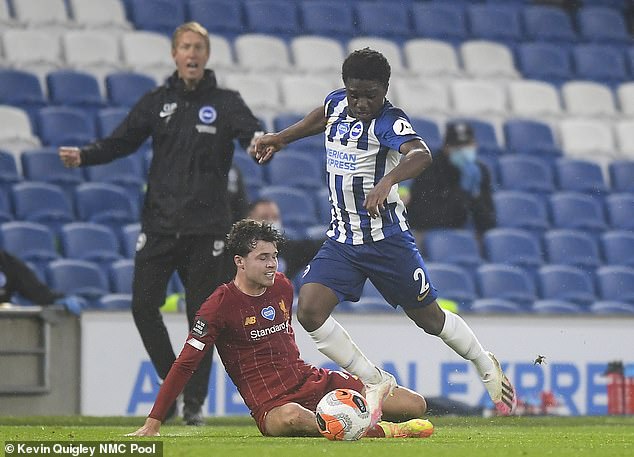 Indeed, the most significant came in the 41st minute when a coming together saw Williams receive a yellow card – a move that forced Klopp’s hand to take him off at the interval, to ensure his team kept 11 men. Robertson was summoned from the stands to restore balance.

‘It was just the yellow card and nothing else,’ said Klopp. ‘We did not protect him well enough. This was his first professional start (in the Premier League) – I could not tell him he could not tackle any more. I liked a lot of what I saw. He is confident. He will learn and that is not a problem.’

He will have been disheartened not to finish the contest but he shouldn’t be: the past 12 months have been huge for Williams, who was Man-of-the-Match in cup ties at Anfield against Arsenal and Shrewsbury. Klopp knows his value to the group. This start will not be his last. Not by a long way. 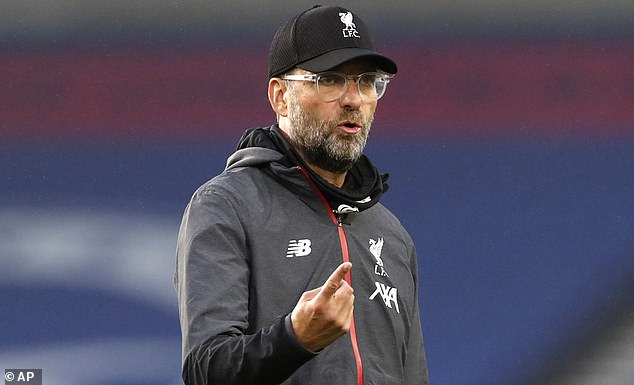 Pep Clotet steps down as Birmingham boss following Swansea defeat
Serie A round-up: Atalanta win ninth consecutive game to move up to third
Best News
Recent Posts
This website uses cookies to improve your user experience and to provide you with advertisements that are relevant to your interests. By continuing to browse the site you are agreeing to our use of cookies.Ok