Can Mikel Arteta minimise the colossal mistakes from Arsenal’s defence and fine tune the small details to accompany his cultural reset? Will Frank Lampard crack the conundrum of Chelsea’s fragility at the back and absence of game management? What, exactly, is the identity of Jose Mourinho’s Tottenham?

How is Brendan Rodgers going to ensure a reaction from Leicester, who’ve largely looked spent since before the turn of the year? Can Ole Gunnar Solskjaer ensure Manchester United’s magnificent form, sparked by the arrival of Bruno Fernandes, morphs into a more significant say at the top end of table next season? How is Carlo Ancelotti going to craft steel, surety and control out of Everton’s midfield and what is the tonic for being so laboured offensively?

There is currently a flood of question marks around Premier League managers and their respective missions, while at Southampton, Ralph Hasenhuttl casually provides answers.

And none of his colleagues have faced a poser quite as ominous as ‘how do you wash off the stench of a 9-0 mauling?’

The Austrian transformed that chastening experience – “hopeless, an absolute disaster” – at home and at the hands of Leicester in October into a turning point. It started with self-reflecting and the fact he had deviated from his principles: He’d become more passive and centred on control at St Mary’s, but decided to track back to bravery and creating chaos with high pressing.

Hasenhuttl changed the shape, his messaging and returned to the aggressive, front-foot approach that saw him catapult Aalen to the 2.Bundesliga for the first time, mould Ingolstadt from relegation strugglers to champions and make RB Leipzig one of the most exciting teams to watch in Europe.

Above everything, he has gotten the players to whole-heartedly buy into his methodology to “live this system and live this behaviour,” which is some feat after they’d been shredded in the most ruthless and humiliating fashion.

Since then, Southampton have beaten Chelsea and Leicester away, bettering Tottenham and Manchester City at St Mary’s.

Their revival truly began with a draw at Arsenal on 23 November. And on Monday night at Old Trafford, they displayed a resilience and refusal to give in, scoring in the 96th minute to earn a deserved point against United.

“Southampton are a good team, they run, and run and chase. We never got into our rhythm today,” Solskjaer said. 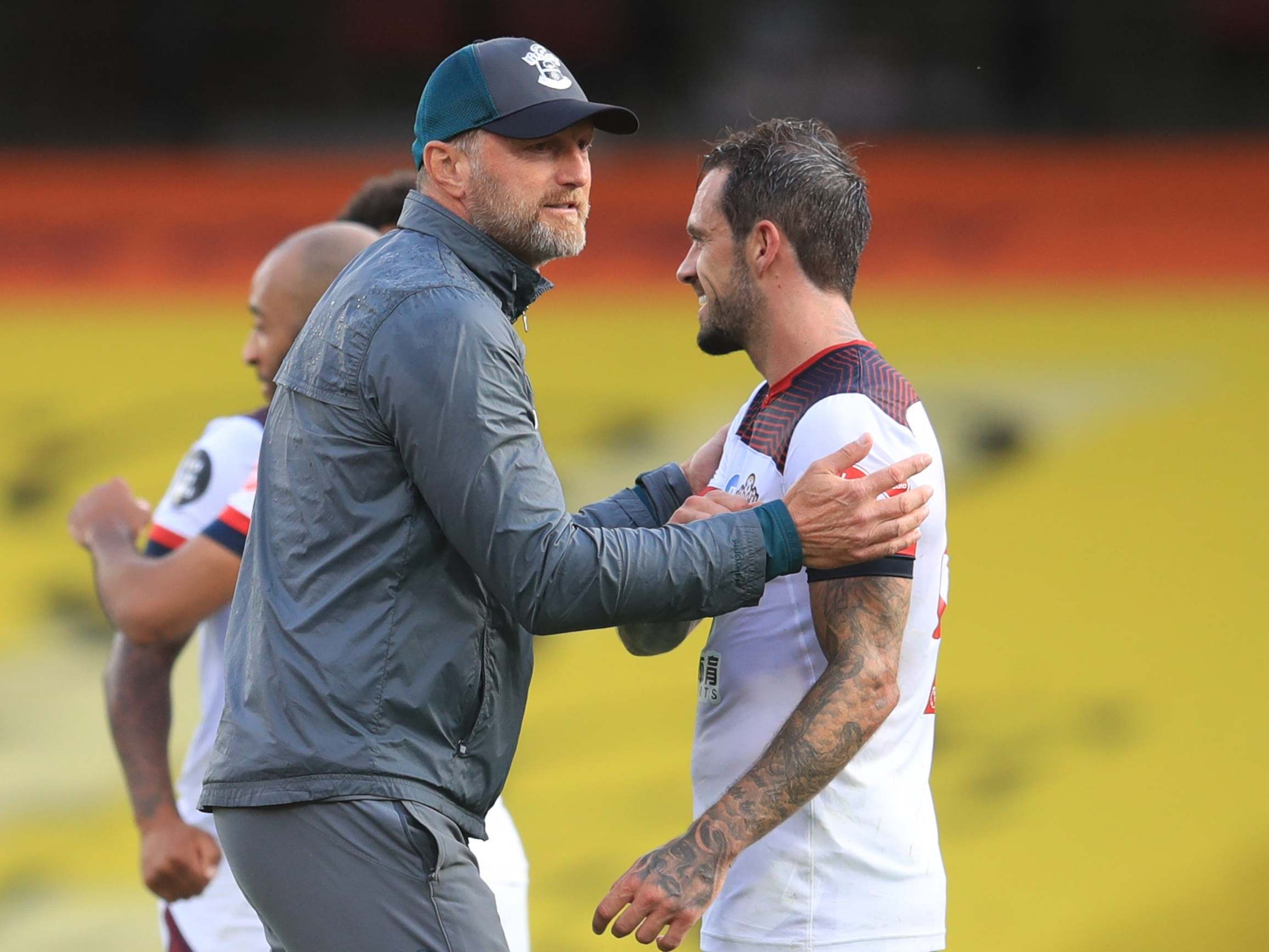 Saints had more final-third passes, more possession, more shots on target and more shots inside the box at Old Trafford. They covered a lot more distance and engaged in more sprints.

Beyond the numbers, Southampton are inventive, purposeful and slick in possession – James Ward-Prowse, Stuart Armstrong, Nathan Redmond and Danny Ings always so lively – and tenacious out of it.

United never got into their rhythm because Hasenhuttl’s charges never allowed them to. Bar a spell in the opening 45 when Marcus Rashford and Anthony Martial illustrated the potency of their attacking might, the hosts were never truly on top. They had chances to further influence the scoreboard, as would be expected given their offensive line-up, but United were never comfortable nor stifling of Southampton.

“When you put aside 10 minutes in the first half, you could say we passed the test,” Hasenhuttl said.

“If you stop being brave and if you stop being organised, if you’re not closing from the front, you are immediately in trouble. But I’m pleased with the overall job we did.

“We gifted two chances and they scored both, but we found our game again 10 minutes before the break. We then had good possession, good balance and good game management.” 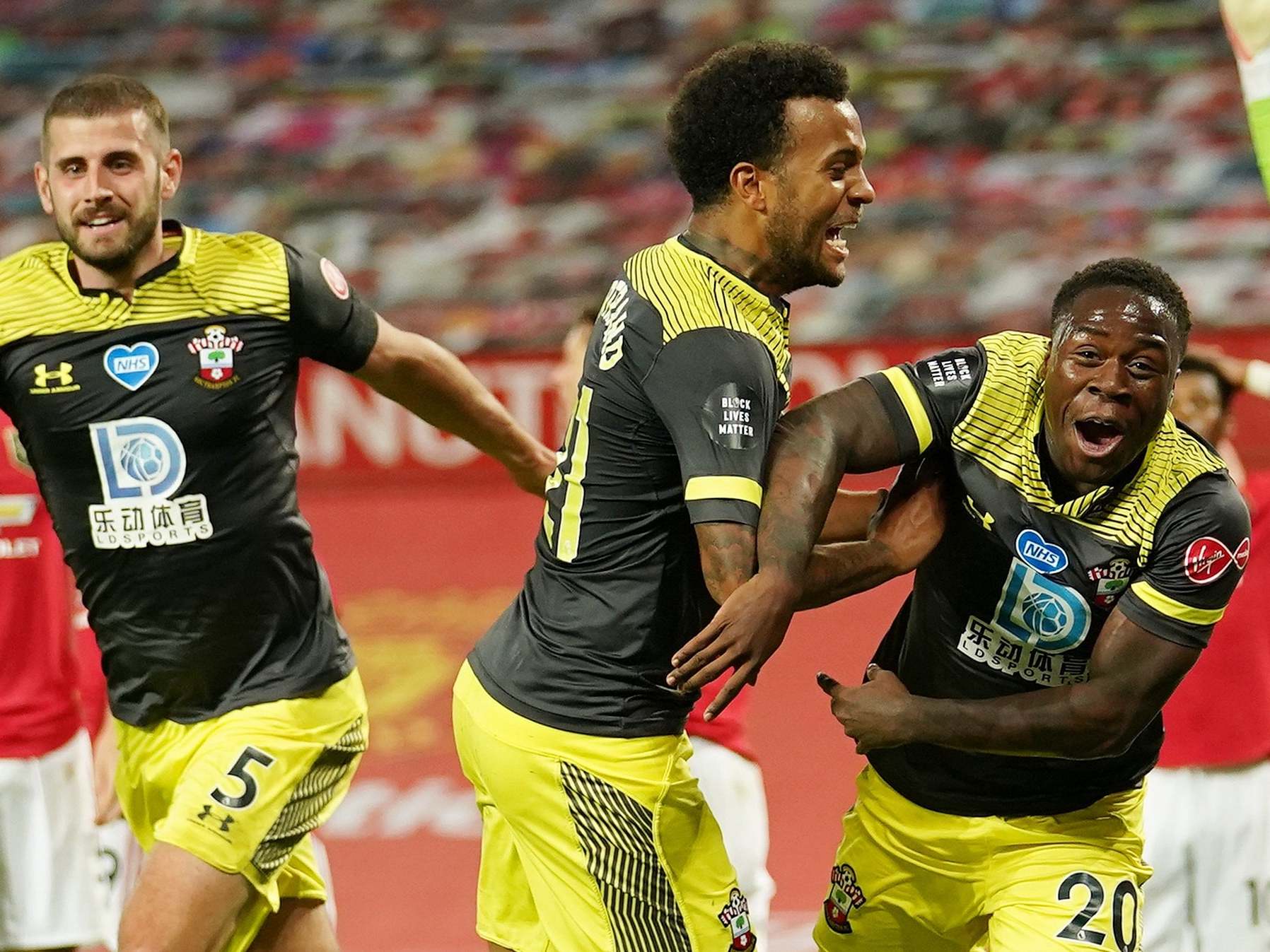 Above all, what Southampton have is an unmistakable identity. Hasenhuttl admitted if he was Southampton’s chief executive, Martin Semmens, he’d have pressed the sacked-in-the-morning panic button after the 9-0 hammering against Leicester.

“Normally as a coach you don’t have a chance to turn around, normally it’s the next manager that gets the chance, not you,” he said.

And Hasenhuttl has seized the opportunity, not only forcing a reaction out of Southampton, but formulating a sustainable and exciting approach for the club to carry forward.

The only question now is how long they’ll be able to hold onto him for, which will be aligned to how his contemporaries solve their riddles.

Clive Tyldesley ‘upset, annoyed and baffled’ at ITV decision to remove him as lead commentator
Bale trolls Zidane from the stands again as he’s left out of Real Madrid win
Best News
Recent Posts
This website uses cookies to improve your user experience and to provide you with advertisements that are relevant to your interests. By continuing to browse the site you are agreeing to our use of cookies.Ok