Eleven-year-old budding footballer Imogen Papworth-Heidel has completed her target of 7.1 million keepy-uppies – and has raised thousands of pounds for charity in the process.

Imogen, from Hauxton, near Cambridge, wanted to do a keepy-uppie for every key worker in the United Kingdom, and she completed the final 3,000 at Cambridge United’s Abbey Stadium on Wednesday.

She started her challenge back in April, inspired by Captain Tom Moore, who raised £33m for the NHS when he completed 100 laps of his garden before his 100th birthday. 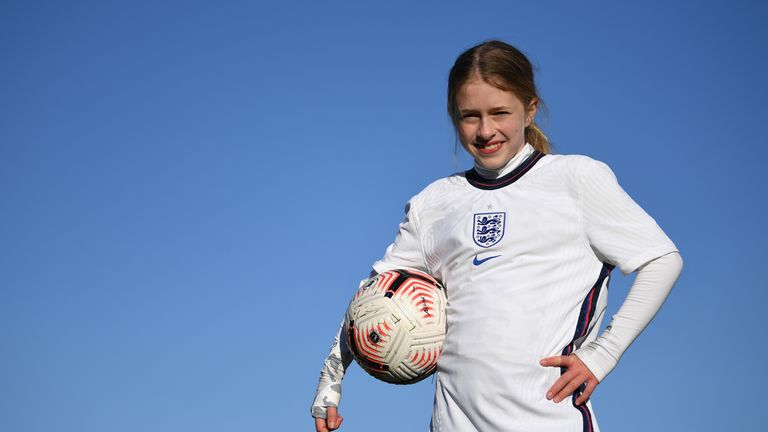 “It was really amazing to complete the challenge in under seven months,” Imogen told Sky Sports.

“At the beginning, we thought it would take 97 years to actually finish this – I would be older than Captain Tom!

“He inspired me to do the challenge, he was raising so much money, and I even met him, which was amazing, and give him his Pride of Britain award.

“I told him about the challenge and he said it was ‘quite cool’ – and that is quite a cool thing!” 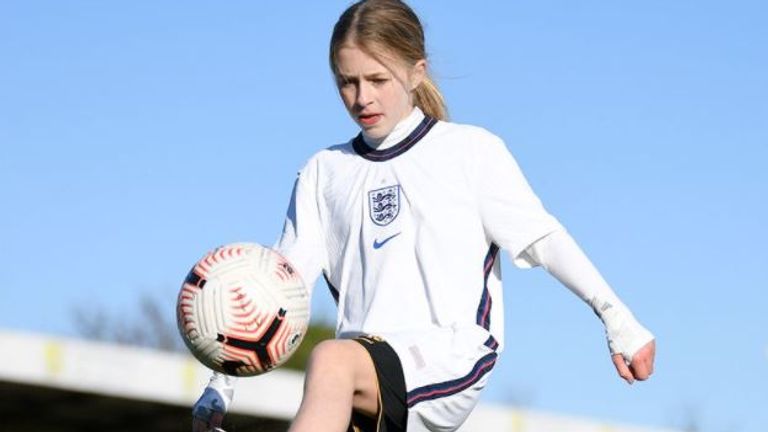 Imogen has been helped along the way to her incredible final total by keepy-uppie ‘donations’ from approximately 2,000 people across the globe, including some well-known faces, who she bumped into at England’s St George’s Park training complex.

She said: “Going to see the England players was so amazing, we met Tammy Abraham, he did some keepy-uppies, and I met Lucy Bronze.

“I also met Isobel Christiansen and Georgia Stanway, and they were all really lovely.

“I haven’t got a favourite but Marcus Rashford did some [keepy-uppies] as well and that was quite cool.”

Imogen’s parents both work with the NHS in the field of patient safety, and her dad Karl was the official counter for the challenge.

He said: “We are really proud of her, we thought it was going to take years.

“I wasn’t sure I would be around for it! 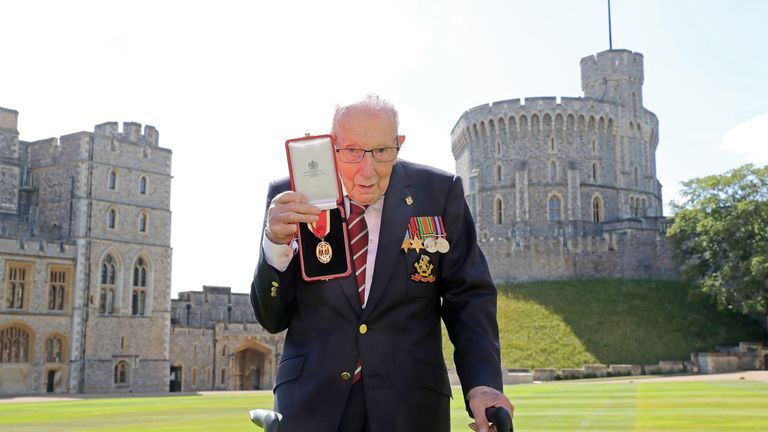 “So many people have supported her and it really shows the warmth of humanity during a really difficult time for people.

“The amount of support from such a vast variety of people has been amazing – a grandad just out from Covid, first thing he does out from hospital is go in his garden and do some keepy-uppies for her!

“We have had amputees and blind people doing keepy-uppies, so it has been absolutely fantastic.

“And it has also inspired people to go out in the garden and be active – many people have said that to us and how it has helped them with their own mental health.”

“We smashed that target, which is so amazing!”

We knew a few people who might be able to help 11-year-old @imogen_ph complete her incredible fundraising challenge, so we welcomed her to St. George’s Park for a surprise or two! 😃 pic.twitter.com/Xtwq9HYcv8

Imogen trains with Cambridge United’s youth academy and Essex County FA Girls Regional Talent Club and, asked if she would like to play for the Lionesses one day, she said: “That is one of my dreams.

“Going there (St George’s Park), inspired me even more.”

The Arsenal and Cambridge fan has been inspiring others this year – and her amazing efforts have raised money for the NHS, Mind, The Fire Fighters Charity, Police Care UK, The Care Workers Charity, SSAFA – The Armed Forces Charity, Education Support, East Anglian Air Ambulance, and Addenbrooke’s Charitable Trust.

At the time of writing, she has raised over £12,000 and donations continue to arrive on her JustGiving page.

Gerrard left Morelos out of Rangers side due to transfer speculation

So what next for Project Big Picture?

Potter offers Neal Maupay "incident" confirmation ahead of Burnley fixture
Woodward accused of ‘knowing nothing about football’ after Van de Beek disaster
Best News
Recent Posts
This website uses cookies to improve your user experience and to provide you with advertisements that are relevant to your interests. By continuing to browse the site you are agreeing to our use of cookies.Ok