‘We are going to fight until the last second’: Zinedine Zidane believes LaLiga glory can inspire Real Madrid to overturn deficit against Manchester City in Champions League last-16 tie

Real Madrid coach Zinedine Zidane admitted that winning LaLiga could inspire his team to turn over the first leg deficit against Manchester City.

Madrid picked up 31 points from a possible 33 in their final 11 games to win the club’s 34th title and Zidane said: ‘How am I not going to think that we can come back [against City]. We are going to fight until the last second to get to the next round. Now we have to rest a bit because the last weeks of the season have been tough.’

Zidane denied that Gareth Bale had asked to be left out of the final match against Leganes. James Rodriguez had requested not to be picked for the final matches ahead of his sale this summer but Zidane said: ‘Everyone knows James’ position. Bale was just my decision, nothing more than that.’ 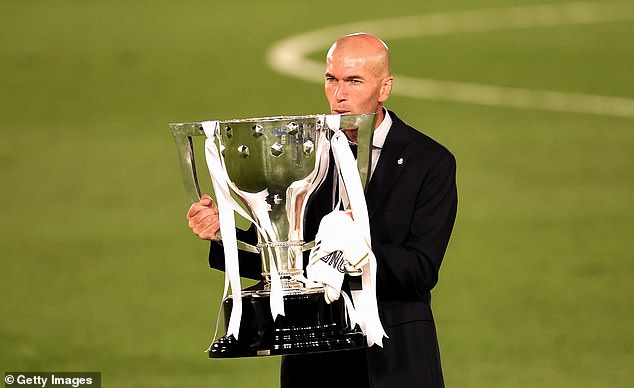 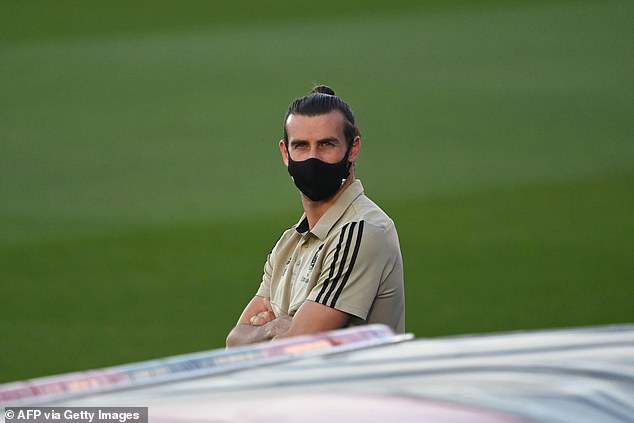 Asked about Eden Hazard who also missed the final game of the season he said: ‘Eden was finishing matches with some physical problems. I hope that in this break he will recuperate completely. The physios who know about this sort of thing will try to make sure he is okay.’

Madrid were not the stars of their last LaLiga game of the season. Plucky Leganes drew 2-2 and might have had a late penalty had VAR not ignored a late handball from Luka Jovic. 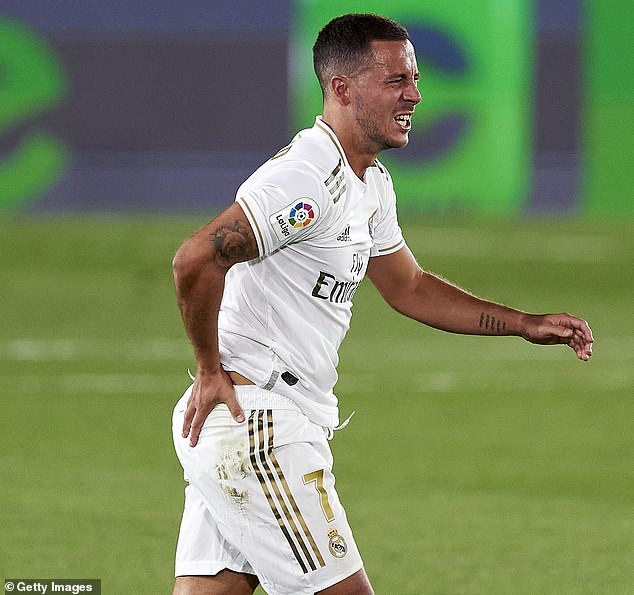 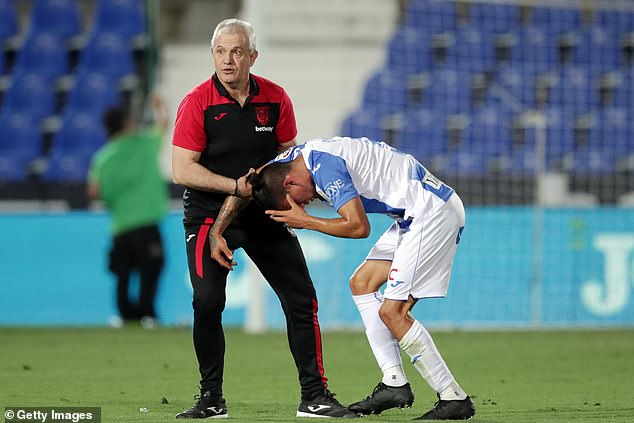 ‘I am a great believer in VAR but the person who decides whether or not to look at the decision again, that is where the doubt is,’ said Leganes coach Javier Aguirre.

Leganes won the hearts of Spanish football fans by refusing to accept their relegation fate despite a series of setbacks that started in January when they were forced to sell striker Youssef En-Nesyri to Sevilla.

Barcelona were then given special dispensation to sign Martin Braithwaite from them and, having lost first and second choice forwards, third and fourth choice Guido Carillo and Oscar Rodriguez was ruled out by injury.

Unai Bustinza was in tears at the final whistle. He said: ‘At least we have been an example to everyone as to how not to give in until the very end.’

Arteta's tactics floored Man City on pivotal night for flowering coach
Jack Charlton to be honoured with a special postmark
Best News
Recent Posts
This website uses cookies to improve your user experience and to provide you with advertisements that are relevant to your interests. By continuing to browse the site you are agreeing to our use of cookies.Ok