The Australian women’s national cricket team will use the opening day of its limited-overs series against New Zealand on Saturday to shine a light on Aboriginal culture to help stamp out casual racism in both sport and the wider community.

The world’s No. 1 ranked cricket team will wear special “Walkabout Wicket” logos on their playing shirts and will be part of a barefoot acknowledgment of country ceremony before play starts at Brisbane’s Allan Border Oval.

Australian all-rounder, and proud Muruwari woman, Ashleigh Gardner has taken the lead in the pre-game gesture after lengthy discussions with the team’s leadership group as part of an ongoing commitment from Cricket Australia to improve community education around Indigenous culture. In an exclusive column for NewsCorp, Gardner said it was important for sport across the globe to help stamp out racism as well as to raise awareness of issues facing First Nations people through movements like Black Lives Matter and Free the Flag.

“Our team, and the New Zealanders, will come together on Saturday and strongly reinforce that any form of racism or discrimination has no place in cricket, in sport or in our wider society,” she said.

While opening up about her personal experiences of racism, Gardner said the Australian cricketers wanted to use their positive influence to stamp out prejudice.

“We still have a long way to go before we’re in a more comfortable place all around the world, but sport is a big driver in helping educate the broader community,” she said.

“That’s why the Australia women’s cricket team will use its positive influence to help stamp out racism.” 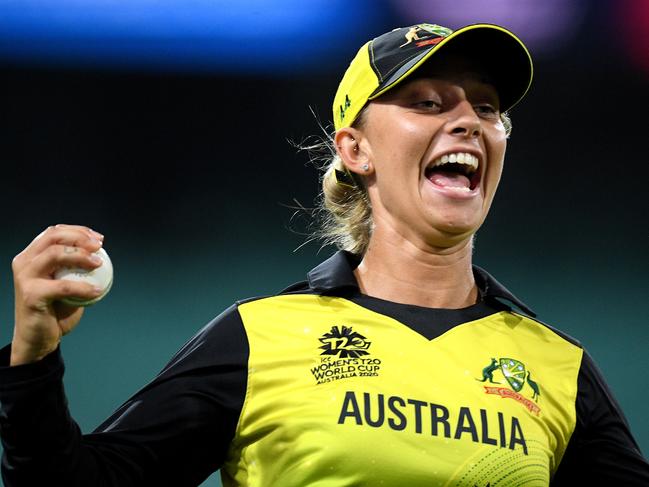 Gardner, playing in the T20 World Cup earlier this year, says a lot of the racial slurs and comments are made by people hiding behind a computer screen.Source:AAP

Australian coach Matthew Mott said he was proud to be part of creating change.

“Taking our shoes off and connecting to country means a lot, it’s very significant and it’s a great way for us to show respect,” he said.

“By doing it, we’ll be celebrating our country’s Indigenous heritage … I’m so excited to be a part of it and we’re excited as a group to start our season off in this way, helping to increase the education around the history of what’s happened and how we can best move forward as all of our cultures come together in this melting pot which is modern-day Australia.”

The cricketers have also made an ongoing commitment to the cause and from now onwards, the players will conduct barefoot ceremonies at every new ground they play on and will undertake three-to-four Indigenous education seminars each year in an effort to further expand the team’s knowledge of First Nations culture. 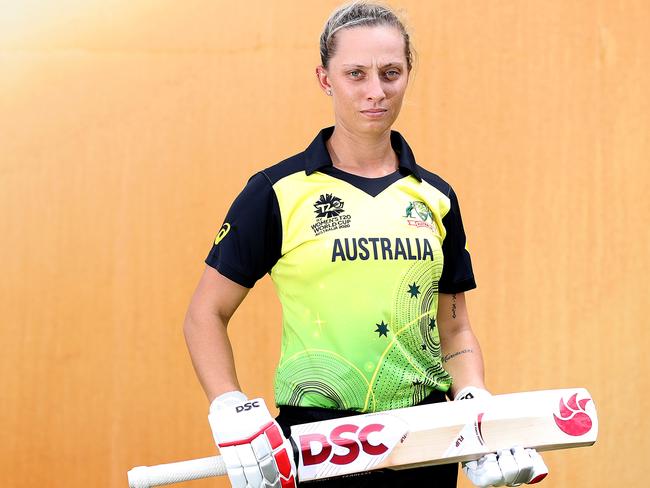 Gardner says there is nothing casual about casual racism, because over time all those small comments actually accumulate.Source:Getty Images

ASHLEIGH: WHY MY ‘COFFEE PHRASE’ MEANS SO MUCH

I am a proud Muruwari woman. I am also a proud Australian cricketer.

And I’m proud that on Saturday, our team, along with the New Zealand Cricket team, will come together before we kick off our Rose Bowl series to strongly declare that any form of racism or discrimination has no place in cricket, in sport or in our wider society.

Just a fortnight ago, fellow cricketer Dan Christian appeared on a Cricket Australia panel discussing his experiences with casual racism and moments later received a demeaning comment on Twitter questioning his Aboriginality.

It frustrated me instantly because people who say these racial slurs and comments are generally hiding behind a computer screen.

In truth, there’s nothing casual about casual racism, because over time all those small comments actually accumulate and can end up having a big impact on the person’s wellbeing.

I bit my tongue because I didn’t want to start an argument over it and that person should have been more educated about how hurtful a comment like that can be.

I always like to use the “coffee phrase”: no matter how much milk you add to a coffee, it’s still coffee. No matter how white someone is, they are still Aboriginal. In action for Australia during the women’s T20 World Cup.Source:Getty Images

Comments like what Dan and I have been subjected to show how far we still have to go to eradicate racism, and I thank Cricket Australia for how quickly they came out and condemned the tweet that Dan was subjected to: it proves to the wider community that Indigenous players have the backing of CA. For that support to come from such a powerful organisation is a big thing.

Sport is so powerful and it’s been pretty cool to see what sport’s been able to achieve over the last few months, with NBA teams supporting the Black Lives Matter movement, to the AFL signing on to the Free the Flag movement and all their teams taking a knee in their first games back after the COVID-19 shutdown.

We still have a long way to go before we’re in a more comfortable place all around the world, but sport is a big driver in helping educate the broader community.

That’s why the Australia Women’s Cricket team will use its positive influence to help stamp out racism in our own country. We also want to help make people feel more comfortable talking about issues affecting Aboriginal people.

I’ve been in a lot of discussions with our leadership group, coach Matthew Mott, and our captain Meg Lanning and vice-captain Rachael Haynes giving them an insight into some of the challenges and issues facing our First Nations people and it’s been really cool to be able to be involved in that, because I’ve never had an opportunity to talk about these things with this group before. Gardner worked on several paintings while she was in lockdown.Source:Supplied Batting for Australia during a 50-over match against India in February.Source:Getty Images

So we’ll be wearing special logos that represent Aboriginal culture on our playing shirts on Saturday, before taking off our shoes so that we’re grounded to the lands, during the acknowledgement of country.

The New Zealanders will do it as well, which is awesome.

And what’s so important to me is that the girls are really excited to further educate themselves on these issues and meaningfully put their hands up in this space so they can be comfortable talking about it.

Recent research found that our team has the highest level of emotional connection with Aussie sports fans and it’s important for us to keep portraying positive messages around issues like racism because they are real issues within our country and people need to know that.

Dandalla team on weather watch ahead of Prix Morny

Moore to quarantine ahead of Irish Champions Weekend

Season could be flipped: CA exploring fixture overhaul for next summer

Goulburn, Scone races: Majestic Wings ready to reach new heights
Five best bets for Newmarket’s Cambridgeshire meeting
Best News
Recent Posts
This website uses cookies to improve your user experience and to provide you with advertisements that are relevant to your interests. By continuing to browse the site you are agreeing to our use of cookies.Ok