BUMBLE ON THE TEST: James Anderson produces masterclass to foil Pakistan while Azhar Ali ignored pressure to frustrate England at the Ageas Bowl

James Anderson edged closer to his target of 600 Test wickets on day three of England’s  Third Test against Pakistan at the Ageas Bowl.

The 38-year-old claimed five wickets in Pakistan’s first innings overall as Joe Root’s side got the visitors out for 273 all out, thereby enforcing a follow-on thanks to their 310 run lead.

Pakistan had frustrated England earlier on in the day, with Azhar Ali hitting 141 not out to relieve some pressure against Root’s bowling attack. 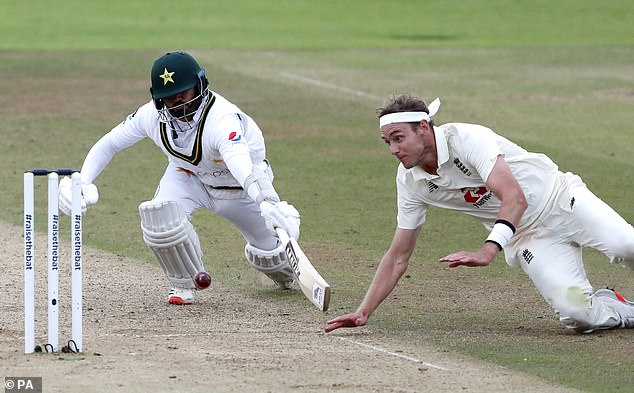 That was a masterclass from James Anderson at the start of the Pakistan innings – and at the end, when England kept dropping catches off him.

He was accurate, intelligent and immensely skilful. What a bowler.

And it’s good to see Joe Root using Jofra Archer in short, sharp bursts. He attacked the crease with legs pumping and real menace, and yesterday after lunch he sent down two overs in which he averaged over 90mph. That’s what fast bowlers do. 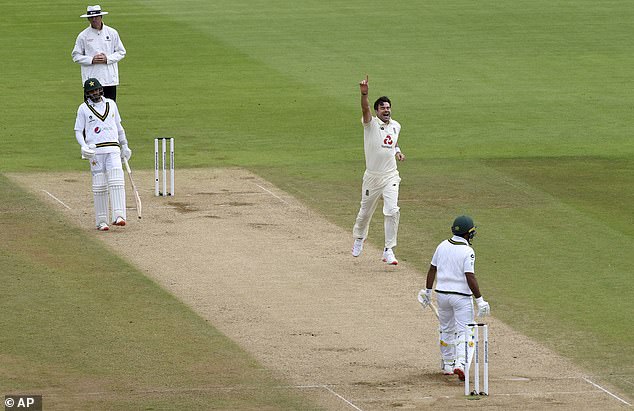 Azhar under pressure but ignores the stick to bat well

Well played, Azhar Ali. He’s had a tough series, and people in England wouldn’t believe the kind of stick he’s been getting back in Pakistan – not just from the media, but from the general public.

I remember asking Wasim Akram once, after Pakistan had lost a series he had played in, whether he was off home. ‘No,’ he said. ‘My house might get burned down.’

The pressure Azhar was playing under yesterday was huge. And he produced a fine innings. 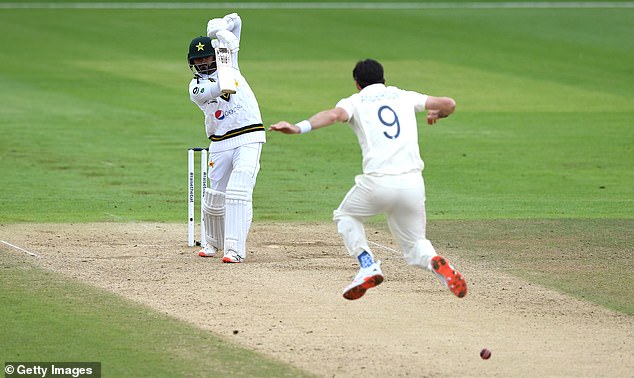 There was a great insight into Zak Crawley at the end of his wonderful 267 on Saturday evening. Nasser Hussain showed him the list of all-time highest scores for England, and Crawley was 10th.

There are some stellar names on the list, and Crawley said he was humbled to be on it.

His mentor, Rob Key, was also thrilled that he had gone past his own best score of 221. Mates really are worth everything. 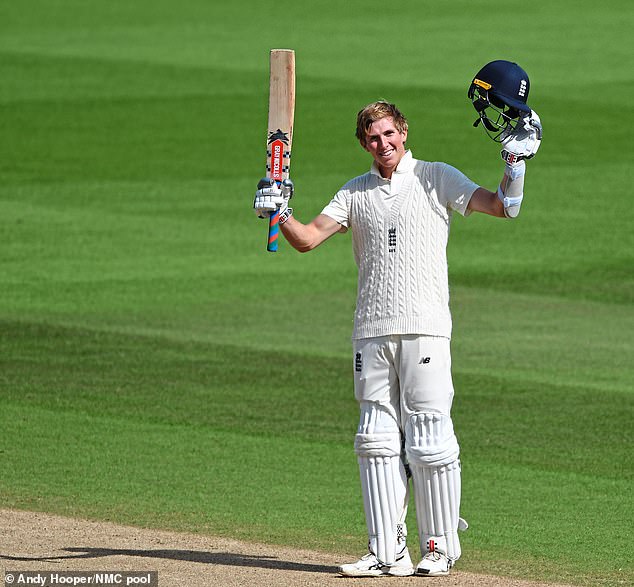 From Australia to… Derby

There was a wonderful picture on social media taken by the Australian spinner Adam Zampa of his socially distanced team-mates wearing masks on a charter flight from Australia to Derby International Airport.

The Pakistanis have spent a few weeks in that lovely city this summer, and it has to be said Derby is fantastic at this time of year.

In fact, it’s a gem so hidden that no one goes there – except Dominic Cork. Enough said. 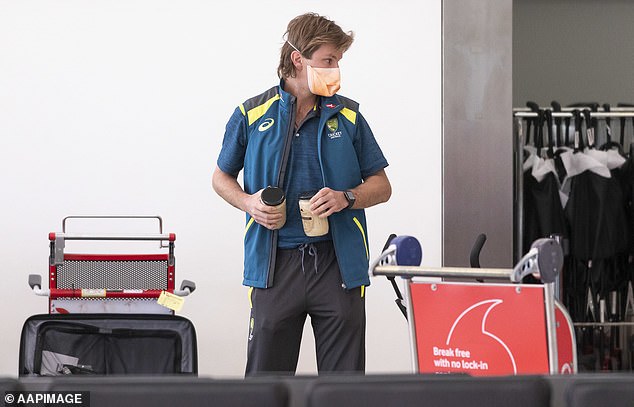 The ICC have been quick to respond to the question of bad light which dogged the second Test, so here’s another little thought for them.

It’s become apparent over the last year or two that a few fielders are wearing what amounts to a pair of fingerless gloves, which I dare say helps them with catching, and may even be a little bit abrasive.

West Indies were all over it during the recent series, and Australia like it too.

I’ve seen one or two England fielders wearing them as well. Yes, this particular handwear stops bruising, but what else does it do?

Don’t be alone in sport

Sobering to read that Gary Ballance, the Yorkshire batsman who has appeared in 23 Tests for England, has been having anxiety issues during lockdown.

Sports bodies are very mindful that players might experience difficulty in this period, and cricket has a brilliant players’ association which looks after their welfare.

The mantra for all of us in any walk of life is ‘don’t be alone’. 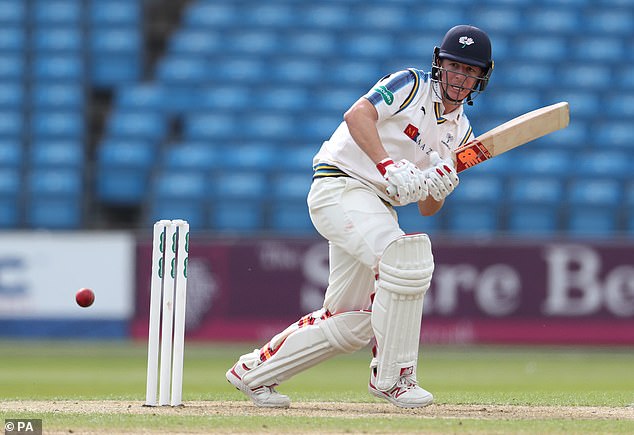 Yorkshire batsman Gary Ballance has been having anxiety issues during lockdown

It was lovely to hear from Bob ‘The Cat’ Bevan in these difficult times.

He’s still his cheery self, beavering away on a vaccine for the coronavirus, and hoping to follow in the footsteps of that Alexander Fleming fellow.

I’ve no doubt that his work is a success, he’ll soon be feeling the sword on his shoulder from his very good friend the Duke of Edinburgh – with Richard Stilgoe playing the piano in the background. The thought brings a tear to the eye…

Audarya springs Romanet surprise at Deauville
Naas review: Chief Little Hawk wins as Heffernan stars
Best News
Recent Posts
This website uses cookies to improve your user experience and to provide you with advertisements that are relevant to your interests. By continuing to browse the site you are agreeing to our use of cookies.Ok