Disgraced trainer Jarrod McLean faces a life ban from racing for allegedly administering EPO to a racehorse after his attempts to prevent Racing Victoria from using police information was thrown out of the Court Of Appeal.

McLean was charged by Racing Victoria stewards in October with doping-related offences and serious misconduct after his injunction bid to prevent RV from relying on information seized in a police search of his Yangery home was quashed in the Supreme Court. 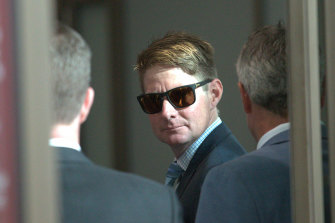 Disgraced trainer Jarrod McLean faces a life ban from racing for administering EPO to a racehorse after his attempts to prevent Racing Victoria from using police information was thrown out of the Court Of Appeal.Credit:Jason South

On Thursday, three Court of Appeal judges upheld the decision made in the Supreme Court.

"In our view, the [Supreme Court] judge was correct to conclude that a contravention of the Rules of Racing was 'unlawful activity'," the judges wrote.

"In any event, possession of EPO is a criminal offence.

"The affidavit of Detective Superintendent White described a proper basis for a suspicion that the
applicant was in possession of EPO and that it had been administered to a horse he trained.

"Although Racing Victoria was not responsible for the investigation and prosecution of criminal offences arising in the context of racing, serious misconduct, which might be both criminal and a breach of the Rules of Racing, is relevant to Racing Victoria and the maintenance of integrity in racing."

The judges added that even if the disclosure of the information had been unlawful, "we would not
restrain Racing Victoria from using the material for the purposes of disciplinary proceedings".

During the Court of Appeal hearing in July, lawyers for McLean argued that police should not have told Racing Victoria that it found syringes in his bedside drawer containing traces of EPO as they had not used that information to charge him with a crime.

"In our respectful submission, the only legitimate use of the material seized was by the police and given that they have determined not to use it themselves, it was incumbent upon them to keep it to themselves and the use by RV should be restrained," Andrew Broadfoot QC, representing McLean, said. 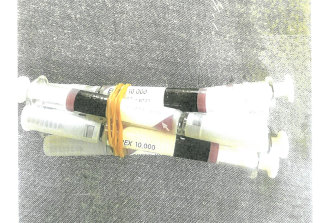 "In this case, between executing the warrant [on January 30, 2019] and the 20th of August, police undertook an investigation into what was seized.

"About the 20th August, 2019, the police, having determined not to bring charges about what they had seized and learned as a consequence, decided to write a very detailed letter to RV and to include various documents containing information learned by them as a consequence of conducting criminal inquiries."

McLean had at one stage told police that the syringes of EPO were for personal use, before DNA tests later revealed traces of horse blood on the tip of one of the syringes. DNA linked that blood to McLean’s retired jumps horse Cats Fun.

Middlesex employ Cornish as 'advisor' a year after Somerset sacking

NASCAR’s Johnson joining IndyCar on 2-year run
Melbourne and Caulfield Cup orders of entry released
Best News
Recent Posts
This website uses cookies to improve your user experience and to provide you with advertisements that are relevant to your interests. By continuing to browse the site you are agreeing to our use of cookies.Ok