A senior Cricket Australia executive has issued a defence of the Big Bash League after a fortnight of scathing criticism from broadcasters, saying the availability of Australian internationals had never been "the be-all and end-all" of the competition and reaffirming the governing body's commitment to a full home-and-away season.

The Twenty20 competition was in the sights of Seven West Media as its chief executive James Warburton unloaded on CA over concerns about its deteriorating quality last month, threatening to tear up the network's $450 million cricket contract. Nine chief Hugh Marks also last week questioned CA's strategy in extending the duration of the BBL in recent years, saying “there was just too much cricket”, while even Australia's limited-overs captain, Aaron Finch, has conceded the jump from 10 to 14 matches in a regular season was "probably a little bit too drastic". 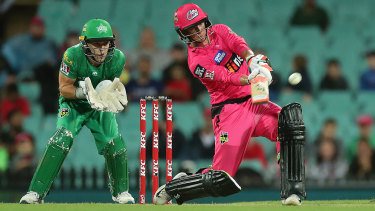 As CA prepares to unveil the revised dates and venues for this summer's showpiece – Australia's four-Test series against India – it has jumped onto the front foot about its most scrutinised product.

The game's governing body is on Friday announcing a new deal with long-time BBL naming-rights backer KFC which also extends into supporting the WBBL and the Australian's women's team. Anthony Everard, CA's executive general manager of fan engagement, said "it was a great vote of confidence in the strength of the competition".

"They've been with the BBL since day one … it's delivered significant commercial returns for them and they obviously have a high degree of confidence that will be the case into the future as well," Everard said on Thursday.

"Inevitably, all sports leagues ebb and flow over a period of time. But they wouldn't be renewing if they didn't have a high level of confidence in the future of this competition and weren't entirely satisfied with the value that it's brought them to date." 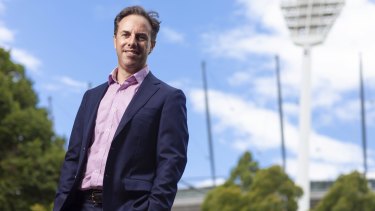 Anthony Everard is a former head of the Big Bash.Credit:Eamon Gallagher

Seven's major gripe was a further draining of Australian players from the Big Bash this season due to a congested international schedule and the need for bigger national squads in biosecurity bubbles.

While the network had been alarmed that the league might be stripped of one-day internationals like Finch and Glenn Maxwell for longer periods, not only the Test players, Everard argued the tournament's capacity for uncovering stars of the future such as Jofra Archer, Josh Philippe and Riley Meredith had more to do with its steep rise over much of the past decade than the national players on display.

"The involvement of whether it would be international players or even the Australian players has never been the be-all and end-all of the success of the BBL," he said. "Almost its best kept secret has been uncovering the new generation of stars."

A former BBL manager who now sits one rung below the chief executive in CA's organisation chart, Everard does not believe the 56-game regular season, up from the 35 matches played during its heyday on Network Ten, is too long.

"We're at a point in time now where, yes we are playing extra games," he said. [But] in the broader scheme of things it's still a reasonably short season with a reasonably small number of games relative to certainly many of the football codes. It's the evolution of the competition and we'll continue to monitor that and make the necessary adjustments.

"But generally speaking it clearly resonates very strongly with families over summer particularly in school holidays and we're very comfortable with the trajectory. Our commitment to the full home-and-away season is very much in place."

CA's re-signing with KFC came despite a bid by McDonald’s to poach the BBL sponsorship, with the fast food rival offering more than $2 million a year more.

George Main Stakes: Chris Waller finds key to Kolding and why a Melbourne spring is off the radar

Michael Holding slams England and Australia for not taking a knee
Big Bash League: Colonel Sanders ousts Ronald McDonald in BBL sponsorship battle
Best News
Recent Posts
This website uses cookies to improve your user experience and to provide you with advertisements that are relevant to your interests. By continuing to browse the site you are agreeing to our use of cookies.Ok