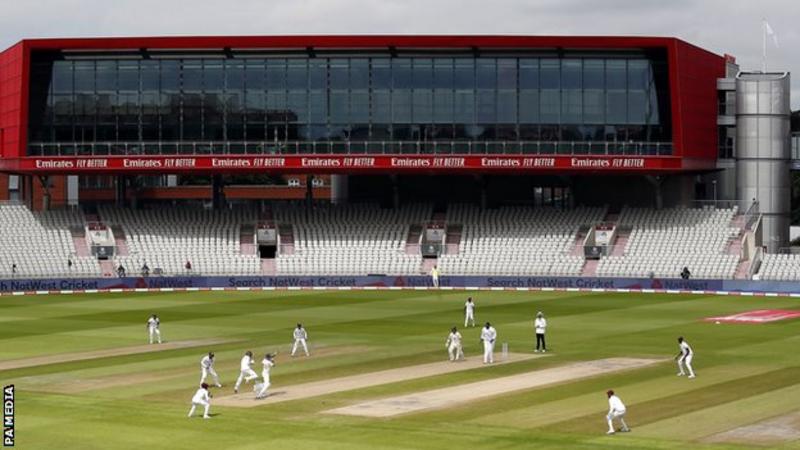 The England and Wales Cricket Board does not believe England’s first Test with Pakistan at Emirates Old Trafford will be affected by extra coronavirus restrictions in Greater Manchester.

The government has banned separate households from meeting each other indoors across the area.

The opener against Pakistan starts on Wednesday, 5 August.

The ECB says it will continue to follow government advice, but protocols in place will allow the game to proceed.

England recently completed a 2-1 series win over West Indies, with the final two Tests taking place at Old Trafford in a bio-secure bubble without spectators.

The new lockdown rules in Greater Manchester, as well as other areas in the north, came into force at midnight after a spike in coronavirus cases.

The measures mean different households will not be allowed to meet in homes or private gardens. Individual households will still be able to go to pubs and restaurants but not mix with another households.

England’s victory over West Indies moved them third in the World Test Championship, behind India and Australia.

The second and third Tests against Pakistan will be played at the Ageas Bowl in Southampton.

Boris Johnson abandons crowd trial at sporting events
England’s David Willey says his ‘best cricket is still to come’ after starring role in first ODI
Best News
Recent Posts
This website uses cookies to improve your user experience and to provide you with advertisements that are relevant to your interests. By continuing to browse the site you are agreeing to our use of cookies.Ok