Enable could only finish sixth as Sottsass led home a clean sweep for French-trained runners in the Prix de l’Arc de Triomphe at ParisLongchamp.

Third in the race 12 months ago, trainer Jean-Claude Rouget had stated that only one day mattered for the four-year-old this year and he proved trained to perfection.

For John Gosden’s Enable, chasing history with a third victory in the race, she was bogged down in the heavy ground and suffered interference when the pace quickened.

In contrast, Sottsass picked up smartly and stayed on well to beat In Swoop, with Persian King hanging on for third having made the running, just ahead of Gold Trip. Enable’s Gold Cup-winning stablemate Stradivarius was seventh.

As a result of the interference, a stewards’ inquiry was immediately called.

However, after a short deliberation the placings remained unaltered. 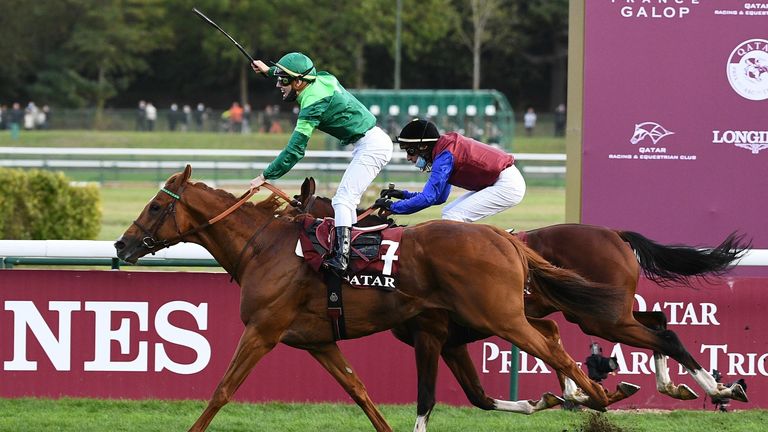 While Enable did not manage to win a third Arc, she will still go down in history as one of the greatest racemares to have graced the sport.

As well as her two wins in the Arc, she won the King George VI And Queen Elizabeth Stakes at Ascot three times, the English and Irish Oaks and at the Breeders’ Cup.

Save over 25% with a NOW TV Sky Sports Pass

Catch the action for only £25 a month with this limited time offer. Watch the Premier League, Formula 1, PGA Tour and much more. Cancel any time.

Sottsass won the French Derby last season, but had failed to set the world alight this year. However, Rouget had been making increasingly confident noises in recent days and his colt had been well-backed. 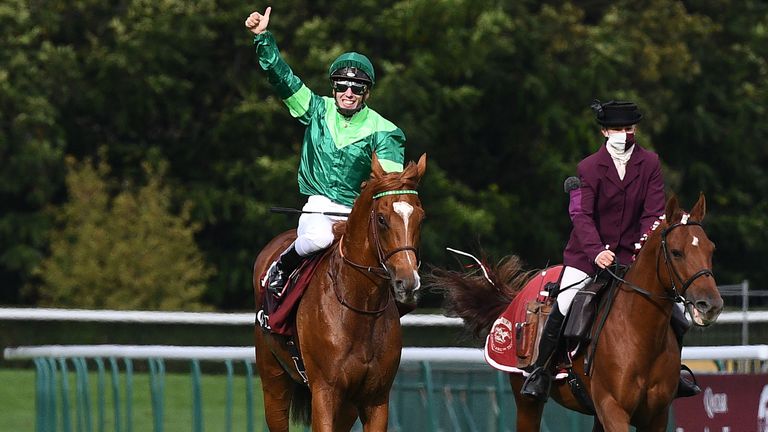 When the pace quickened in the straight Dettori had Enable in the perfect position to strike, with Stradivarius on her outside, but she when she needed to quicken, the heavy ground meant she was unable to use her raking stride and she was beginning to send out distress signals when squeezed up.

In Swoop, the German Derby winner, was predictably strong at the finish, but Sottsass was always doing enough and held on by around half a length.

Turnbull Stakes: Verry Elleegant leads home Toffee Tongue, Finche in Chris Waller clean sweep
Waterlogging claims Stratford card
Best News
Recent Posts
This website uses cookies to improve your user experience and to provide you with advertisements that are relevant to your interests. By continuing to browse the site you are agreeing to our use of cookies.Ok