England code of courage, unity and respect has been broken by Archer

England team try to live by code of courage, unity and respect and Jofra Archer has broken it by returning home between Tests and putting his team-mates in danger

Courage, unity, respect. They have been the buzzwords for England cricketers since a review into team culture following the Bristol brawl in 2017 and the embarrassment of drink-related incidents on the Ashes tour that followed it.

Those rules are the crux of a code of conduct introduced, in part, to make Jofra Archer feel part of the England collective. Rules that, as Eoin Morgan says, are about a ‘sense of belonging’ where ‘nationality is not important’.

Those three words are the mantra of both England captains — Morgan and Joe Root — and, as explained in the insightful new book Morgan’s Men which charts last year’s World Cup triumph, epitomise the code their players should live by on and off the field. 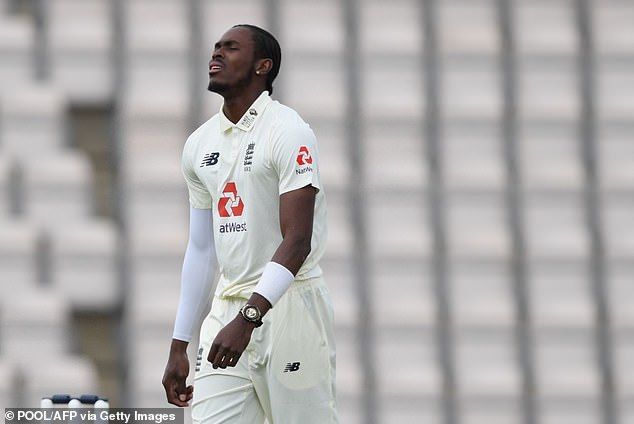 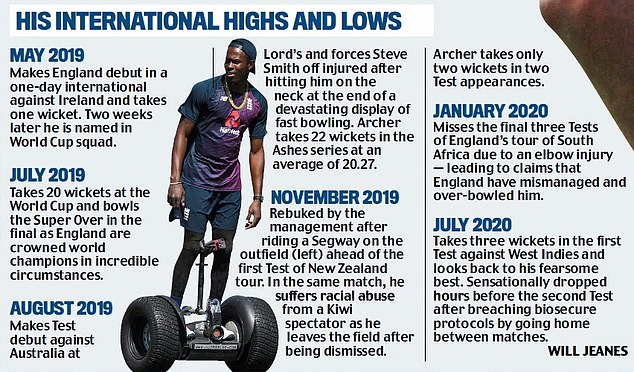 They are told: ‘Live your life in a way that respects your team-mates and what you are trying to achieve together.’ Well, Archer has broken a code that was created partly to embrace him as a significant member of England teams across all formats.

He has disrespected his team-mates and all those at the ECB who have worked so hard to make cricket possible in this wretched summer.

And he has disrespected the West Indies players who have sacrificed so much to come here for very little personal gain, then acted with such dignity and professionalism in their defence of the Wisden Trophy. 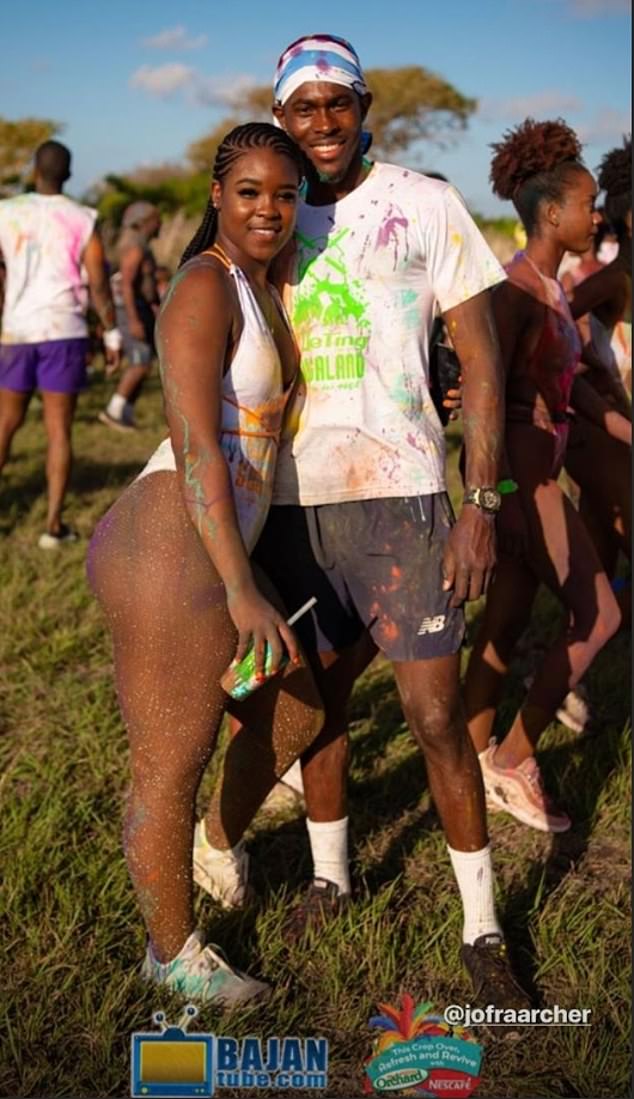 He has shown a lack of unity with all those, in and out of the England team, who have very much been in this together for the betterment of a game where livelihoods have been placed at considerable risk by the Covid-19 crisis. Not only players, management and broadcasters but unsung heroes such as catering and hotel staff.

And he has shown a lack of courage in not facing up to his commitments as an England player who was trusted to act responsibly by completing a simple journey from Southampton to Manchester on his own.

There can be no defence of Archer, 25, over his unscheduled trip home to Hove on Monday en route to Emirates Old Trafford for the second Test. It might seem a trivial offence. After all, what harm could possibly be done by popping home for an hour? 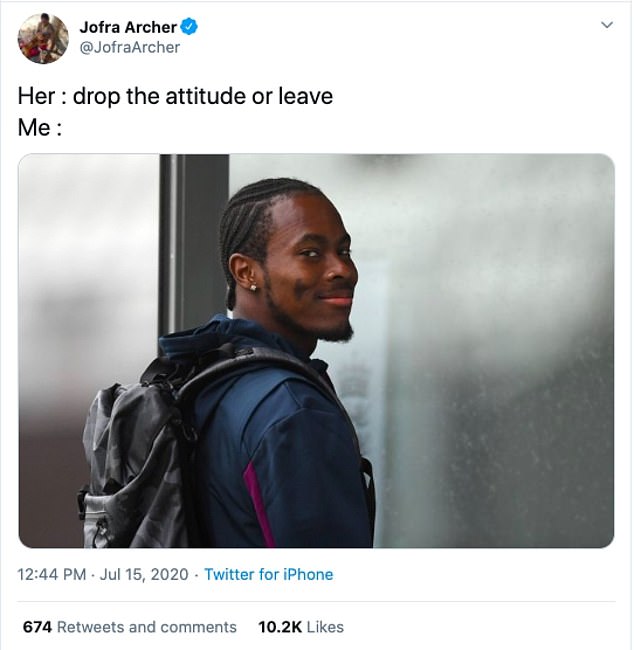 Actually, a huge amount of harm. For in the context of this biosecure environment, this is a very serious breach of painstakingly constructed regulations.

Make no mistake, Archer was jeopardising the financial future of a game that ECB chief executive Tom Harrison estimates would have lost £380million if the whole international season had been wiped out.

An abandonment of this Test series and probably the one against Pakistan that quickly follows would surely be the consequence if there was an outbreak of Covid-19 within the strict biosecure environment that Steve Elworthy and his ECB team have created.

And that is without the very real risks that Archer was taking with the health of his team-mates, the West Indies players and those behind-the-scenes workers by spending an hour in the company of a friend at home before making his way to Manchester. 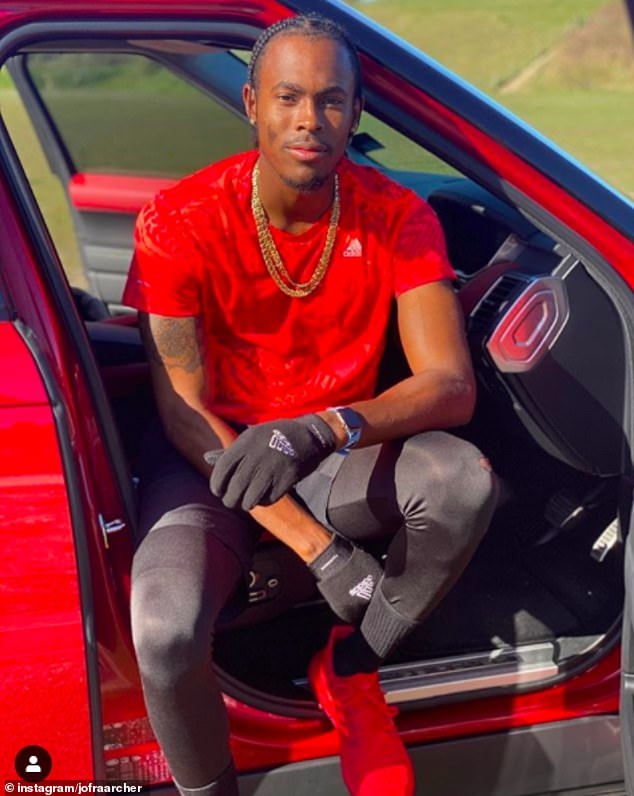 The most charitable explanation is that Archer was naive, that he did not take in the instructions that have been hammered home to all the players who agreed to put their lives on hold to get the international show back on the road.

This is, after all, a unique situation and there is a lot to take in for young people who would rather concentrate on their cricket than the 75-page document outlining rules that even the 12 members of the written press invited into the bubble had to digest.

If he is being naive, he can be given the benefit of the doubt as a truly gifted, special cricketer who has already attracted an unfair amount of criticism in his short time as an England star, perhaps because he is still seen by some as an outsider.

But if Archer has wilfully ignored the regulations, if he has just decided he is above what would have been clear instructions given to the England team on their travelling arrangements, then he needs to be fined and banned for this series. 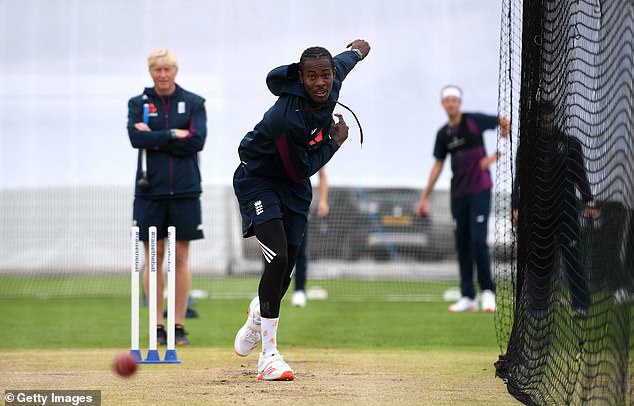 Remember the words of Ben Stokes, who has turned his life around since that Bristol brawl to become the epitome of a dedicated, selfless team man, before the first Test?

‘I feel as though a lot of respect has been shown by both sides to make this work,’ said the then stand-in captain. ‘Because if we get one thing wrong, it might blow this whole “get sport back on the radar for people”.

‘So we are grateful for the opportunity to get back on to the field and we’ll be doing everything we can to make sure we don’t mess this up.’

Archer could easily have messed the whole thing up on Monday. 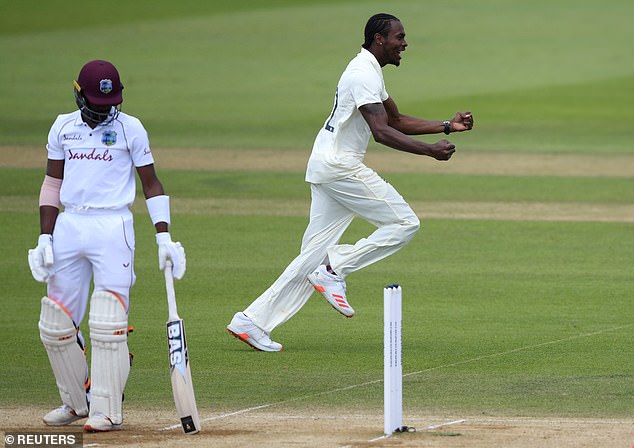 The last person to fall foul of England’s mantra was Alex Hales, Stokes’s drinking partner on that ill-fated night in Bristol.

He is yet to ‘regain the trust of the team’ and remains in exile after failing a second test for social drug use.

What Archer did is clearly not as bad as that, but it could have had disastrous consequences.

He needs to take a leaf out of the reformed Stokes’s book now by looking at how he deals with the responsibility that comes with being a high-profile sportsman.

And he might have to prove all over again that he can show courage, unity and respect in the way he conducts himself as an England player. 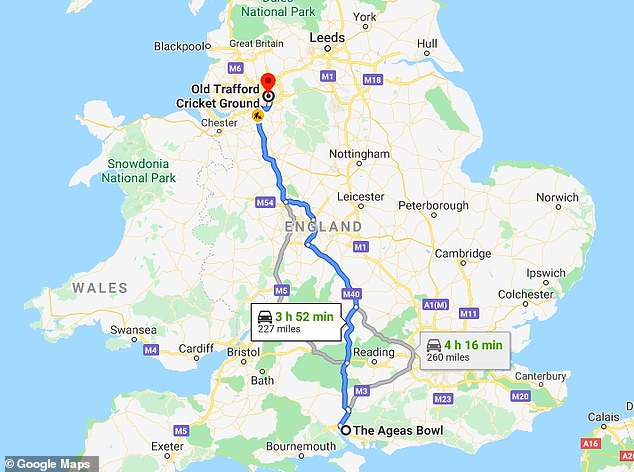 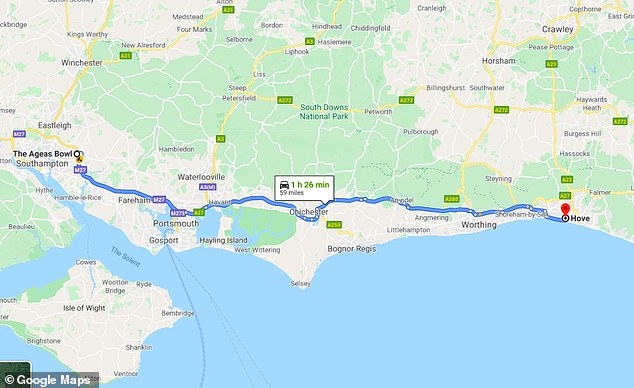 NASSER HUSSAIN: Old-fashioned Dom is the opener we've been craving
TOP SPIN ON TEST: Crawley's Golden Duck was third by No 3 in a year
Best News
Recent Posts
This website uses cookies to improve your user experience and to provide you with advertisements that are relevant to your interests. By continuing to browse the site you are agreeing to our use of cookies.Ok