Most of us have dulled in lockdown. Even those of us who have improved have merely smoothed off a rough edge that made us unique. But the months in isolation have done little to diminish Test cricket’s appeal. West Indies may have triumphed by four wickets to go 1-0 up, but cricket as a whole won this week.

The last five days have shown that even with the frustrations of rain and light, the game has an unparalleled ability to lead us on and then ransack our nerves. And if you are a West Indies fan, coming through these moments to victory, there is nothing sweeter.

We can probably stop talking about their great sacrifice to be here, even if we should not forget it. Because once this first Test began on Wednesday, they only had sights on a victory they secured on the final evening by four wickets. Just their second Test win in England in 20 years.

For that they have a few to thank. Their bowlers, for one, notably Shannon Gabriel whose two wickets bowled out England for 318 this morning, backing up his fine work late on Saturday to give him five for 75 in the innings, and nine for 137 in the match. That the batsmen were only chasing 200 was down to the perseverance of their bowlers.

But it was Jermaine Blackwood who would seal victory with the sort of innings that could not sum him up better. Among shots few others could play, there were some even he shouldn’t have: a batsman who has an angel on one shoulder and the devil on the other. His first-class average of 33 with 45 scores over 50 but only five of three figures suggests he spends more time listening to one than the other.

Yet against England, he comes alive, and having led West Indies to victory against them at Barbados in 2015 and provided a flash 41 to rubber stamp that famous win at Headingley in 2017. Now he can add this thrill-a-ball 95 to his match-winning exploits against them. His Test numbers may be unremarkable, but he averages 55 against this opposition, and he’s got two more goes at them in the next fortnight.

Deep down, though, England will look at that 95 and know it should be much lower. Just as their batting let opportunities slip through their fingers, so did their fielders today. Three of them were in favour of Blackwood. His first reprieve came against Dom Bess on five when skipper Ben Stokes moved to his right anticipating a cut shot that was edged to his left. 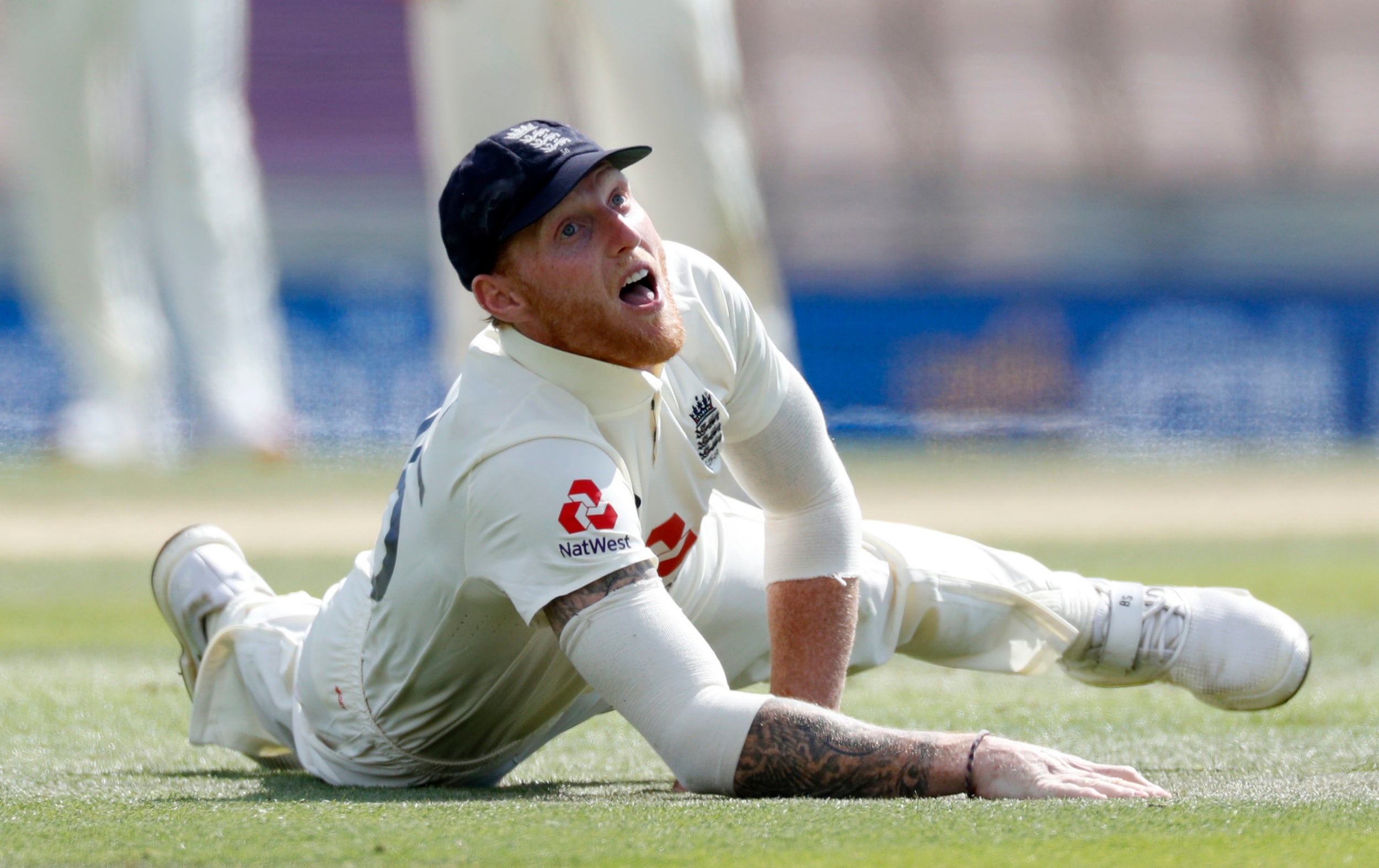 Stokes then missed out on Blackwood’s wicket – on 20 – when a delivery climbed and caught his club through to Jos Buttler, whose spilled a routine catch while diving to his left. It was Buttler, too, who failed to stump Blackwood back in that 2015 win. This miss capped off a disappointing Test for the wicketkeeper after scores of 35 and nine.

The third – perhaps the easiest – came 22 balls later when an attempted drop and run at Zak Crawley’s feet found him stranded halfway down the pitch. But the 22-year old could only grope at the turf in front of him allowing Roston Chase to come through for a single to ensure it was 83 for three rather than 82 for four.

Indeed the nature of this West Indies batting card, one whose previous away win came in October 2017 against Zimbabwe in Bulawayo is why we could not put stock in the fact that they had never previously failed to chase a total of 200 or fewer in 60 attempts. Nor that England had only successfully defended a similar target just six times in the last 60 years. Make that 61 and six.

For the six wickets England were able to get, the majority of their good work was done by Jofra Archer and a three for 45 that threatened to turn the match. After a turbulent winter dogged by a stress fracture to his elbow, this was the return of a bowler who helped make the summer of 2019 what it was.

Many were quick to jump on his first innings return of 22 overs without a wicket. Fellow Bajan Tino Best, an avid fan of his own voice, had a back-and-forth with Archer on the evening of day three saying he was bowling like toothpaste. Given the speed and quality on show during his 17 overs, Best might need some of that to rid the taste of his own words out of his mouth.

Archer’s first victim, in a way, was John Campbell: a searing yorker from his first delivery struck outside the line but straight on the right toe. There might have been nothing in the wicket column, but the loss of a blitzer whose regular cameos are usually unfulfilling but exactly what turns the tide of a low chase was a dent to the cause.

So, too, was the separation of Kraigg Brathwaite and Shai Hope, the heroes of the Headingley ’17 chase. What was a stand of 143 then was just one here as Archer forced the former to play onto his stumps. The scalp of Brathwaite, the barnacle of this line-up, was the one England wanted.

Shamarh Brooks was next to go 12 balls later – pinned so obviously in front that Archer continued his follow-through right the way past the batsman and into the embrace of his teammates. Hope – the twin-centurion three years ago – found himself walking back after Mark Wood cut a delivery into him and displaced his off stump.

At 35 for three at lunch, England were the happier. But the 50 minutes after the restart went the way of Chase and Blackwood. Both were able to check off some of the remaining 165 as errors began seeping into the field.

So came the the final two of Blackwood’s lives in the space of 15 minutes. Maybe the moment to sum up this desperate period was when Stokes drew an edge from Blackwood which Rory Burns missed at gully. Not only did he fail to pick up the ball, but even had the catch been taken, the dismissal would not have counted. Stokes, as it happened, had over-stepped.

We’d seen this all before. An England taking a tempestuous turn in the field, letting frustrations get the better of them. Without a crowd to lift them, with the runs required approaching double figures, whatever boost had to come from within those on the field.

Archer’s reintroduction was able to provide it momentarily: extra zip, supplemented by some extra bounce, managed to find something outlandish within a sensible pitch to rise up and take the shoulder of Chase’s bat to end the fourth-wicket stand on 73. Buttler, this time, made no mistake.

He thought Shane Dowrich had been snared by similar means, but the elbow was grazed rather than the bat. He and Blackwood were able to make it through to tea with 57 to get.

Dowrich would eventually fall to Stokes, caught behind the ball after yet another no ball had ruled out an edge to slip. There was a hint of drama on the horizon with 32 still to get and five wickets to play with. But a few more full-blooded drives – some just out of the reach of fielders – Blackwood took any jeopardy out of the game.

A bend of the knees and forceful rolling up of his wrists guided his final boundary over the top of the slips to bring West Indies within 11 of the win. And then he blazed one straight to Anderson mid-off, the same way he was dismissed in the first innings, to remind us what he is all about.

That might sound disingenuous. But there is a mental quality to the Jamaican that allowed him to do what he did here. Some players shrink with every life they get: each a reminder of the risk that comes with playing this format with any kind of expression. Blackwood, though, was unwavering in his sense of self, and that may be the most heartening thing to take from this West Indies side.

From their black glove salute to the Black Lives Matter before the first ball, to Campbell hobbling back to the middle, wearing a bouncer from Wood and then hitting the winning runs, here are a group who are proud of who they are and what they stand for.

Both sides deserve credit from the wider game for coming together to bring cricket back and give their all to make it worth everyone’s while. The future is a lot clearer because of their work. Particularly for the West Indies, who now lead the three-match series 1-0.

Slam-dunk pick: Wallace in No. 23 for Jordan car

Loy in hospital after trackwork incident

Raceday focus: Best bets, inside mail for midweek NSW racing
Ben Stokes reacts to England's shock defeat to West Indies in first Test
Best News
Recent Posts
This website uses cookies to improve your user experience and to provide you with advertisements that are relevant to your interests. By continuing to browse the site you are agreeing to our use of cookies.Ok