Leicestershire's Klein slammed for run out attempt that hit Lamb

‘There’s being competitive then there’s being a d***… the bowler is the latter’: Leicestershire’s Dieter Klein slammed by cricket fans for aggressive run out attempt that hit Lancashire’s Danny Lamb at close range and saw his side penalised five runs

Leicestershire pace bowler Dieter Klein has been slammed by cricket fans after hitting Lancashire batsman Danny Lamb with an aggressive run out attempt which cost his side five runs.

The left-arm seamer – who picked three wickets on the first day after competitive country cricket finally made its return on Saturday with the Bob Willis Trophy –  had come around the wicket in the morning session to try and trouble Lamb.

However, the South African- born German cricketer let frustration get the better of him when Lamb drove a full ball straight back to him. 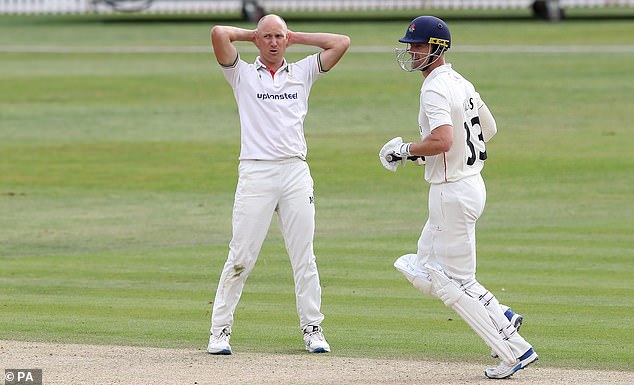 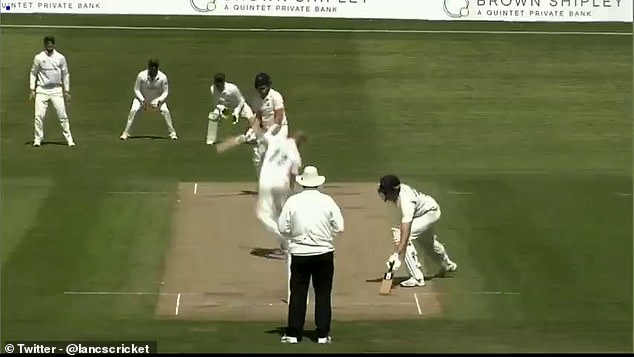 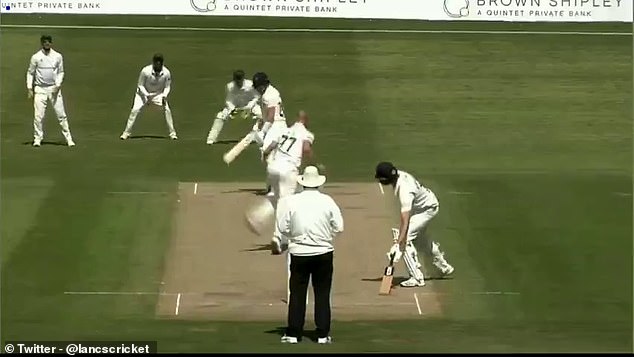 The 31-year-old bowler picked up the ball and almost instantly threw it right towards the batsman in the hope of hitting the stumps and catching Lamb out of his crease.

However, the ball ended up hitting Lamb’s leg and after suffering the unexpected blow, the Lancashire batsman quickly hobbled away in pain.

Deeming the throw as a sign of malicious intent, the on-field umpires convened and decided to slap the bowling team, Leicestershire, with a five-run penalty. 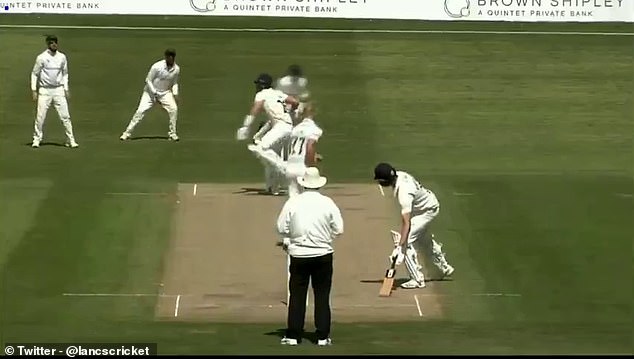 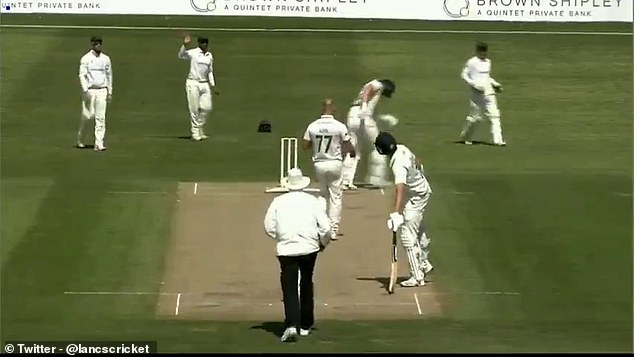 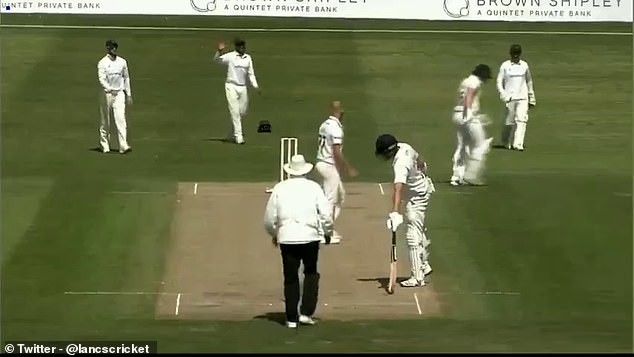 The incident drew fierce criticism from Twitter users, who were disgusted with Klein’s actions.

One wrote: ‘Think the batsman should be allowed to re pay the touch with his bat to the bowler, there’s being competitive then there’s being a d***.. and on this occasion the bowler is the latter.’

Another Twitter user was equally critical, saying: ‘No spirit in that at all! Petulant behaviour in my opinion and Leicestershire should deal with him as they should be embarrassed by the act.’

Another person called for a harsher punishment, stating: ‘He should be suspended for a few games. You can clearly see Lamb was still in his crease, as soon as Klein launched it at him!’

Another agreed, adding ‘5 run penalty is too lenient.. In my opinion. [It’s the] same penalty as [the] ball hitting a helmet kept on the field..???’

Some however saw the opportunity to make a witty reference to football, where decision-making remains controversial, adding: ‘Why didn’t the umpires consult the pitch side monitor. What use is var If they don’t use it properly etc..’

MARTIN SAMUEL: We should be saying sorry to the West Indies

JASON HOLDER: We will all rally around Jofra Archer

Duke Of Hazzard set for Marois mission
Indian Premier League: Twenty20 tournament to be held in UAE from September
Best News
Recent Posts
This website uses cookies to improve your user experience and to provide you with advertisements that are relevant to your interests. By continuing to browse the site you are agreeing to our use of cookies.Ok