Seven more Pakistan players get coronavirus ahead of England series

England’s upcoming Test series against Pakistan has been thrown into further jeopardy after SEVEN more of the tourists’ players tested positive for coronavirus.

Leg-spinner Shadab Khan, fast bowler Haris Rauf and uncapped batsman Haider Ali, who are all said not to be displaying any symptoms, were the first three to test positive and must now self-isolate for a fortnight before undergoing further testing.

Despite the flurry of positive tests and the virus appearing to spike at an alarming rate in Pakistan, the cricket board’s chief executive Wasim Khan is insisting that the tour is still on and that the team will leave for England on Sunday. 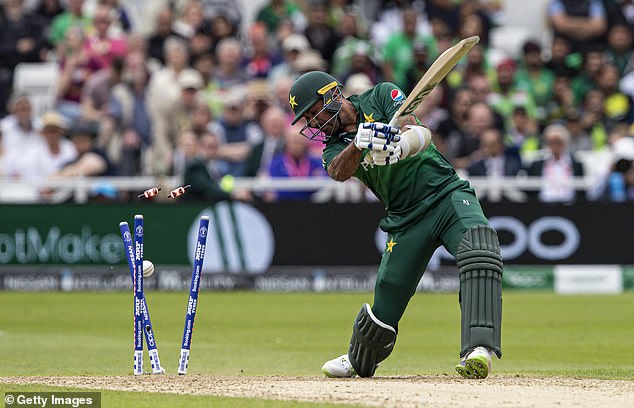 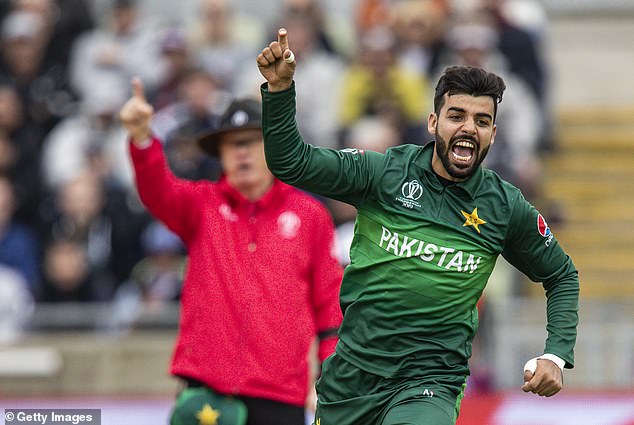 A charter flight is due to leave Lahore for Manchester, with the first of three Tests due to start at the beginning of August.

The players who have tested positive for Covid-19 across the last two rounds of testing will not travel with the team initially due to self-isolation measures, but could join up at a later date when they receive negative results.

News of the seven additional positive tests comes just hours after England’s team director Ashley Giles moved to ease any concerns about Pakistan being able to follow the West Indies in playing Test cricket in England this summer. 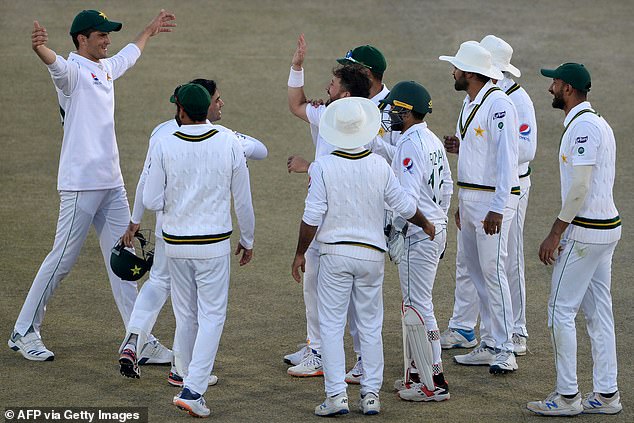 ‘It’s a concern, mostly for the welfare of the players who have tested positive, but at the moment I don’t think the series is in doubt,’ he said ahead of the proposed matches at bio-secure venues of the Ageas Bowl and Emirates Old Trafford.

‘We’re far enough away from the Test series to not worry about that too much at the moment. There are some more tests results coming out later from the rest of the group so we’ll see what they say but we’re hopeful that the Pakistan team will be arriving in the country soon.’

But the former England spinner admitted nothing could be guaranteed on the day England’s 30-man training group will head to Southampton to live and train ahead of the first Test against West Indies on July 8. 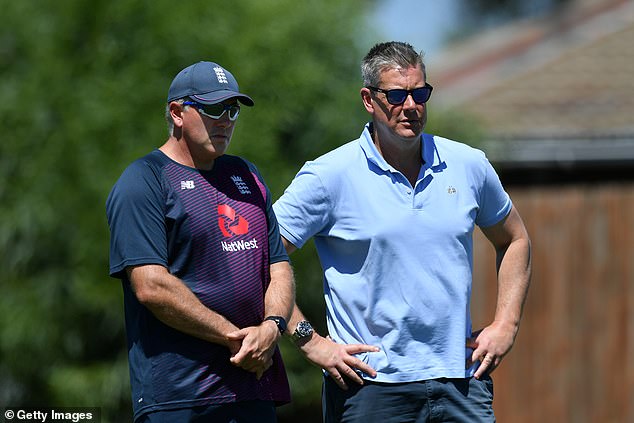 ‘All of this is uncertain still, even the West Indies series, because we know how fast-moving this situation has been around the world,’ said Giles. ‘We’ve been very careful at every step but do we really know what’s round the corner? No. That’s why we’re trying to create environments at the Ageas Bowl and Old Trafford that mitigate enough risk as we possibly can.

‘The situation in Pakistan is not great at the moment and our thoughts go out to the whole country but clearly it’s important we get those guys into the country and we can get on with that series. But, first things first, the West Indies is ahead of us, we go into the bubble today and we’re excited about that.

‘There are a number of hurdles to cross and we are waiting on those other test results but we are far enough out if a number of those results are positive. This is the difference with international sport. We need to get our opposition into the country. Anything that puts that at risk is clearly a problem and it’s such a far reaching issue. It’s a global situation affecting everyone and there are far more important things going on than sport. If we can get international sport on it will be a fillip for so many people around the world.’

JASON HOLDER: England must now come to the Caribbean

England v Pakistan: Azhar Mahmood selects his Pakistan players to watch out for

WBBL06: Who will win? Who are the international players, the stars on show and players to watch?

Bondi Stakes: Peltzer is fighting fit for his first test at the mile

Grand National-winning jockey Liam Treadwell found dead aged 34
England v West Indies: Cricket returns with practice match
Best News
Recent Posts
This website uses cookies to improve your user experience and to provide you with advertisements that are relevant to your interests. By continuing to browse the site you are agreeing to our use of cookies.Ok