Seven West Media has ramped up its battle with Cricket Australia, issuing the game’s governing body a notice on Wednesday that it is in breach of its contract with the network over its proposed schedule for the summer. 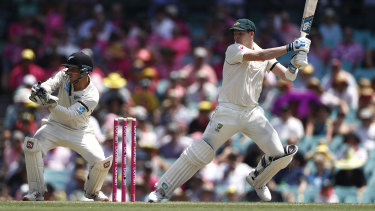 Seven and Foxtel both show men’s Tests under the $1.18 billion television deal signed in 2018.Credit:Getty

In what could be the first step in Seven terminating its $450 million deal with CA, the company has officially notified the organisation of its objection to the proposed fixture calendar and as it stands will not make its next broadcast payment of $25 million which is due on Tuesday.

Labuschagne’s ton leaves Langer in awe, but no guarantee of T20 spot

Melbourne Cup Carnival fashion: What to wear while celebrating spring racing at home

Big Bash League: Colonel Sanders ousts Ronald McDonald in BBL sponsorship battle
Michael Holding slams Aussie cricket team over Black Lives Matter protest failure
Best News
Recent Posts
This website uses cookies to improve your user experience and to provide you with advertisements that are relevant to your interests. By continuing to browse the site you are agreeing to our use of cookies.Ok